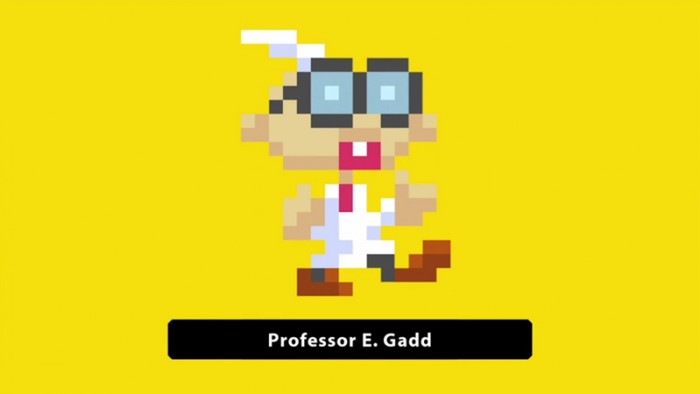 No longer do we have to wait, the latest batch of event courses are out because instead of getting just one, we’ve got five!

Only one will actually reward you with the Professor E. Gadd costume, whereas the other four will simply challenge you. Four courses designed by Nintendo for Tokaigi 2016. Each course was used for the first, second, third and final stage in the finals of the “King of Course Creators/King of Course Players” contest and each one couldn’t be any more different to one another if Nintendo tried. Just because there is no actual reward for beating any of the additional four courses that doesn’t mean you shouldn’t give them a try. After all, sometimes personal satisfaction of a job well done and a challenging course beaten, is a reward in itself.

But if you’re just after the simpler level that pays out, Paranormal Research is the one for you. Sure there are Boos everywhere, certainly enough to keep you on your toes, but with well-timed jumps and a cool head, you’ll be at the flagpole in no time. You can find the course’s description below:

Professor E. Gadd works tirelessly day and night on his studies of spooky spirits.“I fear there may be a new breed of ghost lurking somewhere in this old mansion. Hurry and investigate! You’ll have to see for yourself what haunted secrets await.”

Professor E. Gadd is the beginning of a whole new row and is the 20th costume that can be unlocked via event courses and if what we’ve seen so far is anything to go by, the next nine to follow could really be anything and anyone. But this is also the month of Zelda and Pokémon, two large franchises celebrating their anniversaries, so maybe, just maybe, we could be getting a very special Pikachu and Link. Now that would be something to see.