What’s next for Super Mario Maker? 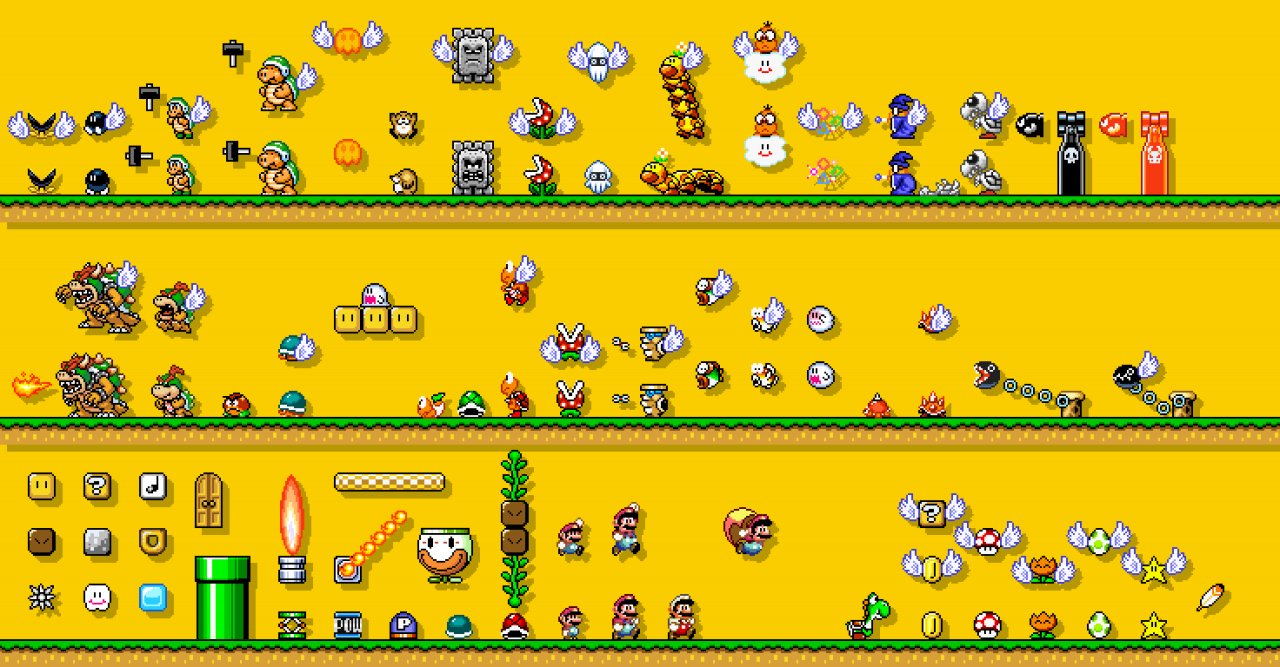 When the new update came out, version 1.30 it brought with it plenty of new features, including world records and the web portal, but with everything we have seen so far, just what is next for Super Mario Maker?

I’m not talking about a Super Mario Maker 2 for the NX, but just what kind of new content can we expect to see in the next update. The endless costumes continue to keep us guessing as to what the next lot be, but as for the actual game itself, as sweet as the new features are, they like those before them will soon lose their effect in time. More level backgrounds, like desert, would be a great addition as it will help usher in a new wave of levels, giving more range to the game, but given what we’ve seen, the likes of a desert or even a winter wonderland look like they will continue to be denied to us, so fingers crossed Super Mario Maker 2, let’s call it Luigi Maker, (Luigi will only get upset otherwise) will feature more background choices.

But as for this game, I’d gladly settle for a new set of obtainable medals, medals that can only be obtained by achieving world records. It would after all give greater reason to strive so hard to obtain them and increase replay value. Sure bragging rights is reason enough, but bragging rights and a set of shiny medals will really make us feel smug and maybe in the course world, in the profile sub-screen, in-between Starred courses and Played courses, Record courses can be added. So that way when we beat the World record on a course, we can check back on it whenever we want, to make sure we still have the record on the level, or just to see how many current records we have.

Another new feature they could include is of course enabling us to make levels that scroll from bottom to top, forcing the player to race to the top, or even faster Thwomps. Angered, red coloured Thwomps that just can’t wait to slam down on us that they are constantly thwomping, without needing to be activated by our presence. Oh and what about a function that would allow us to hide items, such as the P-Switch, inside enemies, such as Bowser Jr. to ensure we battle him instead of running to a tunnel, a door or just away.

Now seeing as how we’ve covered functions and features, why not costumes? They are quite literally going in all directions, so within some reason, just what costumes should make it into the game. Nintendo said they wanted ones we would recognise the world over, so if they won’t give us Cloud, Steve from Minecraft, or Mr L, why not give us Kylo Ren. Star Wars is killing it right now and with so many music levels dedicated to the series, why not give us a character from it? It would certainly be an awesome touch and it wouldn’t just have to be Kylo Ren, almost all of us would gladly accept a Storm Trooper costume. Hell, even James Bond, aka Daniel Craig, himself thinks Storm Troopers are so cool that he actually played one in Episode 7. (He was the Storm Trooper Rey uses the Jedi mind trick on, to free her and leave his gun). You’ve got to admit, it would be freaking hilarious to see a star powered Storm Trooper charging full speed toward Bowser.

Super Mario Maker really is a game where all bets are off and anything can happen and that’s what is so great about it and given the attention we saw Nintendo give Splatoon, I’m really hoping they do the same here. It’s exactly the type of love this award winning game deserves.

One thought on “What’s next for Super Mario Maker?”