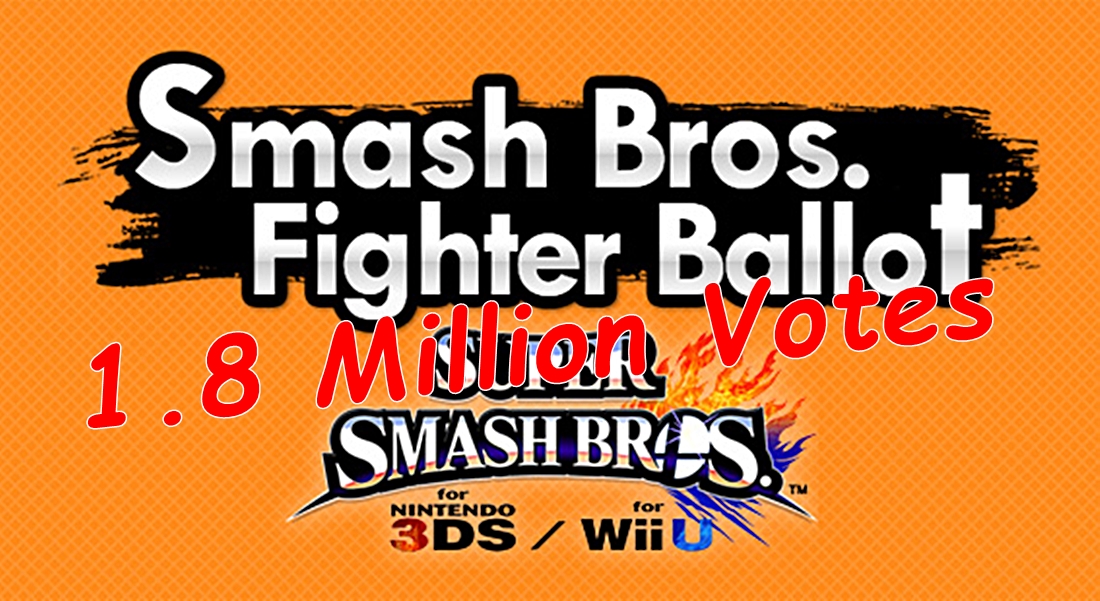 A little late coming but I though it worthy of a write up regardless. The Ever Popular Super Smash Bros for Wii U and 3DS has got a huge following of fans, both old and new since its release last year and the Smash Fighter Ballot gave the game even more hype when fans of the game had the opportunity to vote for any Videogame Character they would like in the game. There were so many to choose from the likes of Banjo Kazooie, King K. Rool and even Master Chief.  The Winner of course, was Bayonetta who won first place in Europe and in the Top 5 in the US. The Smash Ballot was extremely popular, so much so that there was 1.8 million votes in total.

Though I am personally pleased to see Bayonetta come the game as are many others but there are many more thinking “Huh? How?” And are quite skeptical about how Bayonetta even made it to the Top 10 let alone Top 5 in the US and No. 1  in Europe. Well to the masses who say “What The Hell?!” I think we should be asking why wasn’t there more votes? Up to September of this Year Super Smash Bros has sold over 7.37 Million copies Worldwide on the 3DS alone and 4.03 Million on the Wii U totaling a grand number of 11.4 million copies sold which, leaves me to wonder why there weren’t more votes as 1.8M seems small in comparison to 11.4M.

I guess what I am getting at is that before we try to pass blame on Nintendo and Sakurai’s Team to the suspiscous and possibly “rigged” Win for Bayonetta in the Smash Fighter Ballot, we would be better at looking at those of us who didn’t participate in the Ballot as I am sure if more people participated, we would certainly be looking forward to another Ballot Winner. However, that was not the case and we are in fact having Bayonetta, not only coming to Super Smash Bros for Wii U & 3DS in March, but that she will also be getting her own Amiibo as well! To be perfectly honest, I don’t know what I am more excited for, probably the Amiibo, they have taken a hold of me.

One thought on “Smash Ballot Got 1.8 Million Votes”