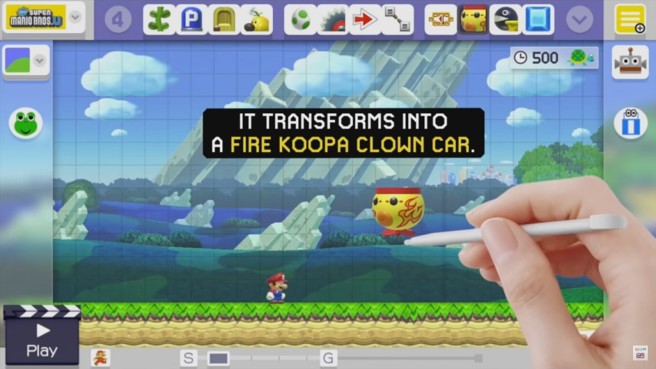 Coming next week, December 21, Super Mario Maker will be getting some new updates that will definitely more styles of play to the game. You can now shake the grinders to turn them into bouncy donuts, you can shake doors to make them P-switch doors that can only be open by, you guessed it, P-switches. The creme de la creme though has to be when you shake the Koopa Clown Car, it becomes a Fire Koopa Clown car and shoots Fireballs! You can see for yourself in the video below or from the NintendoWiiUUK Youtube Channel. Also the Bookmark feature will be added so you can save courses you would like to play via your PC or Smartphone. Another added extra is you can now see the fastest time in which people have played your course & who played it first!

That is all from us for now but until next time, Keep On Gaming!