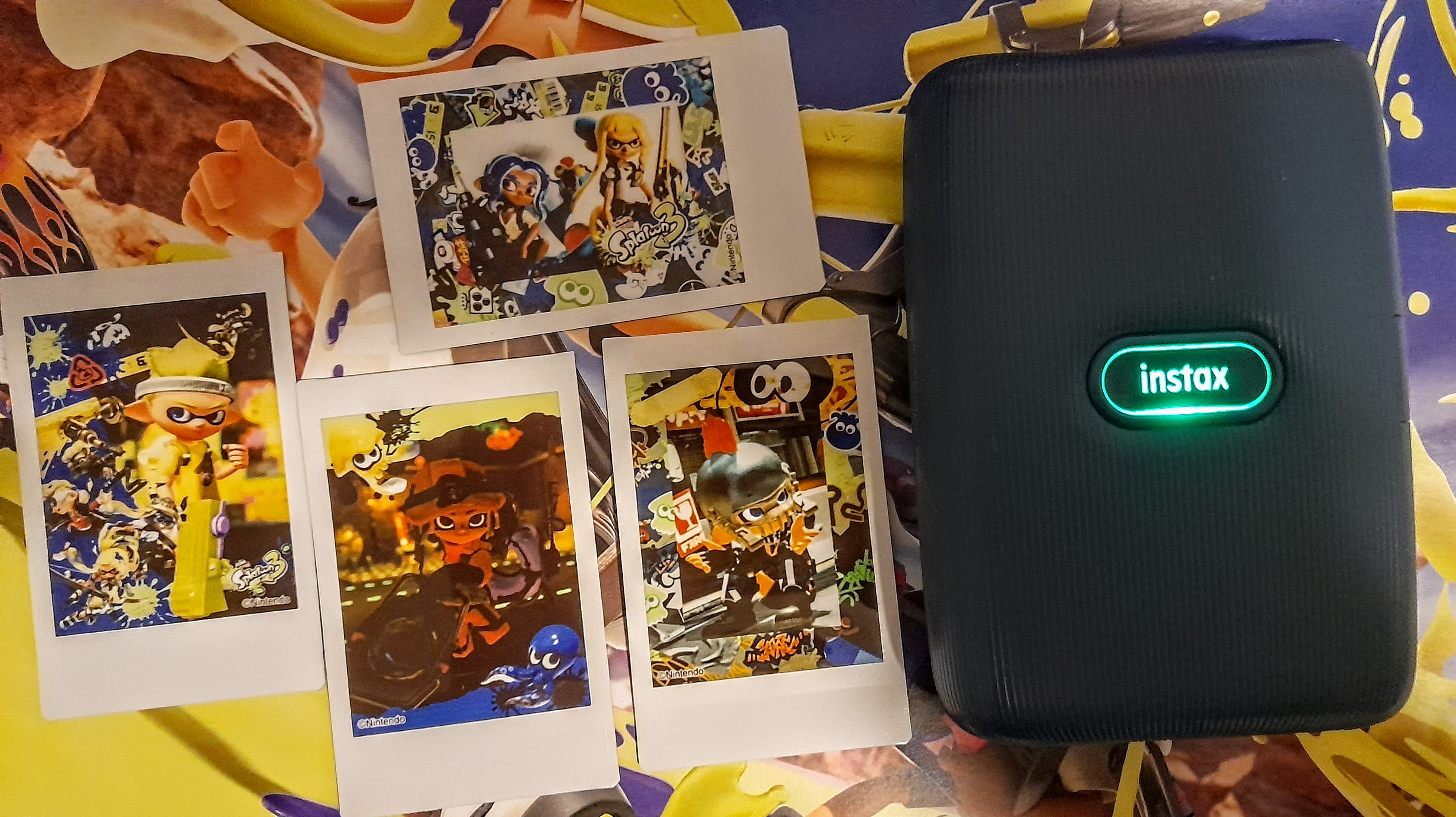 A week ago or so, it was announced that the Mini Link For Nintendo Switch mobile app would be getting a new update that would add Splatoon-themed frames and stickers to the app, as well as a new Instax Mini Link 2 Printer Splatoon Edition that will be available to purchase at select retail outlets. While the Splatoon Edition Printer is not out yet, the update for the app is and can be found on the App Store and Google Play.

The Splatoon 3 theme joins three previously released themes; Animal Crossing, Super Mario, and Pokémon. The stickers, however, are a new addition that the other themes currently don’t have. Outside of the four Nintendo themes, there is also the Instax app’s own assortment of frames for everyday moments as well.

If you have yet to pick up an Instax Mini Link Printer, they can be found on plenty of online storefronts and can set you back $119 USD or so. For those of you who do have a printer, will you be putting the new Splatoon 3 themes to good use? Do let us know in the comments.