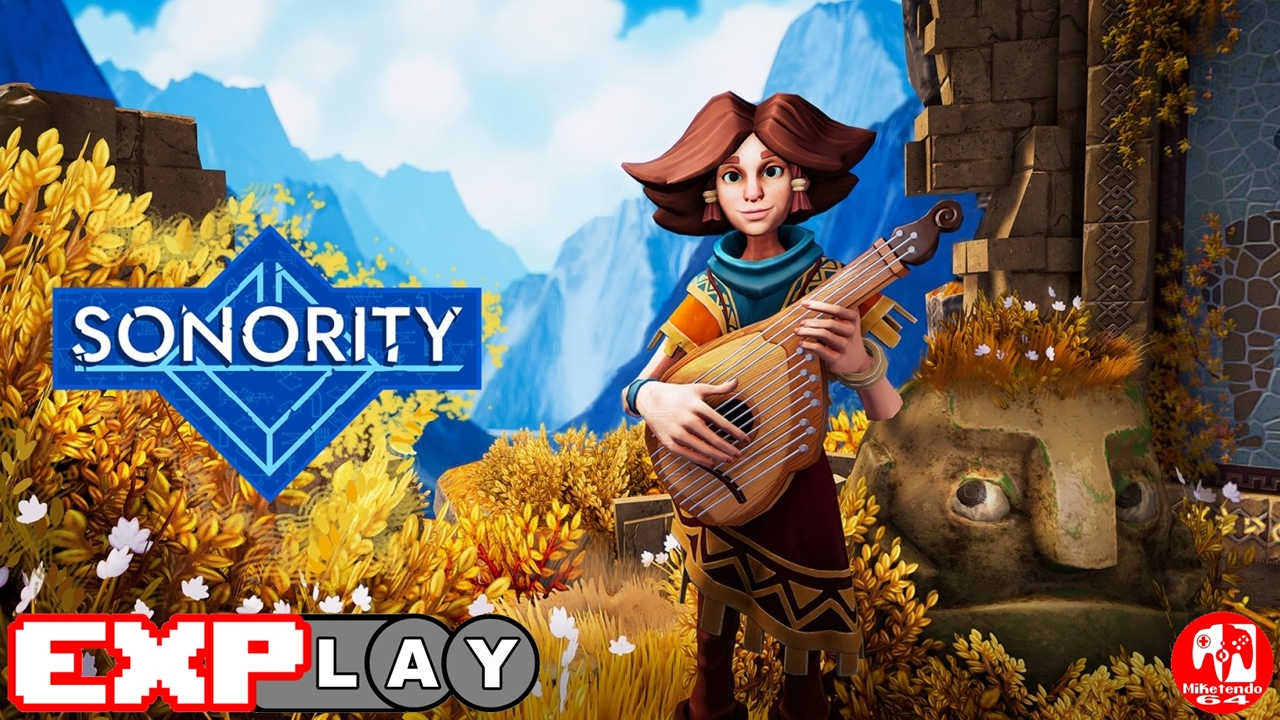 Welcome to EXPlay, (Explain & Play) the review series where we care not for scores but tell it how it is when it comes to every game we get our hands on, whilst also taking the time to include some lengthy gameplay, to give you the reader, the chance to shape your own impressions and views whilst watching and reading. In this installment, we’re covering Sonority by developer Hanging Gardens Interactive.

Sonority is a third-person adventure game that uses the power of music to solve puzzles. The game is developed by Hanging Gardens Interactive and published by ASH Games. It was first released on Steam on May 25th, 2022 and now it has come to Nintendo Switch seven months later.

The game follows a young woman called Esther who embarks on a journey to help an ailing friend. She ventures to a lost world where music is a form of magic and has some incredible properties. Esther has come to the magical land because it is said that there is a magical melody that can heal her sick friend. While Esther may have started her journey alone, she will befriend a rather oddball character that happens to be a talking Racoon.

Sonority is a relaxing game void of any enemies or combat and focuses primarily on problem solving and storytelling. As Esther, players will need to navigate their way through a lush and colourful landscape whilst solving musical puzzles. In order to do so, players must acquire musical instruments and use the different trigger buttons and the left directional buttons which correspond to different musical notes.

Each puzzle will consist of several different platforms that you may need to elevate, lower and/or rotate- You will then need to play the right notes next to the stone pillars and then stand on a special floor tile that will play out the sounds on the stones. The platforms will move accordingly and if the notes are correctly placed, the platforms will align appropriately and grant access to the next area.

During the first half hour of the game, you will only have a handful of musical notes and a pan flute to play them on. These notes will be taught to you by animated rocks with faces. As you progress through the game you will learn the full range of eight musical notes from C to C (C,D,E,F,G,A,B,C). You can also find other instruments that will be required to solve more intricate puzzles later on in the game.

One thing that is not essential for the game’s progression but is a nice addition nonetheless are collectibles in the form of Musical elements. There are a number of them dotted about in each area and they can be used in stone plaques that will reveal more of the game’s lore and the history of the musical world and its inhabitants.

To sum up Sonority, I find it to be a very charming and innovative adventure. The calming music and its intricate use of it beautifully woven into the fabric of the game to solve its puzzles offers a rich and unique experience. I would certainly recommend it to anyone who enjoys charming storytelling and soothing melodies.