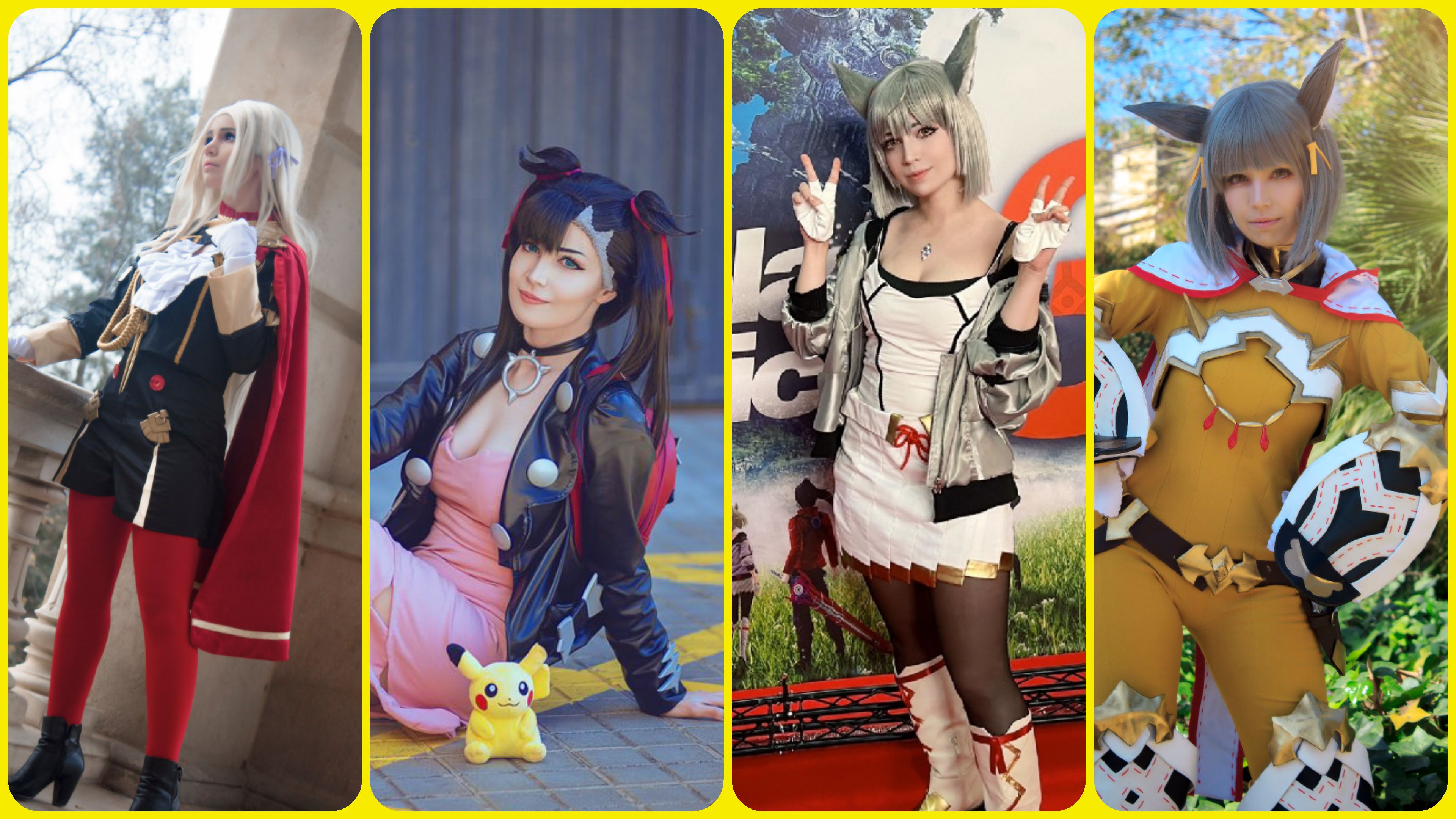 As avid gamers, we all have our ways of expressing our passion for video games. Some of us like to talk at length on Podcasts, some of us stream ourselves playing them on the likes of Twitch or YouTube, and some of us like to bring our favourite video game characters to Life by creating elaborate cosplay outfits of them.

Cosplay is becoming more and more mainstream and it is fantastic. It is no longer just confined to the likes of the occasion Comic Con but it has extending into all kinds of social events and the likes of Instagram and Social Media make ideal platforms for cosplay enthusiasts to share their work with the world. One such cosplayer has caught our attention and her work is incredible. Her name is Mery Nyan and has cosplayed characters from video games series like Xenoblade Chronicles, Fire Emblem, Pokémon, Persona 5, and Dragon Quest.

We recently reached out to Mery to talk with her about her work and learn more about the world of Cosplaying.

Miketendo64: Thank you for joining us for this interview, to start off, please tell us a little bit about yourself. Who are you and what do you do?

Mery: Hi, I’m Mery! I am a cosplayer from Barcelona, Spain, who has been cosplaying since ancient times, (2008) haha! I’m a teacher by day and a cosplayer by night, I sometimes feel like I’m living a double life but I love doing both things.

Miketendo64: How did you first get into cosplaying and where did the inspiration first come from?

Mery: It all started in 2007 when I went to an anime convention for the first time, cosplay wasn’t a big thing back then and I didn’t know it was a thing until I saw people wearing costumes of anime characters. My first thought was “it looks fun!!!” and the next year I wore my first cosplay which my mom helped to make. I was lucky my mom had sewing experience as she taught me everything I needed to know, she’s the reason I never gave up.

Miketendo64: That’s so cool that your mom taught you how to sew and make your own outfits. The craftsmanship shows as your Cosplay outfits are truly on another level with a high attention to detail. How much of your outfits do you design/make yourself? Do do you also seek help from 3rd parties?

Mery: I sometimes buy some cosplays online but I often make everything by myself, especially when I cosplay not very popular characters or I find the design challenging and fun to make. When I make my cosplays, I do like to make everything myself. I love sewing and bringing these designs to “real life”, is my favourite part of the process.

Miketendo64: You have a real talent for bringing your video game cosplays to life. Who has been your favourite character to cosplay and why?

Mery: It has to be Nia from Xenoblade Chronicles 2, this is also the most difficult and challenging cosplay I’ve ever made. It took me months to put together and many sleepless nights haha it was also a cosplay I was going to wear for a cosplay contest and the pressure was real. I ended up winning the contest and got to represent Spain in Japan, in Tokyo Game Show. Also, Nia is one of my fave characters ever, so I’m always happy when I can be her for a day.

Miketendo64: Wow! You got to Cosplay at Tokyo Game Show? That must have been quite the experience. Have you taken your cosplays to other large events as well? What has been your favourite event so far?

Mery: Without any doubt, Japan Expo Paris! I attended that event last summer working as a cosplayer for miHoYo, I loved the importance that cosplay had in that con. There were plenty of cosplayers working in booths and Japan Expo also holds the biggest cosplay contest in Europe, the European Cosplay Gathering. It’s also a dream of mine to get to the finals there.

Miketendo64: What was the public reception like? Did the other event goers enjoy your cosplays. Did a lot of them wish to take photos with you?

Mery: If we are talking about Japan Expo Paris for example, French con goers were amazing! I felt so welcomed and even though I was cosplaying from a game that hadn’t been released, they were all so supportive and the amount of photos I was asked to take was crazy!

Miketendo64: Have you ever collaborated with other cosplayers and of you haven’t yet, would you like to and who would you love to collaborate with?

Mery: I usually cosplay on my own as I find it difficult to find cosplayers who share my fandoms… Two of my favorite cosplayers are Calssara from Germany and Cannolicat from the US, it’d be a dream come true to cosplay together someday.

Miketendo64: As most of your cosplay outfits are based on video game characters, it would be safe to assume you are a gamer as well. What are some of your favourite video games?

Miketendo64: Which video game character that you haven’t cosplayed yet would you like to do, given the opportunity?

Mery: It would have to be Edelgard from Fire Emblem Three Houses. I have cosplayed her as a student but I have really wanted to make her timeskip dress since the first time I saw it in the game.

Miketendo64: What are your hopes for your future in cosplaying? What would be your goal?

Mery: I have a bit of a dilemma when it comes to thinking about my future as a cosplayer. I’m already 32 and everyone around me is getting younger and younger haha I don’t wish to stop cosplaying anytime soon but I’m not sure how much time there’s left. I’d love to work and collaborate with videogame companies to cosplay their characters, I did it for miHoYo for Honkai Star Rail and it was such a fun experience.

Miketendo64: As we are wrapping up the interview, would you like to say anything to our readers and your fans?

Mery: I can’t thank them enough for all the support I always get. I’m not an extremely popular cosplayer and I don’t have a big following but the love and nice comments I get on a daily basis is what makes me want to keep sharing my cosplays with everyone. So once again, thank you so much 🙂

Miketendo64: Lastly, where can people follow you on social media so they can keep up with your content and updates?

Thank you so much again Mery for joining us for this interview. We wish you all the best with your future endeavours and we look forward to seeing more of your amazing cosplays. As to everyone who took the time to read this interview, we hope you enjoyed learning about Mery and her insight into the world of Cosplaying. Please be sure to follow her on the links she provided above.