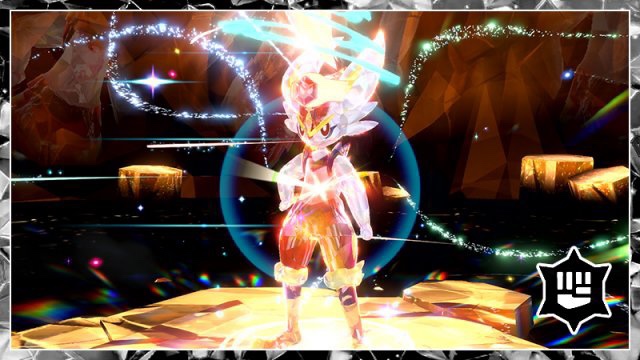 Turning up the heat this December.

Having already had two chances this month to catch an Unrivaled Charizard as part of a 7 Star Black Tera Raid, the next 7 Star event has been announced. Featuring another fully evolved starter Pokémon, this time from Gen 8’s Galar region, Cinderace is said to feature the Fighting Tera type and also possesses the Mightiest Mark.

For those lucky enough to beat Cinderace during the event’s run time of December 30, 2022 – January 1, 2023, you will only be able to catch one per save file, but you will be able to breed it, should you wish to have Scorbunny and Raboot join you on your adventures in Paldea.

For anyone who does fail to catch Cinderace the first time around, there will be a repeat event where you can battle Cinderace between January 13, 2023 – January 15, 2023. The official announcement, which can be seen in-game in the Poké Portal’s news section, can be seen here:

Prepare to Face a Mighty Cinderace!

Catch a Cinderace with the Mightiest Mark!

Cinderace cannot normally be encountered in Paldea, and the Cinderace appearing during this event has Fighting as its Tera Type, making it a formidable foe- it even has the Mightiest Mark to prove it! Work together with your friends to trip up this powerful Tera Pokémon!