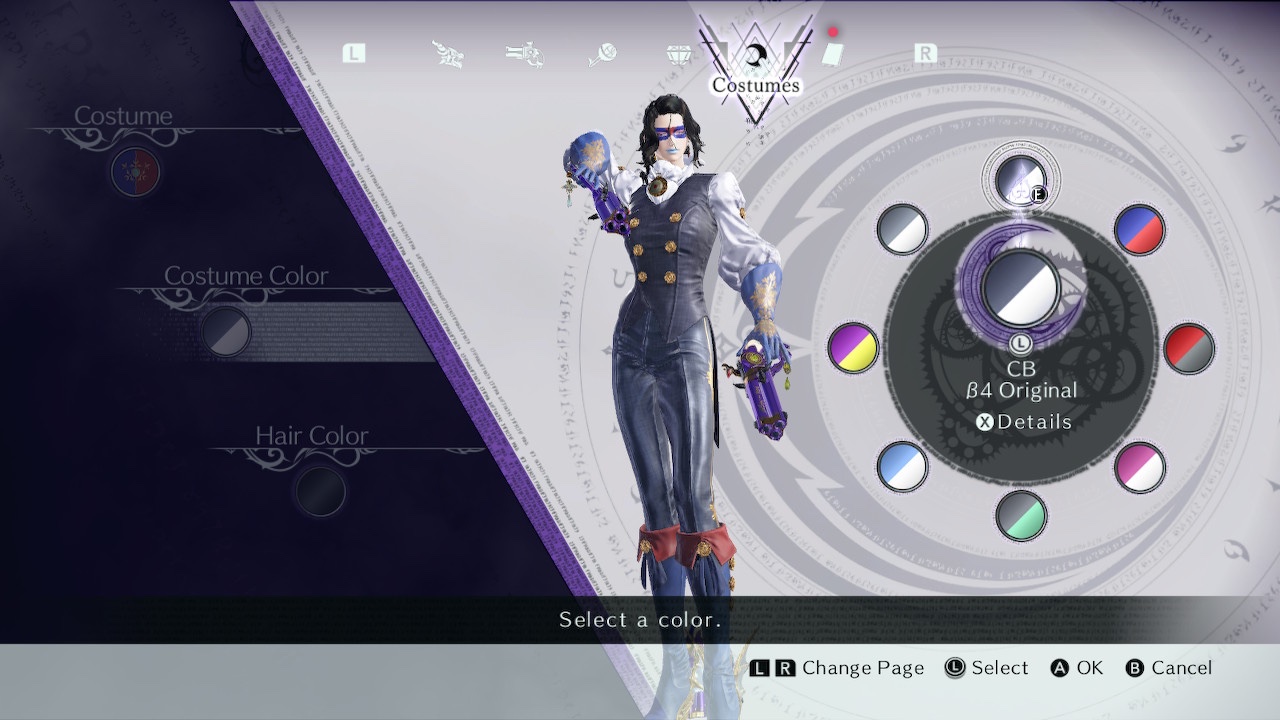 The time has come to dive headfirst into a brand new Bayonetta game but for those of you out there who are wondering if Bayonetta 3 includes alternate outfits, we’re pleased to inform you that it does. amiibo support is gone and sadly, so are the Nintendo outfits, but other clothing choices are supported, and it is attire based on what the other Bayonettas wear.

In addition to other costumes, each outfit can have up to eight different colour choices and when customising clothing, each set also has seven different choices for the colour of Bayonetta’s glasses and eight different hair colours. The options for Bayonetta’s default attire can be seen below:

Once players have played through Chapter 1: Scrambling for Answers, you will gain access to The Gates of Hell. It is here you can visit Rodin and buy any manner of item from him, especially more costumes available via Rodin’s Treasures. The first time you visit, you will see a list of items such as CB 44 Bayo 3 White which costs 1,000 halos. This and the other CB items are special Couture Bullets used with the Super Mirror 3 which unlocks the specific colour of Bayonetta’s default outfit. A quick breakdown of CB Bayo 3 outfits can be seen here:

Now, with regards to the Bayonetta B4’s Night Crawler Couture Bullet attire, in order to even purchase the Super Mirror B3 that gives you access to purchasing alternate Noble Lineage Bullets, you will need to complete Chapter 12: The Edge of Madness. Once the mirror is available in Rodin’s Treasures, you will need to purchase the associated colours separately. We have a complete list of those available and their price tag, here:

In order to unlock CB B4 Original, players will need to beat the game’s final Chapter, Chapter 14: The Single Truth.