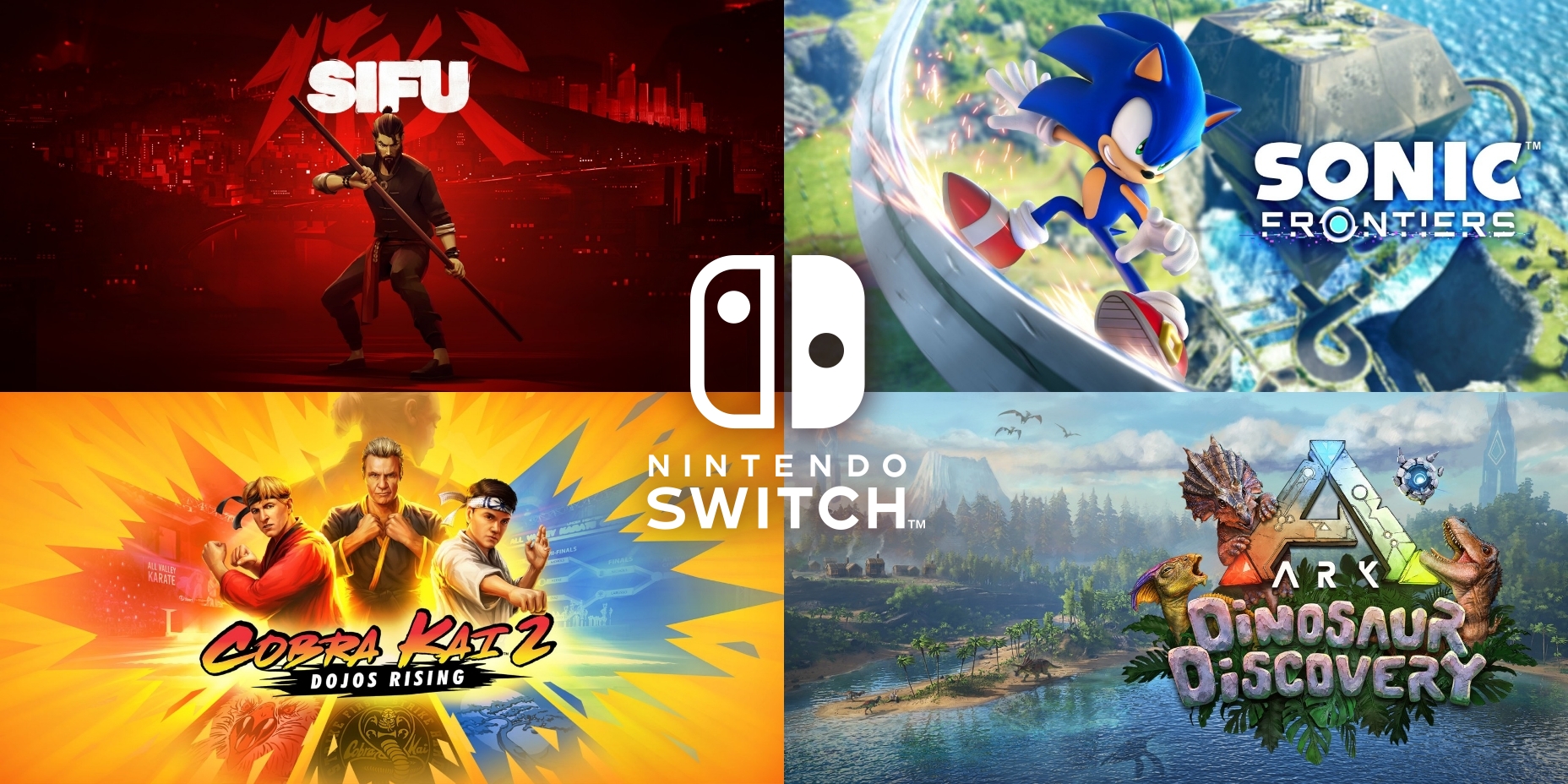 As another month properly gets underway, once again, as far as the Nintendo Switch is concerned, there are plenty of interesting, compelling and downright bizarre games to play. Having already covered the likes of It Takes Two, Grand Hike, ET Varginha and 7 Days of Rose, we’re back with Part 2 and of course, we’re kicking things off with Sonic Frontiers:

Worlds are colliding in Sonic the Hedgehog’s newest high-speed adventure! In search of the missing Chaos emeralds, Sonic becomes stranded on an ancient island teeming with unusual creatures. Battle hordes of powerful enemies as you explore a breathtaking world of action, adventure, and mystery. Accelerate to new heights and experience the thrill of high-velocity, open-zone platforming freedom as you race across the five massive Starfall Islands. Jump into adventure, wield the power of the Ancients, and fight to stop these new mysterious foes. Welcome to the evolution of Sonic games!

Unparalleled High-Speed Freedom – Adventure across the Starfall Islands and see what each has to offer at the speed that only Sonic can deliver. Blaze a trail as you see fit and discover side quests, solve puzzles, scale enormous structures, go fishing, and encounter a friendly face or two along the way…

Cyber-Powered Combat – The Starfall Islands are home to strange creatures Sonic has never encountered before. Use the all-new battle system and skill tree upgrades to fight strategically, combining moves such as dodges, parries, counters, combos, and the new Cyloop ability to take down mysterious foes and colossal titans.

A New Adventure Full of Mystery and Intrigue – Become Sonic and journey to uncover the mysteries of the remains of an ancient civilization plagued by robotic hordes. With nothing but a handful of questions and a disembodied voice to guide you, set out to save your friends and the enigmatic inhabitants of the Starfall Islands from a colossal, mechanized threat.

Sifu is the story of a young Kung Fu student on a path of revenge, hunting for the murderers of his family. One against all, he has no allies, and countless enemies. He has to rely on his unique mastery of Kung Fu as well as a mysterious pendant to prevail, and preserve his family’s legacy.

Eagle Fang, Cobra Kia, Miyagi-do – Which is your dojo? That choice begins your journey, but then it’s up to you to recruit the most powerful team as you master your fighting style and battle to solidify your dojo’s LEGACY as the All Valley Karate Grand Champion!

Take a journey through the epochs in this family-friendly educational experience that invites players to learn about the fascinating prehistoric creatures which inspired ARK: Survival Evolved.

Explore The Island across land, sea and air where you can discover 64 dinosaurs, all based on their real life, prehistoric counterparts. Ride a huge Tyrannosaurus Rex across the beautiful landscape, soar above the tree tops on the back of a Pteranodon, and even glide through the oceans while riding an ancient Megalodon Shark!

Unlock each creature’s Dino Book for fun-filled science facts and illustrations, all voiced by Madeleine Madden (ARK: The Animated Series, The Wheel of Time) as HLN-A. Cap off your adventure with a custom-built base, choosing from a variety of over 30 building pieces unlocked throughout your adventures.

Can you discover all of the Dinosaurs and become the Ultimate Explorer?