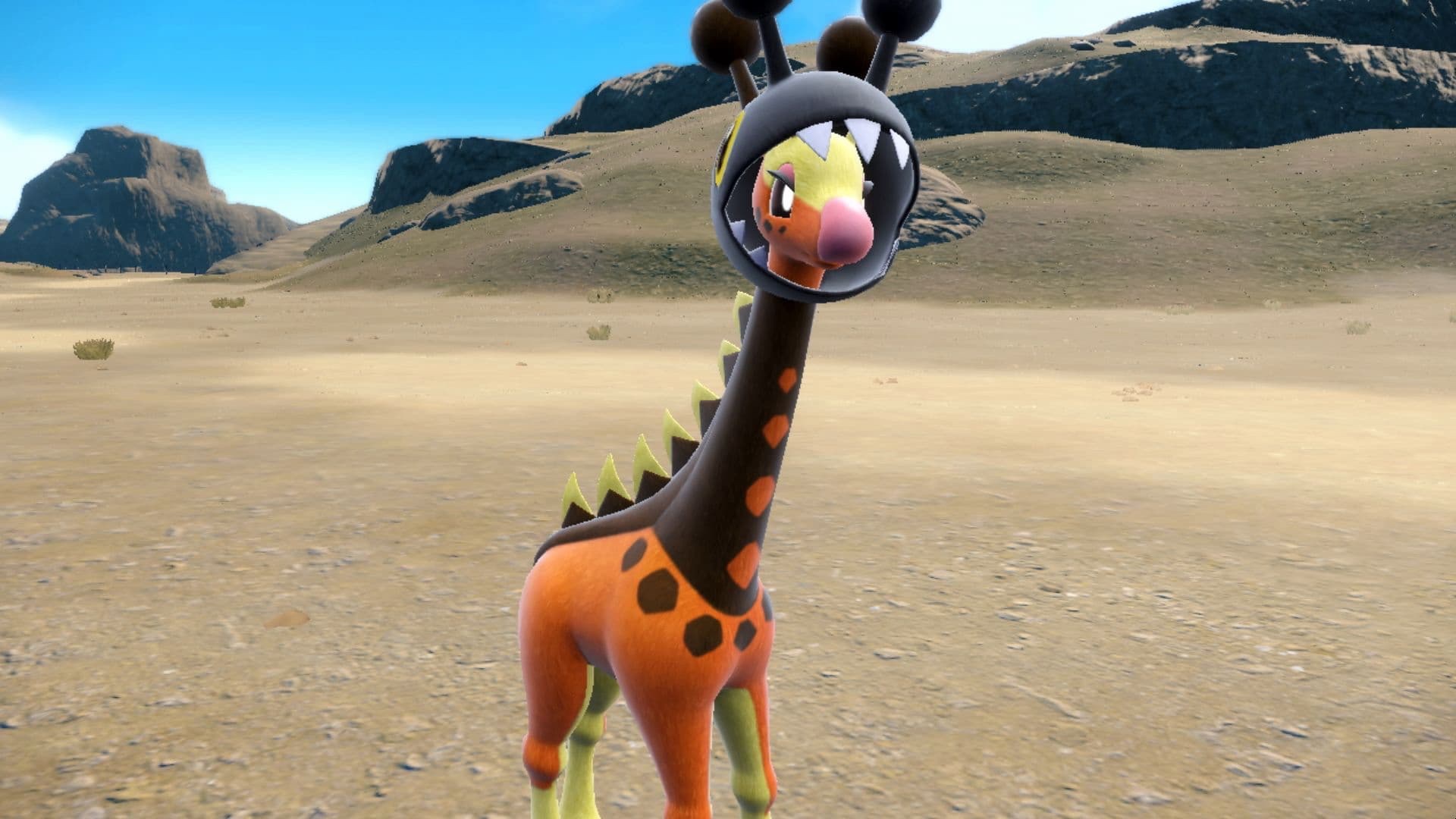 This November, Paldea awaits when Pokémon Scarlet and Pokémon Violet’s Gen 9 adventure gets underway. Whilst we wait, one more Pokémon has been revealed, and it’s time for another “Who’s That Pokémon?.” In this instalment, we’re covering Farigiraf:

Girafarig living in the Paldea region will evolve into this Pokémon.

As a result of its Evolution, the head of its main body and the head from its tail have become one. Both of Farigiraf’s brains are connected through thick nerves, increasing its psychic energy, and it can emit psychic waves from the antennae on its head. It’s always mindful of its surroundings, and while it can detect danger in an instant, there are times when its body cannot react as fast as its two brains can think.

The thick, sturdy head from its tail provides good defense for the head of the main body. When the head from its tail closes its mouth, Farigiraf whips its long neck around in an attack that deals brutal physical damage. The force of this attack is said to be able to pulverize stone and crush steel beams.

New Ability: Cud Chew – Farigiraf’s Ability, Cud Chew, is a new Ability appearing for the first time in these titles. When a Pokémon with this Ability eats a Berry, it will eat it one more time at the end of the next turn.

New Ability: Armor Tail – Farigiraf’s Ability, Armor Tail, is another new Ability appearing for the first time in these titles. It makes opposing Pokémon unable to use priority moves.