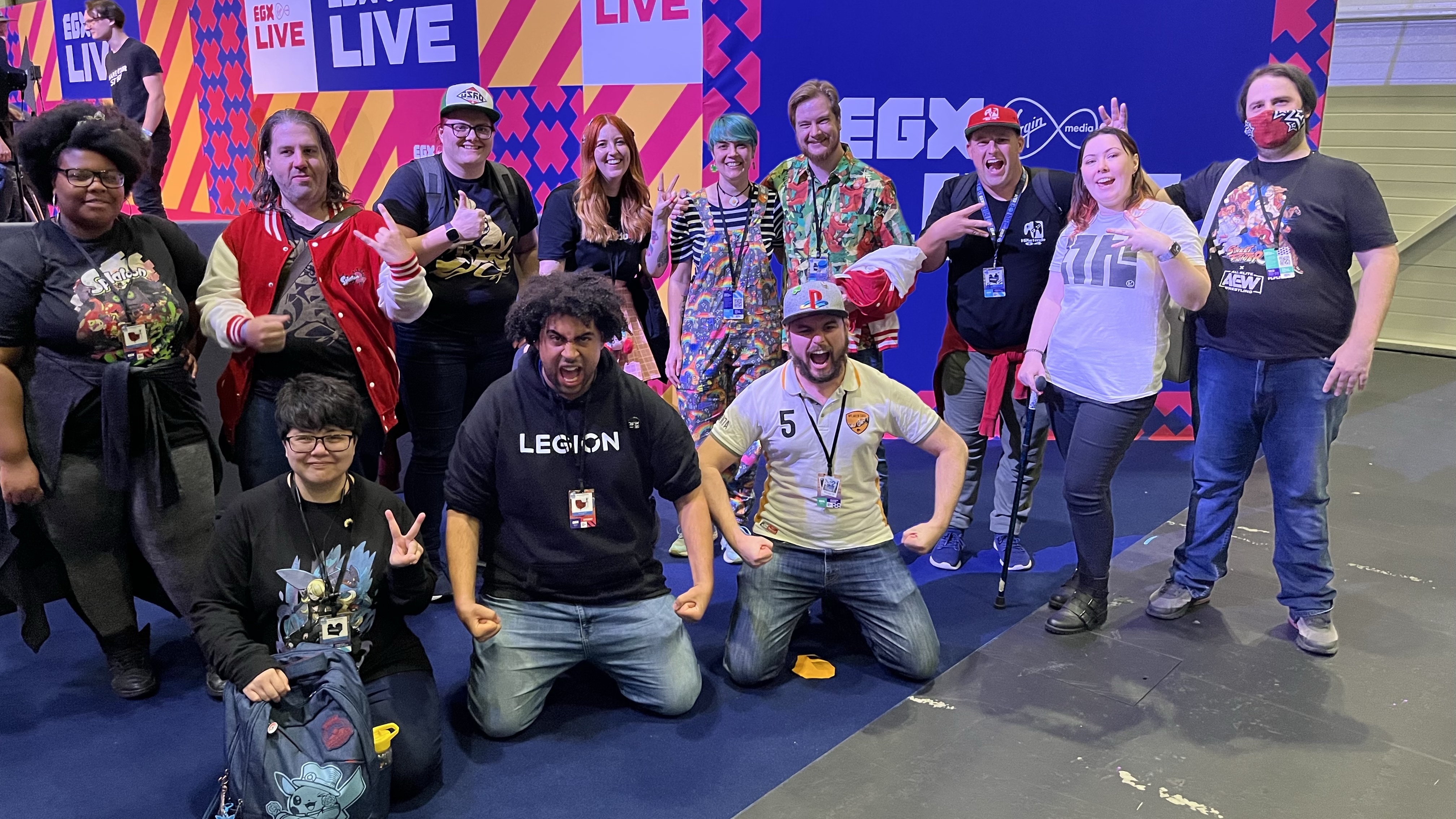 That magical time of the year has rolled around again. Not Christmas, not Halloween and definitely not Valentine’s Day, but four days of EGX as the ExCeL celebrates all things gaming, right in the heart of the UK.

As one of our favourite events to attend and Mike flying over from Spain, the plan was to hit EGX harder than we’ve done before and create plenty of new memories. The only downside to that plan, whereas Mike had three entire days to do as he pleased, I had just one. With time being of the essence and every second counting, I spent the entire Saturday doing almost everything I hoped to accomplish. For a day full of highlights, one of them was the EGX live session where four contending teams could have a crack at taking down Nintendo Life at Splatoon 3.

Wait, you don’t mean that, “hello there, lovely people” Nintendo Life? Indeed I do, and Alex Olney himself was present, leading Team Nintendo Life into battle as their captain. (“Oh Captain, my Captain!) Of course, I should add Alex was doing so in the most stylish way possible, thanks to the extravagant shirt he was wearing, one Magnum P.I. would be proud of, but of course, the classic moustache was absent.

The rules of the contest were regular turf war battles, in which case combatants on both teams need only to win twice to claim victory but should each team win one match a piece, a third match would be played to determine the victor. Of course, whilst all of this was going on, there was the delightful Elliott, carrying out hosting duties. He was new to Splatoon as a series but with Alex on hand to educate all of us with actual truths and fabricated trivia, let’s just say the constant back and forth and Elliott trying to distract Alex, made for some delightful viewing.

Did it come across as if the whole thing was something of a pantomime at times? Absolutely. When asked which team spectators favoured, were we biased? Damn straight. Did it all work out in the end? Certainly, as long as you weren’t Team Nintendo Life. When faced off against three impressive teams that could hold their own, Team Nintendo Life had to resort to every trick in the book they had, and it wasn’t enough.

Well, it was, when against the team made up of kids, all under 12 years old, with minimal experience when it comes to the Splatoon series of games. Other than that, Team Valentino, Team Dottie and Team Sib all proved their worth, and it was an honour to see them prevail, doing it for contenders everywhere, and avenging the kids. Still, that’s enough waffling, it’s time for some gameplay, and we have it right here:

Did you enjoy the battles as much as we did? We hope so, and if not, here’s hoping there will be more battles next year and the return of Team Nintendo Life as they seek to reclaim their honour.