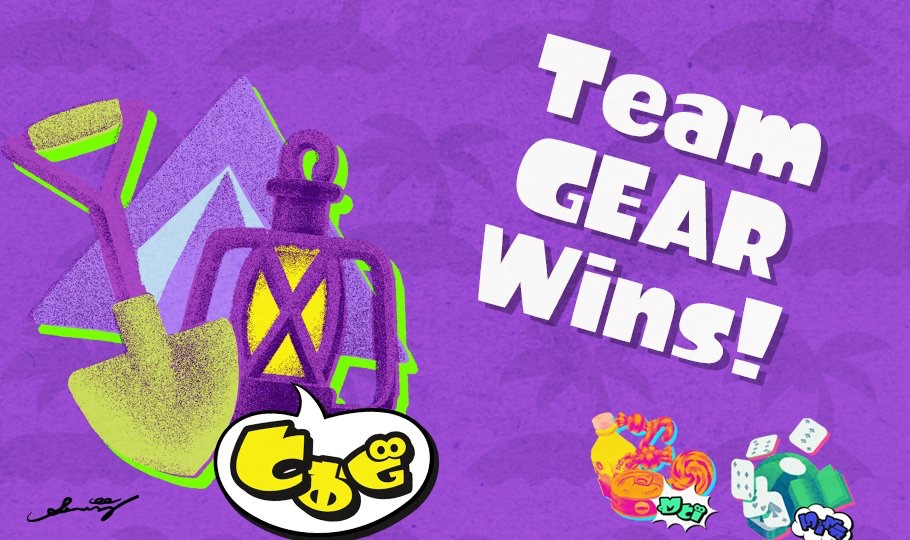 With the first true Splatfest concluded for Splatoon 3 and the result is certainly a turn up for the books. With the latest iteration of Splatoon now giving players the choice of three options in response to a specific question, (if you could only bring one thing with you to a deserted island, what would it be?) Teams Gear, Grub and Fun had their work cut out for them.

It got a little close nearer to the end of the competition, but Team Gear has demonstrated preparedness is the key to victory, thanks to scoring a grand total of 25 points. Team Fun proved everything was all fun and games right up to the end, when they placed second with 20 points, but it was Team Grub who left starved for any points as they placed third with 0 points.

We could try arguing that it’s not the winning that counts, as it’s the taking part that counts, but as far as Splatoon is concerned, we know that’s a lie. When Chaos emerged victorious over Order during the Final Splatfest of Splatoon 2, chaos would go on to influence the setting of Splatoon 3, therefore, in the world of squid kids and Octolings, winning is all that matters and Gear is our clear winner. The mighty Zapfish has spoken.

How can you lose when you’ve got all the tools you need to succeed? #TeamGear takes the deserted island Splatfest with a 25p win!

Big thanks to everyone who played, and we’ll see you at the next Splatfest! pic.twitter.com/EKB20N4LFS

To all those who competed, may we cross paths for the next one and battle once more as we strive to create a gear filled world of colourful ink.