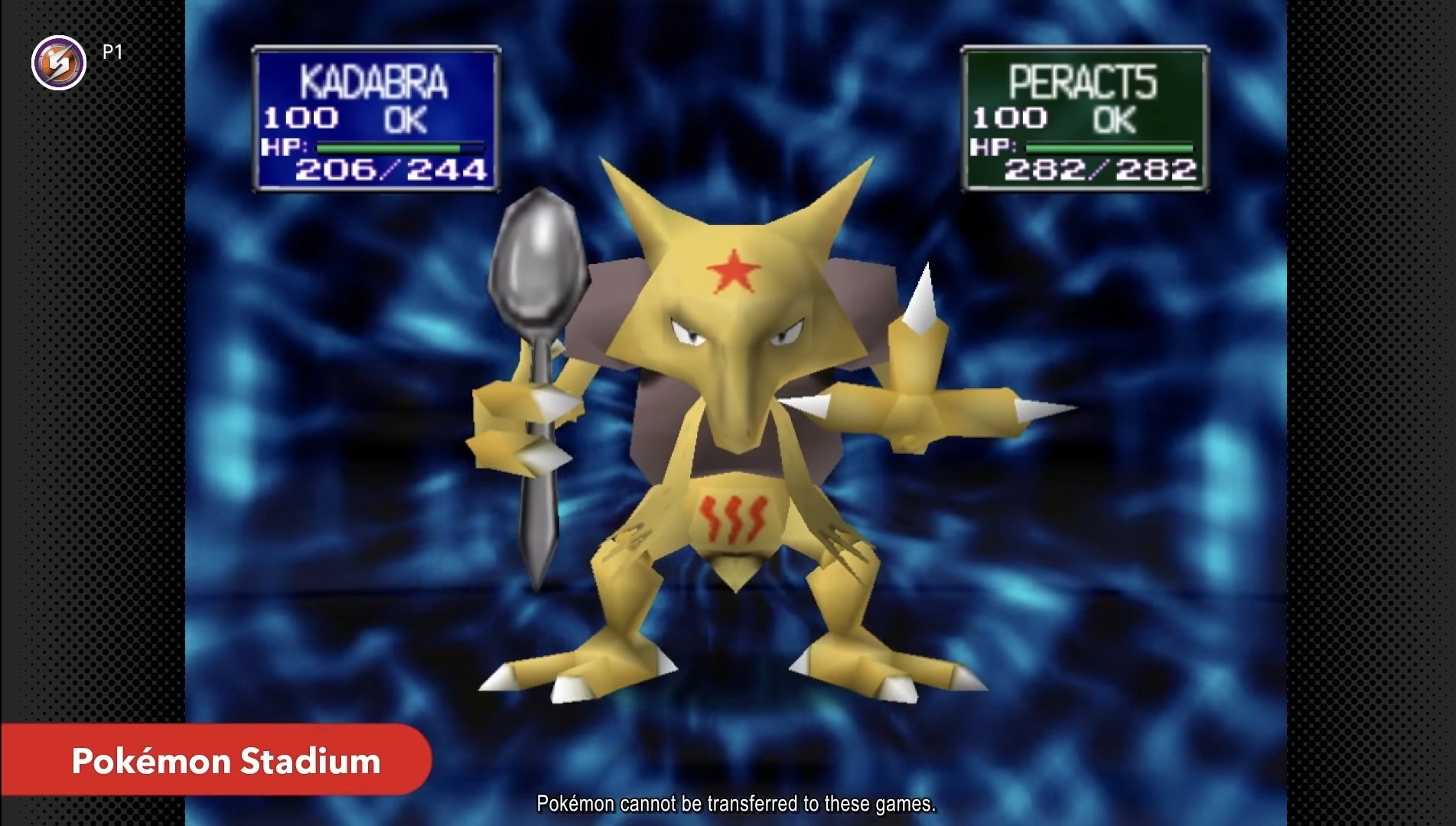 Get ready to revisit the 90’s. Turn-based 3D battles are set to make a revival when 151 original pocket monsters return, again. You won’t be able to explore Kanto, and nor will you be able to transfer your beloved Pokémon into Pokémon Stadium when it makes its N64 Nintendo Switch Online debut next year, but you can still battle the best in your efforts to becoming a Pokémon Master.

With no choice but to rely on a team of your choosing from the game’s rental Pokémon, once more players will get the chance to play through a series of four cups, take on the 8 Kanto Gym Leaders, as part of the Gym Leader Castle, and who knows, you might even beat the Champion as well.

Should you succeed in the extensive series of three-on-three battles, you’ll be able to face the all-powerful Mewtwo in a six-on-one battle that will surely prove once and for all, who the true Pokémon Master is. Provided you have what it takes to succeed, the challenge is far from over as you’ll also be able to unlock an even harder version of Gym Leader Castle and the showdown against Mewtwo.

Back in the Nintendo 64 era, it was possible to unlock a special, Surf knowing Pikachu by playing through the Master Ball divison. Of course, players were required to have Pikachu among their team of six and had to use Pikachu in every battle. Sadly though, with the likes of emulation said to be missing from the NSO version of Pokémon Stadium, even if the means of unlocking the Surfing Pikachu is  still supported, you will not be able to transfer the Pikachu over to Pokémon Yellow and unlock a special mini-game.

This also means, when players defeat the Elite Four, every time they win one of the randomly selected prize Pokémon, they will not be able to transfer them over to Pokémon Red, Pokémon Blue or Pokémon Yellow, like we could in the good old days. Should you seek something other than competitive based battles through cups, against Gym Leaders and the Elite Four, you could always undertake a friendly, low stacks battle against a friend or head over to the game’s mini-game area and try their hand at one of the nine supported mini-games: