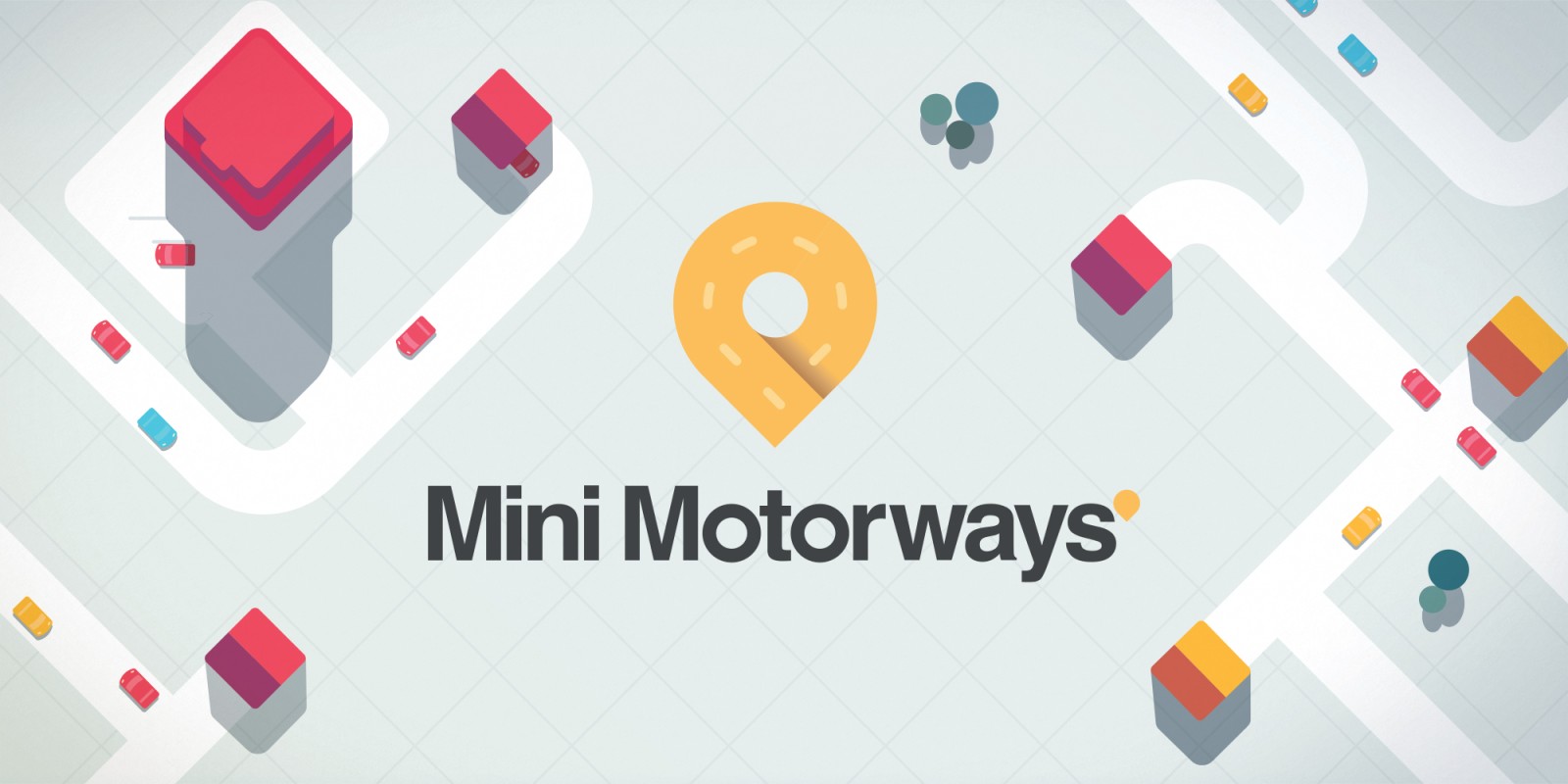 Released earlier this year, Mini Motorways was easily a game that impressed eager fans and blew a few of us away when it was unveiled as part of an Indie World Showcase. Having played it and enjoyed it, naturally we wanted to know more about it. So, we reached out to Dinosaur Polo Club and were allowed to ask a few questions.

With the answers now in hand, we must ask you to strap yourselves in for another Miketendo64 interview, because in this instalment, we’re talking to Ruby Solomon about Mini Motorways:

Miketendo64: Before we dive right into the probing questions, we always like to begin by asking a couple of easier questions first. Therefore, would you be so kind as to introduce yourself to our readers, telling us a bit about yourself, your background and your involvement with Dinosaur Polo Club?

Ruby Solomon: I’m Ruby Solomon, one of the Community Managers at Dinosaur Polo Club, and I’ve been with the team for a couple of years now. Originally from California, I was lucky enough to join our New Zealand-based team and have been happily working on Mini Metro and Mini Motorways ever since!

I’ve always been motivated by human connection, which is why community management makes perfect sense – it’s all about being the bridge between our awesome community and the passionate devs who want to make our games the best they can be.

Miketendo64: What led to the creation of Dinosaur Polo Club and where did inspiration for the name come from?

Ruby Solomon: Dinosaur Polo Club was founded as a studio after our founders, Peter and Robert Curry, found success with our first game, Mini Metro, which was created for the Ludum Dare game jam. And as for the studio name, the founders took the fun approach of going for something distinctive, memorable, and fun to say.

When we were thinking of a name, Peter’s young son had these PJs with a ‘Dinosaur Club’ badge, and there was a bar called the Bangalore Polo Club on the commuter path to what would later become the company’s first office. That’s all it took!

Miketendo64: First and foremost, can you tell us a bit about Mini Motorways? What is it and how does it play?

Ruby Solomon: Mini Motorways is a game about drawing the roads that help the residents of a growing city get to their destinations. Players can explore iconic cities from all over the world through the lens of an urban planner.

Different to a city builder variety of game, Mini Motorways offers players the opportunity to use strategy by building a road network, one road at a time, to create a bustling metropolis.

The game starts out calm and peaceful, but as the traffic flow increases, players have to redesign their cities with changing strategy in mind to keep the traffic flowing, and carefully manage upgrades to meet the changing demands. Players can return to the maps they know and love or they can explore the Daily and Weekly Challenges to test their skills in new ways.

Miketendo64: Where did the inspiration behind Mini Metro and Mini Motorways come from? Was a member of the development team always getting stuck in traffic, when headed to the office and come up with the idea?

Ruby Solomon: Way back when, our co-founders were visiting London and found the underground maps for the tube really intriguing. That was the spark that inspired our first game, and sometime later the idea was fleshed out and iterated on until Mini Metro was created.

Some years later, our studio began a three-month-long game jam. After lots of experimentation, ideation, and iteration, our then-small team found a new way to make traffic and city management fun in a ‘mini-style’ that pulls from its predecessor. We’ve been working on it ever since.

Miketendo64: For Mini Motorways, you have chosen a minimalistic art style. Was that always the case or did you settle on the artistic style pretty quickly?

Ruby Solomon: Mini Motorways was always going to have a minimalist style. The discussion in the early days was more about the level of abstraction.

During the prototyping process, the team explored several art styles, some as abstract and shape-based as Mini Metro, others looking more like miniature tourist or theme park maps with individualized buildings. In the end, we settled on a happy medium between the two, allowing for a good amount of creative design while maintaining the minimalist, modular look.

Miketendo64: Now that there are two games in the ‘Mini’ series of games, are you building towards a connected universe? i.e., Mini Waterways, Mini Airways, Mini etc., etc.?

Ruby Solomon: Absolutely! We can’t say exactly what the next ‘Mini’ game will be or how it will work, but we’re definitely interested in exploring this possibility in the future. Stay tuned in to our social media and newsletter if you’d like to see what’s next for our studio and games!

Miketendo64: Having appeared during an Indie World Showcase, what was it like for yourself and your team to see Mini Motorways get the spotlight it deserves and how has fan reaction for the title been in the months since?

Ruby Solomon: The fan reaction has been everything we hoped it would be and more! We love the enthusiasm of both existing players who are excited to enjoy Mini Motorways on their preferred console as well as new folks who are just now discovering that Mini Metro has a sequel or discovering our games at all. All through launch week our team enjoyed watching so many clips on Twitch and YouTube and we really savoured people’s reaction videos.

And regarding Indie World Showcase – thank you for say it deserves that spotlight! Getting to see something you worked on featured during an official Nintendo event is a dream come true for any game developer you could ask. Many of our team grew up playing Nintendo’s games and so many of us still have prints of Link and StarFox on our walls, or little figurines of Mario or Boo. It’s hugely flattering and a big career milestone for everybody here.

Miketendo64: After all is said and done with Mini Motorways, what comes next for Dinosaur Polo Club? Do you have anything else lined up in the pipeline for 2022 and 2023?

Ruby Solomon: Well, we don’t know when all will be said and done with Mini Motorways! There is a lot of exciting stuff in store for Mini Motorways, but the goal is to work on new games alongside our existing titles.

Mini Metro has been in active support for almost ten years now, and during that time we’ve released a few updates a year and have really grown its feature set with new game modes, maps, and improved accessibility features. We love all our children equally so we plan to give Mini Motorways the same attention – it will be quite a while before we’re out of ideas for our second game.

We can’t say exactly what we have in store for 2022 and 2023 outside of the world of Mini Metro and Mini Motorways, but we can say that our team is exploring new concepts that have that trademark of clean minimalism and relatable simplicity.

Ruby Solomon: Say no more! We’ll take every opportunity we get to thank our loyal and inspiring community. Our studio thrives off of the feedback from our players and their support for Mini Metro and Mini Motorways.

We set out on a mission to make games that appeal to everybody, and it’s been amazing to see people from all over the world find something special in what we’ve made.

Our audience has rallied behind us when we were up for the Independent Games Festival Audience Award, they’ve helped us to finesse the game when we’ve been in beta testing, and they reach out to us to share how our games have impacted their lives or helped them relax at the end of a long day.

Our relationship with our community is nothing short of amazing, and we thank our players for that! It’s every indie developer’s dream to have such a passionate player base and we can’t wait to show you all what we’re working on next.

For any of our readers who would love to know more about Mini Motorways, it is available now on the Nintendo Switch and well worth your time if you fancy picking it up.

Have you ever been stuck in traffic and wished you could do something to fix it?

In Mini Motorways, the city’s traffic problems are in your hands.

From the makers of Mini Metro, Mini Motorways is a game about drawing the roads that drive a growing city. Build a road network, one road at a time, to create a bustling metropolis. Redesign your city to keep the traffic flowing, and carefully manage upgrades to meet the changing demands. How long can you keep the cities of the world moving?