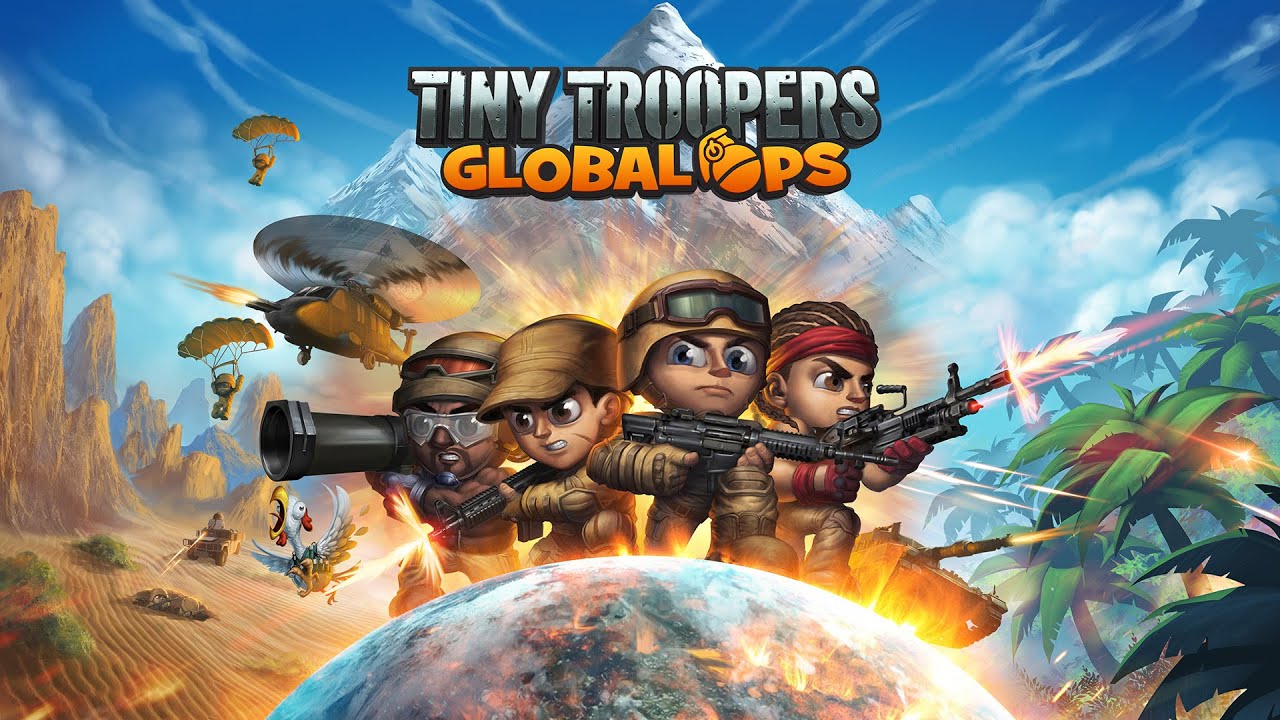 With the Tiny Troopers IP continuing to rise in strength, boosted by recent ports, a new instalment is well and truly on the way, only this time around, a different developer (Epiphany Games) is in the driving seat, but don’t worry, having recently gone hands on with Tiny Troopers: Global Ops, I can confirm this game serves as a love letter intended to honour the past, whilst also trying to offer something a little new, which gives the game a refreshing feel worth experiencing.

In terms of what is new, the biggest takeaway would be the fact that now players need not worry about controlling the squad, but an individual unit, whereas the others can either be AI controlled or controlled by other players with local co-op and online play supported. To the frustration of some, while online competitive play is not an option, the online co-op works like a charm and allows players from all over to come together and work as a complete unit, in a bid to complete the game’s main story missions. Just be warned, when playing as a full party, it does have an impact on the enemies you face as the enemy AI forces are made to be more difficult when playing against a team of four human players, compared to a team of one human player and three AI companions.

Of course, if you are playing on your own, you will need to play through the missions to earn the required in-game currency to unlock additional units to join you in battle. You can even upgrade them to your heart’s content and upgrade your own character whilst you’re at it. You can choose to arm your squad with different weapons including a flamethrower, just be careful when completing missions though. If one of your comrades falls in battle and you fail to revive them, they will be lost to you completely, along with all of their upgrades.

In terms of main game content, whilst featuring fully voiced cutscenes, it is comprised of 6 main Chapters, multiple missions per Chapter, more than 40 in total, Tiny Troopers: Global Ops certainly has enough content to play through. Depending on one’s skill level, a complete playthrough should take around 6-8 hours, but with a variety of game difficulties available from the start and more unlocked once the requirements have been met, players will easily do twice or thrice the 6-8 hour mark, should they wish.

There are also in-game achievements and a huge amount of customizable options that are unlocked throughout the entire game, a tutorial mode that will put any player through their paces and it’s worth pointing out, the actual gameplay itself is on point. With tight controls that serve the game’s arcade, twin-stick shooter genre to a tee, it is hard not to like it.

There are some instances where gameplay can feel slow and tedious at times, but that is only because in the beginning of the game, until you have unlocked the upgrade to make your characters move faster, they do feel slow and yet the actual gameplay feels very fluid indeed, resulting in a charming but reasonable pace at first, but can soon turn frantic and highly enjoyable when the time comes. One absolute highlight though, is whether you’re interacting with an object or reviving downed allies, you can still aim and fire at enemies, giving yourself a fighting chance when otherwise occupied.

With regards to the game’s graphical style, it still very much suits the Tiny Troopers style fans would know and love, whilst being easy on the eye and approachable, but still full of details for those who wish to take a closer look. There will be a small difference between those who play it on Switch and those who don’t, but the performance holds up and the running animation, which took months to perfect in a way the developers deemed appropriate, is amusing to watch. If it doesn’t make you smile, you’re missing out.

It is all too easy to understand how Tiny Troopers: Joint Ops XL has gone on to be the physical success that it is, but Tiny Troopers: Global Ops is easily a game that surpasses where it has come from and is something gorgeous and stylish in its own right. It was a bit of a risky move on the developer’s part but well worth it and we can’t wait to see where the Tiny Troopers brand goes next.