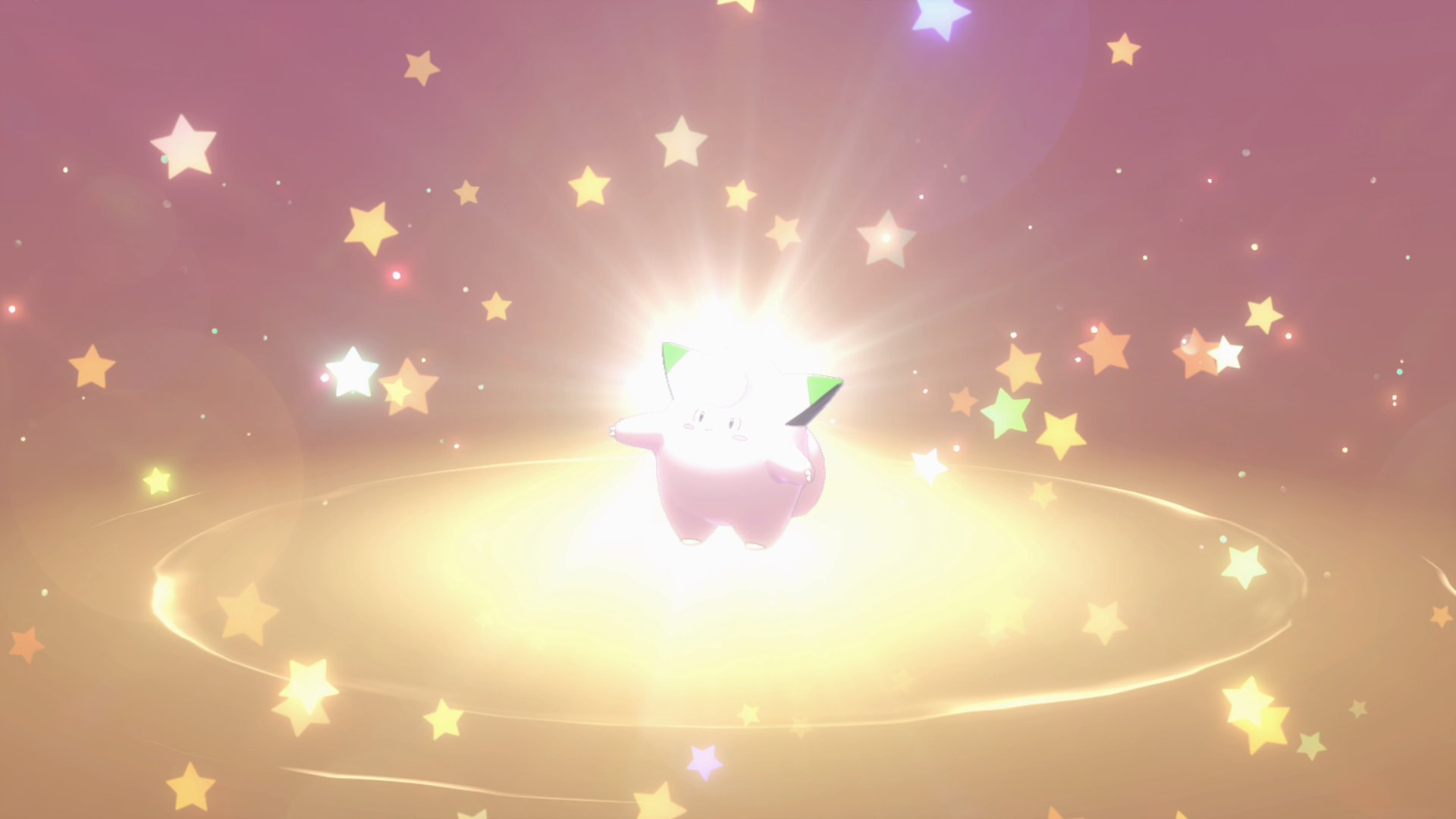 A new Mystery Gift distribution has been announced for Pokémon Sword and Pokémon Shield and this time, it concerns a Shiny Clefairy. Based on the exact same one used by Jirawiwat Thitasiri, during last year’s Asia Players Cup. Said to “commemorate the Pokémon Championships in Hong Kong, Thailand, Signapore and the Phillipenese,” this Shiny Clefairy comes available at Level 50, holding the Eviolite item. With regards to its known moves, they are: Protect, Helping Hand, Follow Me, and Icy Wind. As for the code required to be used, players will need to use the following code “APC2021CHAMP” when using Mystery Gift. Claim the code while you can as the distribution will conclude on June 19, 2022 at 15:59 UTC.

Begin your adventure as a Pokémon Trainer by choosing one of three new partner Pokémon: Grookey, Scorbunny, or Sobble. Then embark on a journey in the new Galar region, where you’ll challenge the troublemakers of Team Yell, while unraveling the mystery behind the Legendary Pokémon Zacian and Zamazenta! Explore the Wild Area, a vast expanse of land where the player can freely control the camera. Team up with three other players locally or online** in the new multiplayer co-op Max Raid Battles* in which players will face off against gigantic and super-strong Pokémon known as Dynamax Pokémon. Certain Pokémon can even Gigantamax to gain a new look and a powerful set of G-Max moves. But there’s more to being a champion than honing your battle skills: you can pick your own clothes and get a new hairdo while visiting the stores in town, so you can be the trainer you want to be. Throughout your journey, you’ll encounter newly discovered Pokémon as well as familiar ones that will look a little different in their new Galarian forms! For another way to level up your Pokémon, assign them Poké Jobs to complete, and for fun, you can even play with your Pokémon in Pokémon Camp! By using the Dynamax Crystals received via these codes, you’ll be able to face Dynamax Larvitar and Dynamax Jangmo-o in special Max Raid Battles*. These Pokémon normally can’t be encountered until later in the game! Max Raid Battles are battles in which you can recruit up to three players** via local communication or the internet to face down powerful Dynamax Pokémon! Every participant will get an opportunity to catch the Pokémon if you triumph in the battle! Additionally, with Dynamax Crystals, you’ll be able to attempt these Max Raid Battles as many times as it takes to win or until midnight on the day that the Dynamax Crystal was used, whichever comes first.*