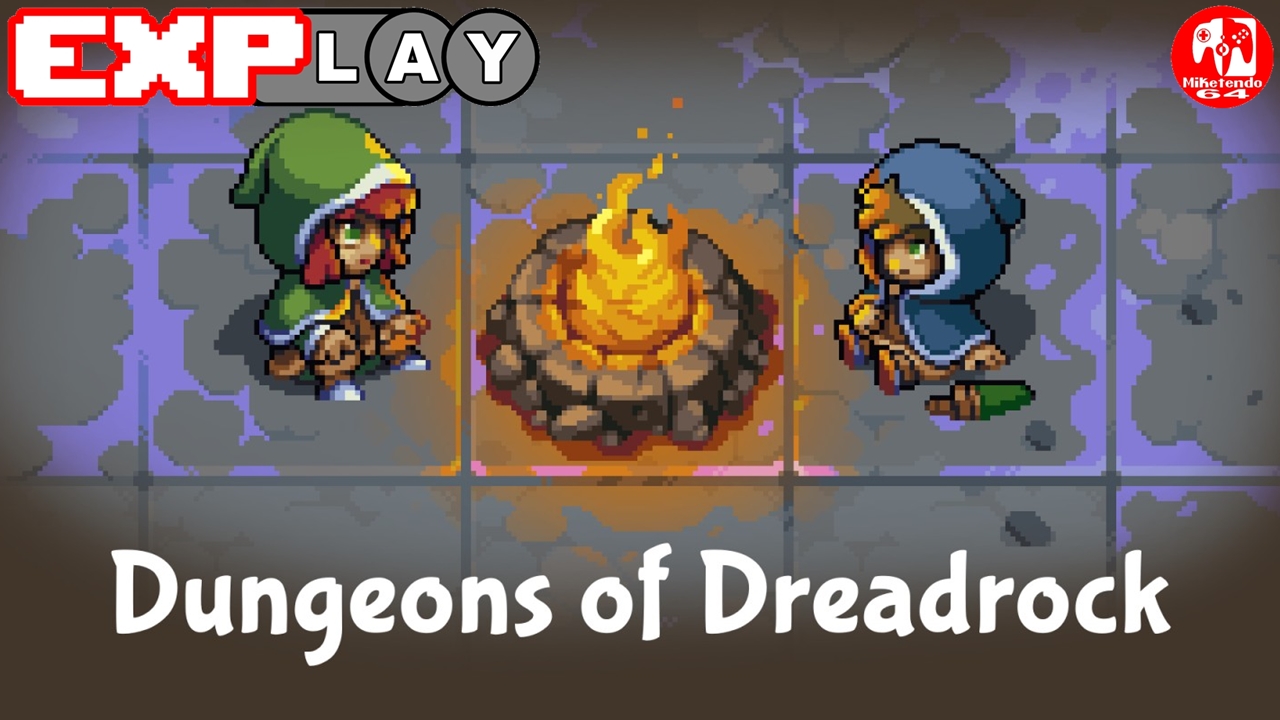 Welcome to EXPlay, (Explain & Play) the review series where we care not for scores but tell it how it is when it comes to every game we get our hands on, whilst also taking the time to include some lengthy gameplay, to give you the reader, the chance to shape your own impressions and views whilst watching and reading. In this installment, we’re covering Dungeons of Dreadrock by developer Prof. Dr. Cristoph Minnameier.

Dungeons of Dreadrock: (The Explanation)

Dungeons of Dreadrock on Nintendo Switch is a beautifully pixel art-style game that brings together elements of adventure and puzzling as you navigate room to room. The game pays homage to classics like Legend of Zelda in its adventure and style and mixes in a bit of tile-by-tile movement, as you progress room-to-room. You begin the story sitting at a campfire with your brother, who leaves and heads into the dungeon to have your character hurry after him, despite his warnings. The game has a bit of self-awareness to it that comes out in the notes you find, conversations you have, and monologuing you will do as you descend into the lowest dungeon in search of your brother.

At first, I wasn’t sure what to expect from Dungeons of Dreadrock, though the game quickly throws you head first room by room, floor by floor into an ever difficult and challenging puzzle/movement dance. You can only move in the top, right, bottom, and left directional movements, which reminded me more closely of 2D Game Boy and Game and Watch style games. Along your path, there are items you may find either by walking over them or by interacting with notes or switches along the paths.

Enemies you encounter are typical dungeon-dweller varieties, some are easy to defeat, which just has you walking into them and striking them, while others may need to be impaled by activating switches, or dropped into the depths below by opening up a trapdoor in the floor. Not too long into my gameplay session was I encouraging a charging bull-like miniboss into getting stuck in the rock walls or zipping across portals to attack an enemy from behind. One really early and clever kill had me instantly killing a would-be tough boss by blipping into the same space as him since no two beings could be in the same spot at one time.

The puzzles I encountered we typically pretty easy in nature, though usually only once the solution seemed to appear in front of me. If you spend too much time in a room you can summon a hit which usually comes as a riddle in a note. It is one thing to get a hint, it’s another thing for the developers to make you work hard for the solution by talking in rhymes and riddles. It’s a system that I didn’t encounter that often but enjoyed when they would pop up and I was clearly stumped.

The art style and music of Dungeons of Dreadrock will seem familiar to anyone from the 80s and 90s era of gaming. The nostalgia in Dungeons of Dreadrock runs deep and is worn on its sleeve. Like I said earlier there is a homage and reverence of the source material but also a bit of snark in how the messages you come across or the dialogue from NPCs and enemies is blunt and to the point in referencing the source material.

If you are looking for a challenging game (you can turn off the hint system) and die and repeat gameplay doesn’t bother you much, Dungeons of Dreadrock is an instant Switch classic game. It won’t be for everyone, as you will probably die a lot as the puzzles get more and more challenging. Timing and movement are key to survival and while it isn’t my typical style of game, it was one that I enjoyed as I played for this review. I wholeheartedly recommend giving Dungeons of Dreadrock a go. It is a smaller budget game at $10 USD, but it’s loads of fun and well worth the price.

Dungeons of Dreadlock: (The Gameplay)