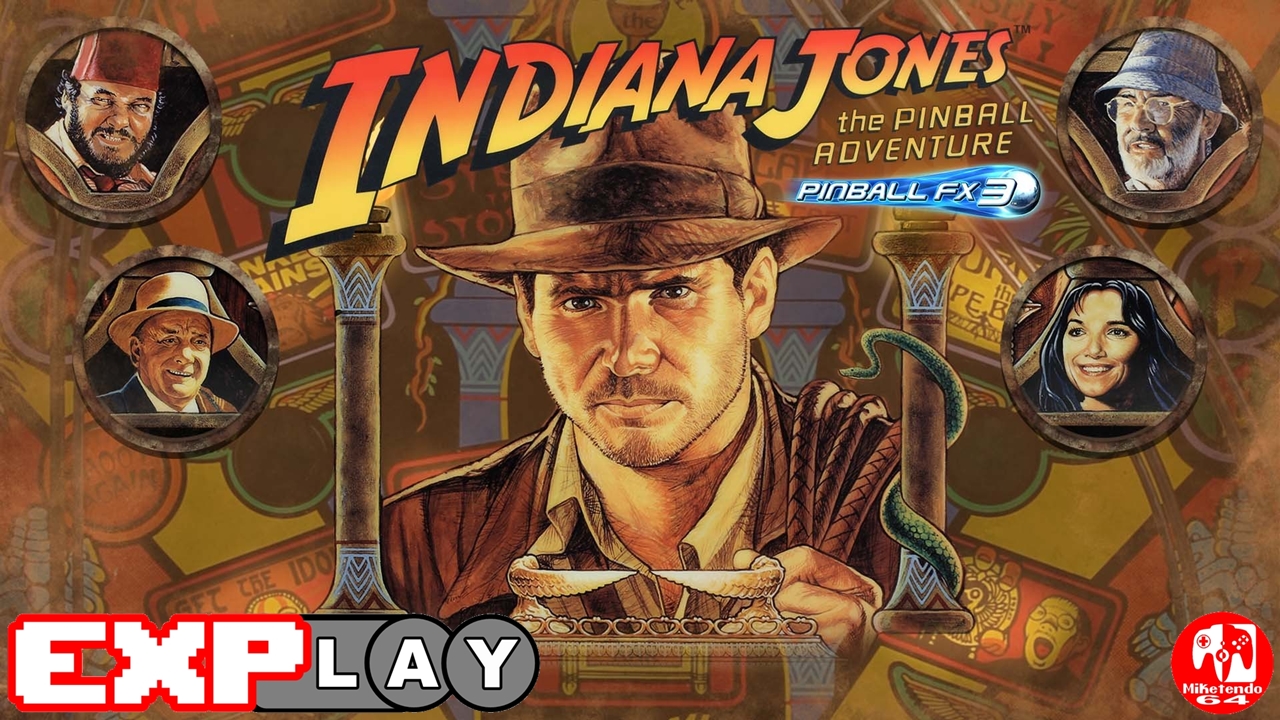 Welcome to EXPlay, (Explain & Play) the review series where we care not for scores but tell it how it is when it comes to every game we get our hands on, whilst also taking the time to include some lengthy gameplay, to give you the reader, the chance to shape your own impressions and views whilst watching and reading. In this instalment, we’re covering Rush Rally Origins by developer, Brownmonster.

Pinball FX3 released in 2017 is a staple pinball game series on Switch, as well as other consoles. The game has seen multiple table releases over the last five years including great movie-licensed tables like Jaws, Jurassic Park, Aliens, and more. With each title comes a bit of nostalgia and excitement from me having played many of these physically in various arcades and gaming conventions. The licensed games come in single and multiple table varieties. Pinball FX3 – Indiana Jones: The Pinball Adventure unfortunately, is jammed into one table and comes with a higher price tag for the single-table experience.

Pinball FX3 is one of those gems of a series that continues to expand over the course of the game’s release and the new Indiana Jones table is no exception. The licensed tables usually do an amazing job of capturing the sounds, music, and visuals of the movies or tv shows in a way that some of the other tables not based on properties don’t do as well.

While playing Indiana Jones, if you aren’t humming the main theme within a few minutes and being sent back to 80s movies, there’s not much that will draw you in. I feel like these classic Williams’ tables succeed mainly on the nostalgia factor and your love for the classic movies.

Pinball FX3 – Indiana Jones: The Pinball Adventure does have some nice 3D models that adorn the playfield like a whip-swinging Indie and army tanks and planes. The artwork on the table showcases the main cast of characters and is color and vibrant. There are plenty of areas on the table to hit like ramps, bumpers, and panels, typical pinball table adornments. If there’s one complaint I have about the table, it is a seemingly wider flipper opening which leads to a lot of lost pinballs.

There are minigames in the Indiana Jones table, many of which play out in orange and black pixels throughout your playthrough. The implementation of the video board is welcome in these pinball tables, many of which are modeled after their real-world counterparts. There’s a cool minigame in the top left that plays out like those tilt-board games after you hit the tiles spelling out the word “Adventure”. While I only got up there a few times in my time so far with the table, it makes for a fun minigame within the fuller pinball table.

Pinball FX3 – Indiana Jones: The Pinball Adventure also implements character voice clips, as many of the tables do. I did not find the clips to be as annoying as some of the other tables and I feel as though I didn’t hear them as often, as with Back to the Future or E.T., though audio clips are present in this table too.

In my time so far with Zen Pinball FX3 – Indiana Jones: The Pinball Adventure is a mid to top tier table as far as the licensed tables go. The main downer for many may be the price tag for the single table being the highest priced DLC for Zen Pinball yet. That alone may inhibit many from purchasing and playing, however, if you enjoy Indiana Jones, I highly recommend the Pinball FX3 DLC table.