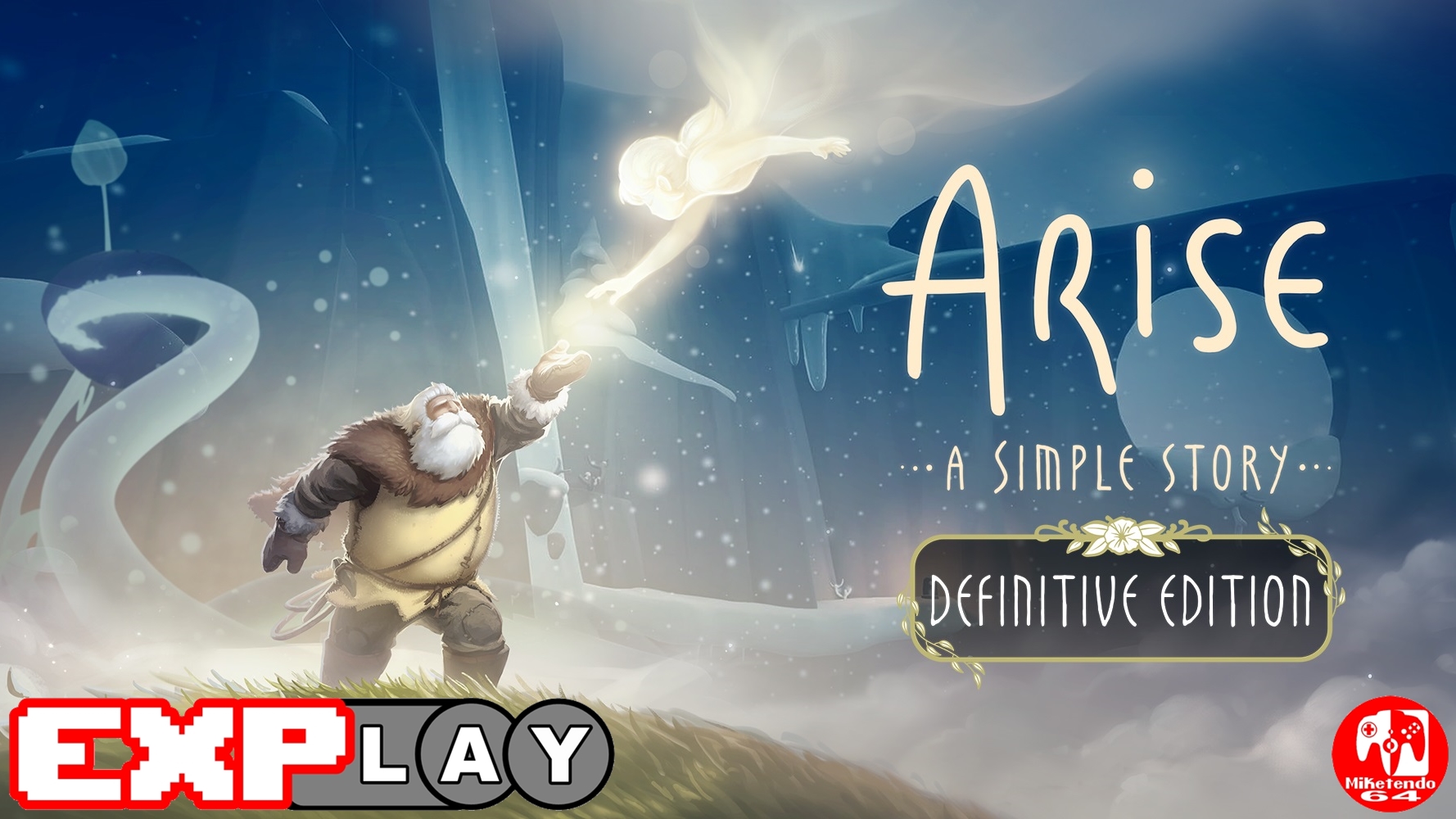 Welcome to EXPlay, (Explain & Play) the review series where we care not for scores but tell it how it is when it comes to every game we get our hands on, whilst also taking the time to include some lengthy gameplay, to give you the reader, the chance to shape your own impressions and views whilst watching and reading. In this installment, we’re covering Golden Force by developer Piccolo Studio.

Finally arriving on the Nintendo Switch in May, Arise: A Simple Story – Definitive Edition is a narrative story adventure that uses the world and postcard-like images to tell the tale of its main character. The story is an emotional story that follows a man and the loss of his greatest love.

The world is reminiscent of a dreamlike state of mind that has you going through incredibly vast landscapes, gigantic worlds, flooded mountains and valleys, and more. You move using the left control stick with the rare ability to zoom in and out to see a close-up look or more of the world. The right stick allows you to move forward and backward in time which alters the world around you.

The alteration of the world around you is the game’s main gameplay gimmick, which serves as the catalyst for making platforms appear as water levels rise and fall, or a snail is placed along your path to jump onto, and spider webs appear allowing you to jump higher in the air. Time-altering can be tricky in some areas that require jumping in quick succession, like on some of the spider webs or on the tops of giant sunflowers.

Arise: A Simple Story uses subtle audio cues from the main character when he is distressed after a jump or fall with light grunts and groans. The subtle ambient sounds of nature also give a calming feel similar to games like GRIS or RiME. There are no spoken words in the game, which lends itself to a narrative that is told through the world as well through postcards that you find that show your story throughout the game.

Arise is an emotionally driven game that in my short time with it so far for our EXPlay has hooked me into wanting to see the story through to completion. Games like Arise that have a deeper story being woven alongside exploration can sometimes lose the gamer from section to section. Since some of the glowing story bits are off the beaten path filling in the gaps can be hard. If you plan to pick up Arise, I recommend exploring each nook and cranny to uncover the story being told through the photos.

Graphically Arise: A Simple Story is told in a simple smooth style that sometimes looks like a moving storybook. There are fantastical locations that will surprise you and some of the levels seem foreign even to Earth itself.

The Definitive Edition on the Switch has a photo mode and digital storybook to round out the full package. They are fun modes to engage in and enjoy, but not core to the overall storytelling. If you enjoy slower-paced story-driven games then I would give Arise: A Simple Story a go.