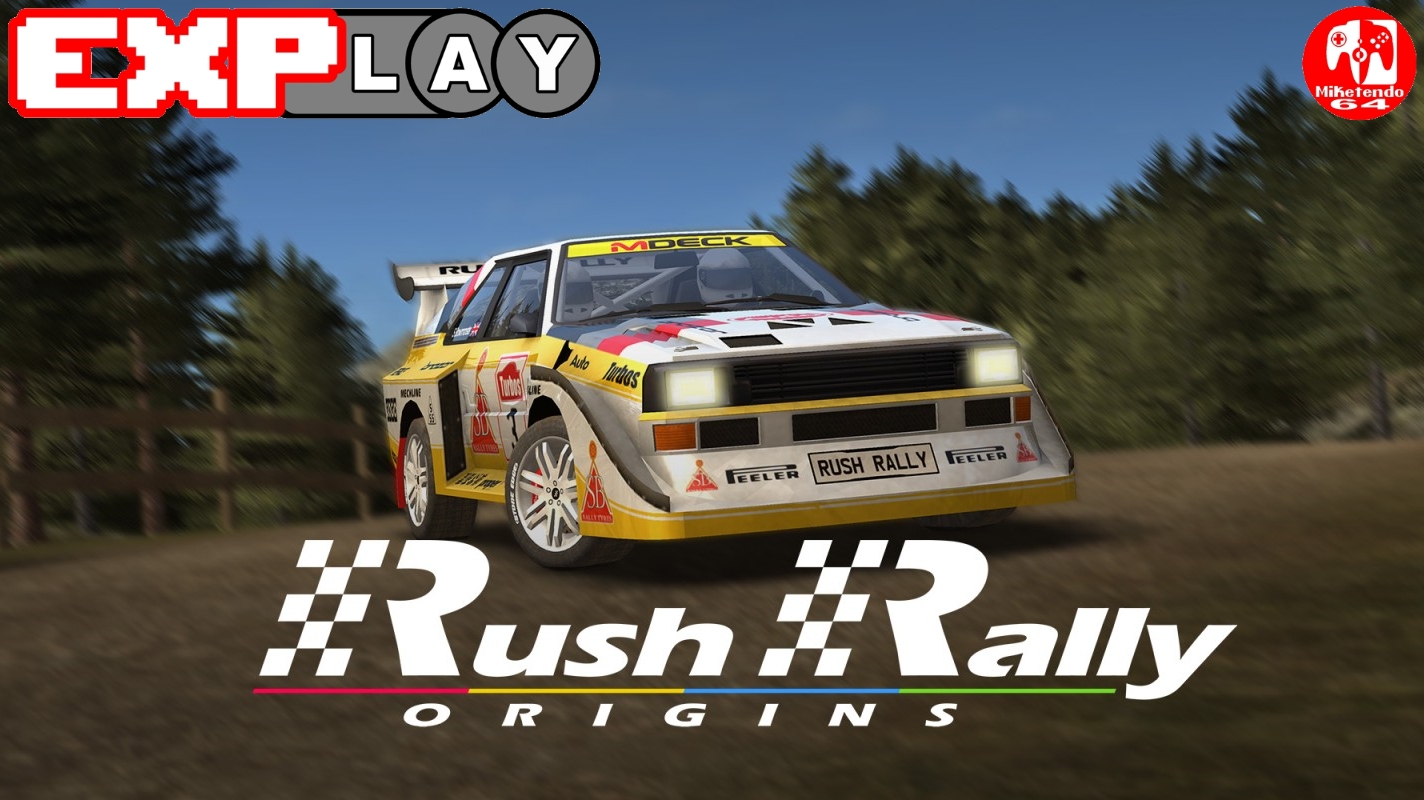 Welcome to EXPlay, (Explain & Play) the review series where we care not for scores but tell it how it is when it comes to every game we get our hands on, whilst also taking the time to include some lengthy gameplay, to give you the reader, the chance to shape your own impressions and views whilst watching and reading. In this instalment, we’re covering Rush Rally Origins by developer, Brownmonster.

It’s time to start your engines and rally like you’ve never rallied before. Thanks to a new instalment in the Rush Rally series that takes the highly praised graphics and physics engine previously used for Rush Rally 3, but combines them with a top-down perspective to make the even better Rush Rally Origins. The result, a racing experience you won’t want to miss out on.

Comprised of a total of 36 newly created stages, more than half of the number of stages available in Rush Rally 3, Rush Rally Origins is a racing game that will truly test the player, thanks to HD rumble and a fantastic physics engine, which require players to slow down, brake and/or drift around tight corners accordingly, should you wish to maintain your position and not spin out of control, or worse, go off track and crash into a tree. Then of course, in an even worse scenario, you could completely miss a bridge and fall into a ravine that becomes impossible to get out of, forcing you to restart the race.

The main modes of Rush Rally Origins are Time Trials, Championship, Race and Multiplayer. With time trials, players need only to play each given stage to unlock the next one and try to beat it as fast as they possibly can, whilst trying to meet the proper time-based requirements to earn a bronze, silver, or gold medal. Of course, there’s four types of medals one can earn, D, C, B and A rank, which are dependent on the rank of your given vehicle. Speaking of, players are free to upgrade their preferred car via a series of unlockable upgrades that can boost acceleration, braking, top speed and handling.

The more you upgrade your vehicle, the higher the rank, but players are free to undo the upgrades as they wish, when trying to obtain other medals based on rank. With regards to the Championship mode, players are able to play a set of races within one of the game’s eight real world nations, and race for the number one spot. Whereas in the lesser Race mode, the same rules apply, mostly. Players need only to finish in the top three positions to earn a race on each given stage, with more stages unlocked the more you race and new cars unlocked, the more you drive.

As for the Multiplayer mode, players can race against others online, providing their connection is reasonably solid. Regardless of what mode you play, near flawless performance and high-speed racing awaits thanks to a stable 60 fps. There is also an in-game leaderboard for the players who really wish to show off what they can do and try to earn themselves a place among the world’s very best.

Be it snow based-terrains, dirt, tarmac, mud and gravel with stages that will allow you to alter their night and day settings, Rush Rally Origins is easily an enjoyable racer that knows how to get the party started and once a player has successfully picked up on the game’s controls and kinks, you’ll be exhibiting fancy drifts in no time. Should you feel the game resist you, however, due to its current control set-up, you are always welcome to optimize the controls in a manner that serves you best.