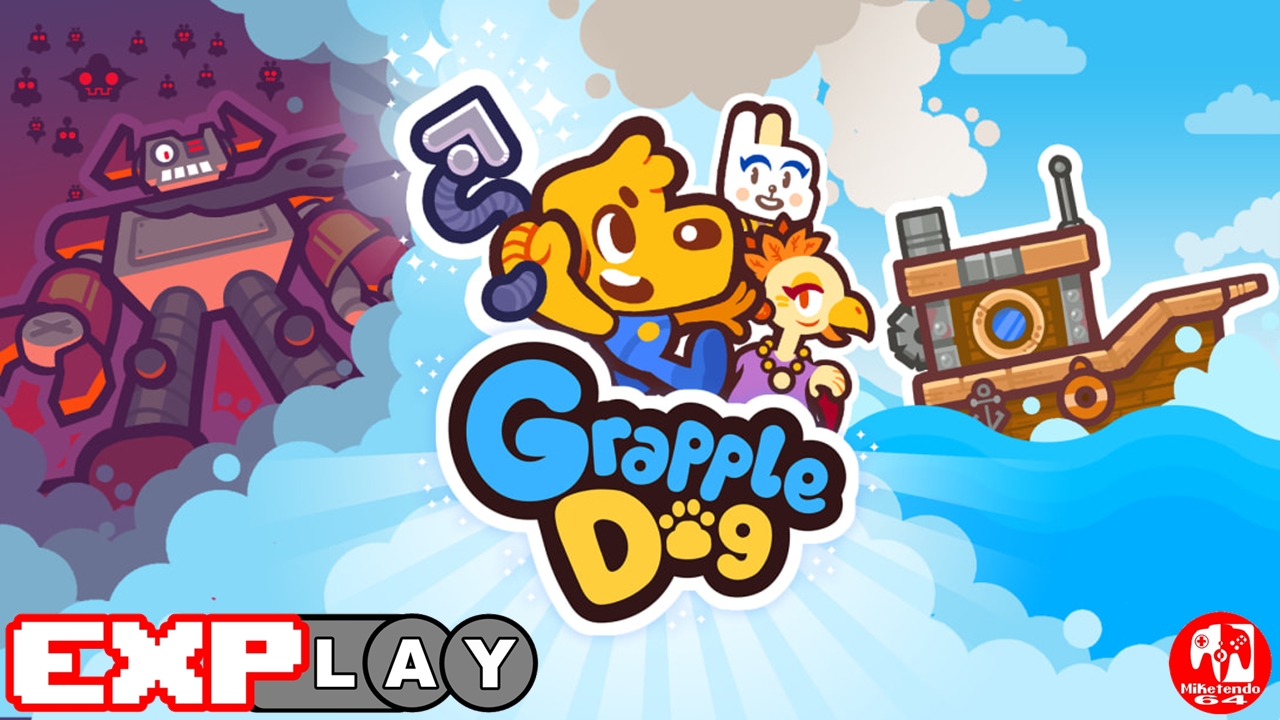 Welcome to EXPlay, (Explain & Play) the review series where we care not for scores but tell it how it is when it comes to every game we get our hands on, whilst also taking the time to include some lengthy gameplay, to give you the reader, the chance to shape your own impressions and views whilst watching and reading. In this installment, we’re covering Grapple Dog by developer Medallion Games.

Grapple Dog is a 2D platforming game from developer Medallion Games and is one of the first games under the new Super Rare Originals publishing label by Super Rare Games. The game follows a dog called Pablo who, armed with a grappling arm, sets off to save the world from an evil robot and his armies from destroying the world.

To hinder his progress, there are enemies and hazards that will harm Pablo if he comes into contact with them. Pablo can take up to four hits before he blacks out. He will then restart at the last checkpoint he came into contact with and will lose any progress or collectibles he had gained after reaching the checkpoint.

The gameplay in Grapple Dog is rather linear in that you have to go from point A to point B but actually getting there is anything but linear. No stage is a simple left to right process but rather you will go from left to right, then up and left, and then right and down and then right and up again. What I mean to say is that each stage is much like a maze with its own intricate level design that will certainly keep you on your toes.

Upon beating each stage once, you will be able to play through it again to collect anything you may have missed before or opt to take on the Time Trial for that stage. In Time Trial, you simply need to get to the end as quickly as possible. There are three record times that will award a player a medal if beaten with Gold being the best. Time Trials are not required to be played to enjoy the game but if you are looking for some extra challenge, they may definitely give you an extra incentive.

Grapple Dog is a charming game with cute characters and very remarkable level design. I saw this game back at the Super Rare Games Stand at EGX 2021 and was impressed by how many people were lining up to play the demo and trying to get the top record time. I didn’t play the game myself at EGX but I could see by looking at those who were playing it, how much they were enjoying themselves.

Having played the game now, I am pleased to say that Grapple Dog is even more fun to play than it is to watch. Yeah, it has some tricky spots but when you learn how to use the grapple arm to full effect, you will be navigating through each stage like a Pro. I have really enjoyed playing Grapple Dog and would definitely recommend it to anyone looking for a great platformer with cool gameplay mechanics.