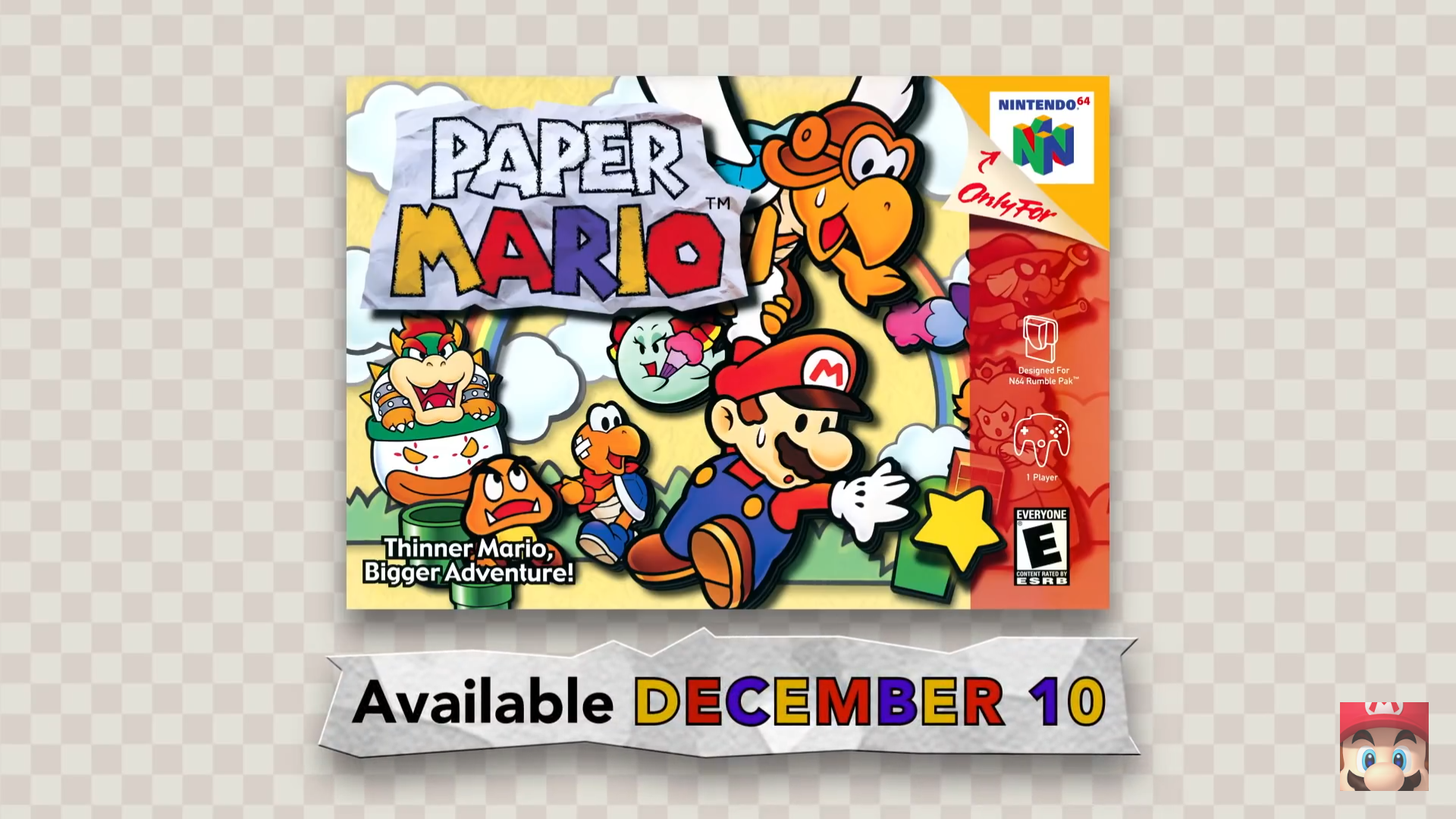 December 3, 2021 8:07 am Published by Mike Scorpio Leave your thoughts

Nintendo has announced via a new trailer the first additional N64 game to be added to the Nintendo 64 – Nintendo Switch Online + Expansion Pack service. The new addition is Paper Mario 64 and it will be coming to the service on December 10th.

Paper Mario 64 is a great game and one of my favourite Nintendo 64 games and Mario RPGs. However, it is being added to the on its own to the Nintendo 64 – Nintendo Switch Online + Expansion Pack has us thinking that it is a huge possibility that all the other Nintendo 64 games that will be added in the future will also be drip fed singularly over time. On the plus side, I guess we will have a bit more time to play each game before the next addition.

It’s a paper caper! Paper Mario, originally released for the Nintendo 64 system, will become available for Nintendo Switch Online + Expansion Pack members on 12/10! After Bowser steals the Star Rod and kidnaps Princess Peach, Mario plots to rescue the seven Star Spirits and free the Mushroom Kingdom from the Koopa’s rule. As Mario travels from the tropical jungles of Lavalava Island to the frosty heights of Shiver Mountain, he’ll need all the help he can get. Master the abilities of the seven Star Spirits and the other allies joining the adventure to aid our hero on the battlefield. There are over 50 Badges to locate that, when equipped, will grant special abilities and powerful attacks. The turn-based battle system will make fighting Bowser’s baddies equal parts strategy and timing. Discover over 100 items, mix them together, and cook up fantastic creations to keep Mario going strong in battle. Close the book on Bowser’s story before his evil deeds turn the world upside down and make it so only HIS wishes come true!