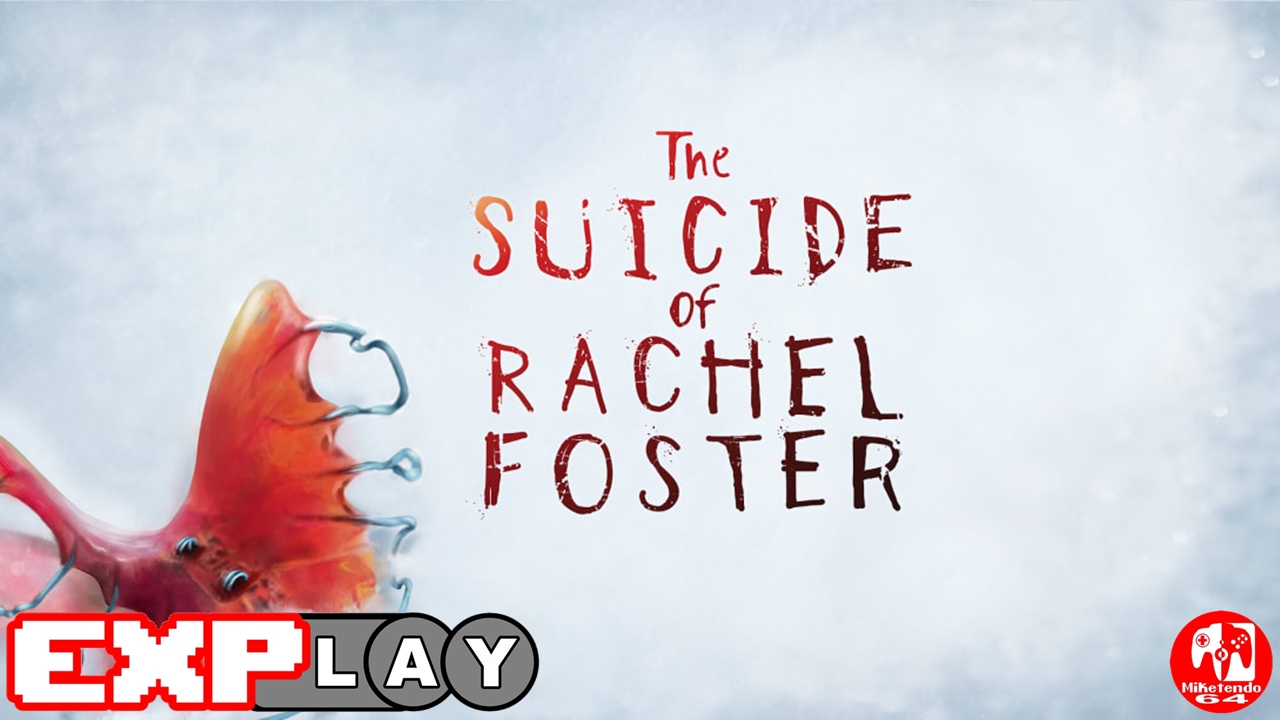 Welcome to EXPlay, (Explain & Play) the review series where we care not for scores but tell it how it is when it comes to every game we get our hands on, whilst also taking the time to include some lengthy gameplay, to give you the reader, the chance to shape your own impressions and views whilst watching and reading. In this installment, we’re covering The Suicide of Rachel Foster by developer Daedalic Entertainment.

The Suicide Of Rachel Foster: (The Explanation)

The Suicide of Rachel Foster is a first-person walking-simulator game. You play Nichole who recently inherited the family hotel. Nichole gets stuck in a snowstorm in Lewis & Clark, Montana, United States, and has only her thoughts and a helpful FEMA agent named Irving. Early in the game, you find out that Nichole’s father had an affair with Rachel, and had gotten her pregnant. Between the pregnancy and all the stress, Rachel supposedly killed herself several years ago and now that you are back at the hotel you begin to unravel the mystery behind Rachel’s death.

You control Nichole by moving her with the Left-Control stick. Most of the rooms in the hotel have objects you can interact with using the A-Button. Nichole has a map of the hotel which shows room layouts for the floors along with names of the major rooms. You can flip through the floors by pressing L or R. When you pick up an object you can zoom in on the object with ZL and look for clues or a close-up view of the item.

In The Suicide of Rachel Foster, you play out the adventure over 10 days. Throughout the 3 ½ – 4-hour adventure you’ll need to do a variety of tasks from turning on the power after the lights go out, finding some food for Nichole, recovering keys to a music box, and more. Your time in the hotel is an eerie atmospheric tale of mystery and intrigue as you unravel the mystery behind Rachel’s death and ultimately uncover a truth that Nichole herself had tried to keep from believing.

The Suicide of Rachel Foster isn’t a horror game, though there are elements of jump scares and suspense as you move quickly through the hotel’s rooms which seem to be haunted by Rachel’s spirit. Because you are mostly alone, except for the occasional phone call from Irving and his insight into what to do next, the fractured disconnect in the hotel is mildly terrifying.

During the game, you will eventually pick up a few useful objects like a Polaroid camera, a microphone, and a flashlight. These items can be used by holding ZR once equipped from your D-Pad. The flashlight was the most useful for me out of the three items, though the other two had their uses. In fact, the Polaroid which you find early on comes in handy later on as some clues are discovered that were once taken with the Polaroid camera.

The whole game feels a bit like first-person walking simulation games like What Remains Of Edith Finch and Firewatch. Since a lot of the game’s story comes out through Nikki’s monologues. There are also choices in dialogue during conversations with Irving, that while they seem to give choice, lead to the same destination in the narrative, though may reveal various story beats just based on Nikki’s responses or line of questioning.

The Suicide of Rachel Foster is a gorgeous-looking game with photo-realistic areas and objects you can interact with. The story wraps up nicely and is quite tragic in the end. If you like walking-simulator mystery games, you will like this game.

The Suicide of Rachel Foster: (The Gameplay)