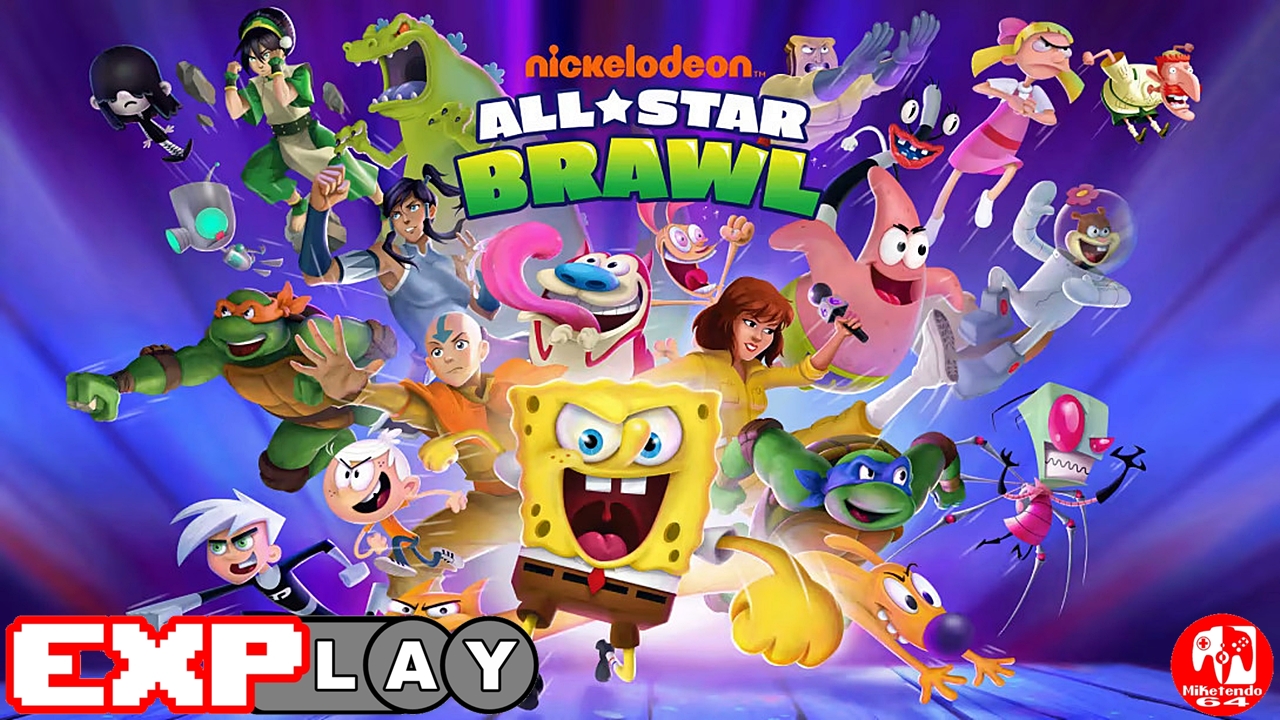 Welcome to EXPlay, (Explain & Play) the review series where we care not for scores but tell it how it is when it comes to every game we get our hands on, whilst also taking the time to include some lengthy gameplay, to give you the reader, the chance to shape your own impressions and views whilst watching and reading. In this installment, we’re covering Nickelodeon All-Star Brawl by developer Ludosity & Fair Play Labs.

Nickelodeon All-Star Brawl is a game that does its best to copy the homework of the smartest kid in class and tries to pass it off as their own work. There’s no hiding the fact that Super Smash Bros. Ultimate, and the SSB series in general, is the inspiration for Nickelodeon All-Star Brawl, as well as other platform fighting games we have seen in recent years. There’s no denying that Smash Bros. as a series has catapulted the mascot fighting genre into the stratosphere, but should game developers try and capitalize, or should they move on and try something else?

I want to first state that there are a few things that Nickelodeon All-Star Brawl does well. The presentation of the game’s many modes, albeit quite barebones that they are, is done in a colorful and cheery style which harkens to the light-hearted tone of most of the characters represented in the game, as well as the Nickelodeon brand name. At the start, you have three main areas for fighting, alongside your Extras and Settings section of the title screen.

Battle thrusts you right into the basic fighting modes of Stock (lives), Timed, and Sports areas, along with a tutorial and training area. Stocked and Time are pretty standard. The sports modes are an ok addition and add a ball into the mix which must go through a starry-shaped goal on the map. The sports modes weren’t that fun to be and have the awkwardness of either trying to hit the ball through the goal or picking it up and carrying it or throwing it through.

Arcade mode is a character-by-character fight in which you choose your main combatant and work your way through the ranks. You move through seven levels some of which you get to choose who you will fight. Since I found some of the levels to be less than ideal for ‘smash style fighting, there were some opponents that I had rather not fight, just because their level design was not my favorite.

Nickelodeon All-Star Brawl currently has 20 characters to choose from across Nickelodeon’s animated tv shows. There are staple characters like Spongebob, Patrick, Aang, Korra, Powdered Toast Man, Leonardo, and Michelangelo which fit mostly well in the fighting style game. Then there are others like Helga, Nigel Thornberry, CatDog, and Lincoln Loud that seem to have moves pulled out of thin air to have them featured in the game.

The maps of Nickelodeon All-Star Brawl are organized into categories of a main platform with a few other smaller platforms to jump to, or larger sprawling stages that are suitable for four-player fighting. Then there are levels that feature moving platforms which I dislike, as it’s hard enough to jump and land sometimes, let alone fight your opponent as well.

At the end of the day, your mileage with Nickelodeon All-Star Brawl will vary. If you have Super Smash Bros. Ultimate on the Switch then I find it hard to recommend this game since characters seem to be more floaty and less responsive when attacking. Since most of these characters never fight in their respective cartoon shows, the move set is also pretty lackluster.

Nickelodeon All-Star Brawl is pretty to look at and contains music and levels that are inspired by the shows the characters come from, but that is about all. The presentation shines, but it only shines so well. Once you try and move around and fight, the game begins to show itself as an imposter in the platform-fighting genre and in the end just can’t compete alongside Super Smash Bros. Ultimate.