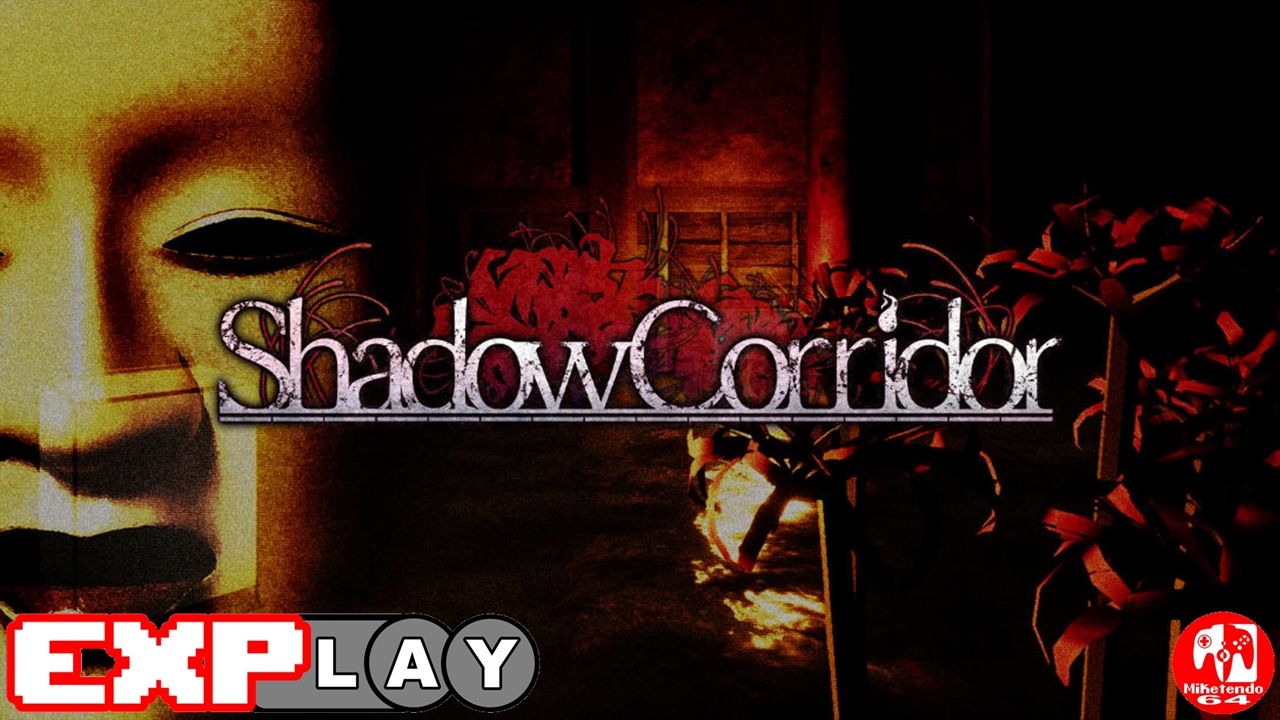 Welcome to EXPlay, (Explain & Play) the review series where we care not for scores but tell it how it is when it comes to every game we get our hands on, whilst also taking the time to include some lengthy gameplay, to give you the reader, the chance to shape your own impressions and views whilst watching and reading. In this installment, we’re covering Shadow Corridor by developer Regista.

Shadow Corridor is a first-person horror /dungeon crawler game by Japanese visual novel publisher turned video game publisher Regista. In the game, you take on the role of an unknown protagonist who comes across an alleyway that reminds them of memories from their childhood. Letting curiosity get the better of them, they walk down the alley and eventually find themselves far away from the familiar street they once were. Now, they are trapped inside a dark building with dimly lit corridors and must find a way to escape and get back to safety.

As you can guess by the name, Shadow Corridor challenges players to navigate their way through a series of dark corridors. The only source of illumination comes from the lighter in the character’s hand and any candles that you light along the way. While you stumble along in darkness, you will find locked doors blocking your way and must search for keys nearby so you can open them. It can be troublesome at times as you are not alone in the pitch black.

Dark spirits roam the corridors and will attack you without a second thought. There are no means to defend yourself or keep them back so you must resort to running away and finding a place to hide until they go away. Some spirits are more sensitive than others. Some spirits are attracted to the illumination of your lighter while others respond to the sound of your footsteps. If you find yourself on the wrong side of these ghastly foes and have found a hiding place to lie low in, don’t forget to turn your lighter off as the spirits will hone in on your location.

In each section, there are a number of items that you can pick up and use. Things like firecrackers can be used to create a diversion and lure spirits away from your location. Other items include a hand mirror that can teleport you, a flashlight, special crystals, a Noh Mask, and rubber boots. The later two items are special items that you can only hold one of at a time. They have positive and negative attributes such as the Noh mask further limiting your visibility in the darkness or the rubber boots improving your walking speed when wading through water.

Shadow Corridor has three difficulty levels but only two are accessible from the beginning: Novice and Challenger. Novice is the easiest difficulty and features fewer and less aggressive enemies as well as a minimap to help you navigate through each stage (stage clear conditions are also more relaxed). The Challenger difficulty is harder and requires players to consume an object called magatama upon death in order to restart from point of death. Magatama can be found throughout each stage but you will have to chance finding it as the game features procedurally generated maps. This also makes multiple playthroughs different each time as no map is exactly the same.

Shadow Corridor is a rather interesting game and reminds me of the Project Zero games (Fatal Frame in the US and other regions) in a way with the Japanese setting and having to deal with evil spirits. However, that is where any similarities between the two end as you can at least fight back against the ghosts in Project Zero with the Camera Obscura. In Shadow Corridor, you may get lucky and find a crystal ball or a camera which, are effective against the spirits. For the most part though, you have to rely on running and hiding.

All in all, Shadow Corridor is a game that may interest those who enjoy Survival Horror games. The visuals themselves let the game down somewhat but the atmosphere and the tension are pretty solid. If the likes of Slenderman or Silent Hill are your kind of games, then Shadow Corridor may just be worth a punt to you.