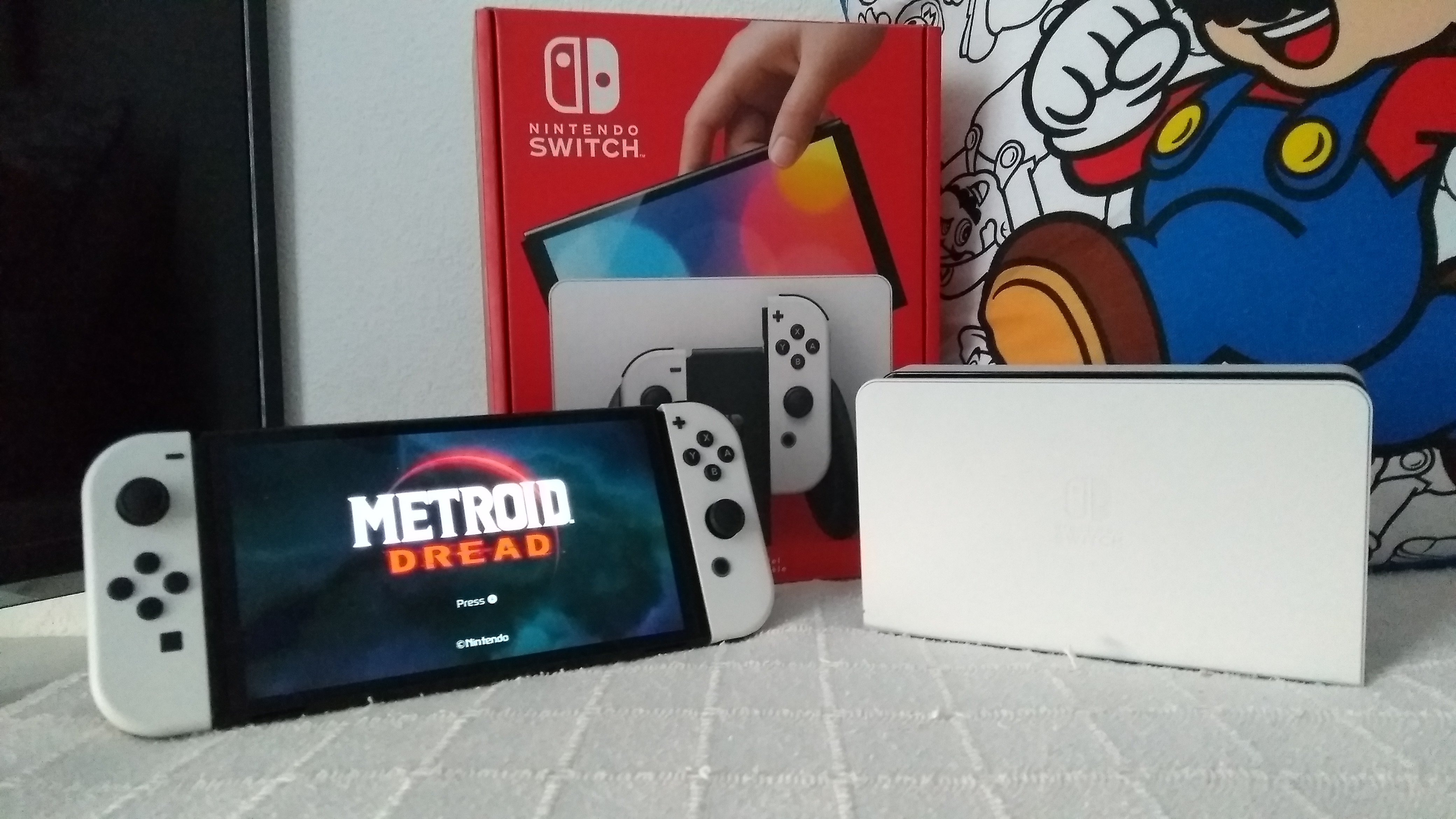 In this feature, we highlight five Nintendo games that look stunning on the Nintendo Switch OLED Model.

The Nintendo Switch OLED model has quite a few improvements over the previous Nintendo Switch models but the one feature that ultimately stands out is its 7-inch OLED screen. Now, the size of the screen might not sound like such a huge deal compared to the 6.2-inch screens of the other Switch models but it does indeed make a difference when playing in handheld mode and having everything on-screen displayed that little bit bigger.

However, it is not the size of the screen that matters but the fact that it is OLED. This means that the Nintendo Switch screen is not illuminated by a single backlight but that each individual pixel is lit up independently. This allows the colors to feel more vibrant and that real or “true” blacks can be implemented as they are not lit up like they are on a backlight.

For this feature, we are looking at five Nintendo-published games that truly look their best on the Nintendo Switch OLED model. We will be doing a follow-up article on Indie games and third-party games but for this feature, it is all about Nintendo.

No surprises with this game, so we wanted to get it out of the way first. Metroid Dread was literally designed to be played on the Nintendo Switch OLED and when the new console launched on the exact same day, it only solidified the fact (plus the white and black colored dock and Joy-Con having the same color scheme as the E.M.MI, not a coincidence). Metroid Dread is all about those vibrant colors that are contrasted by dark environments. The fact that the black areas are truly dark amplifies the tone of the game and makes it feel much darker and than it does on the Nintendo Switch.

continuing on from the bright colors being contrasted with dark backgrounds theme, Luigi’s Mansion 3 is another great game to play on the Nintendo Switch OLED. The game is designed to be spooky and dark whilst being colorful and comical at the same time. It is an ideal game to play on Nintendo Switch OLED and the already beautifully detailed environments in the game are even more incredible to look at. The lighting effects on Floor 15: The Dance Hall, for example, look even more vibrant on the OLED screen.

Developed by PlatinumGames and published by Nintendo, Astral Chain is most definitely one of the best-looking action games on the Nintendo Switch. The lighting and the visual effects are really something on the OG Switch but on the Nintendo Switch OLED, they are truly something else. The colorful and vibrant cyberpunk world of Astral Chain looks so good on Switch that you wouldn’t want to play it in docked mode unless you had an OLED TV because after playing it on a Nintendo Switch OLED, you wouldn’t want to play it on anything that isn’t OLED.

What game could be better to round out our list of great Nintendo-published games to play on the Nintendo Switch OLED than Splatoon 2? The game literally oozes color from its pores (or should that be ink sacs) and playing it on an OLED screen just makes it look all the more spectacular. This 3rd person shooter has always been a blast to play on Switch and while Splatoon 3 isn’t out on Switch until 2022, there is still plenty of time to ink it out with Splatoon 2 on the Nintendo Switch OLED.

What do you think of our list of five great Nintendo-published games to play on Nintendo Switch OLED? Are there any particular games that you would like to see make it into our follow-up feature of five great Indie Games or 3rd Party Games? Please let us know in the comments.