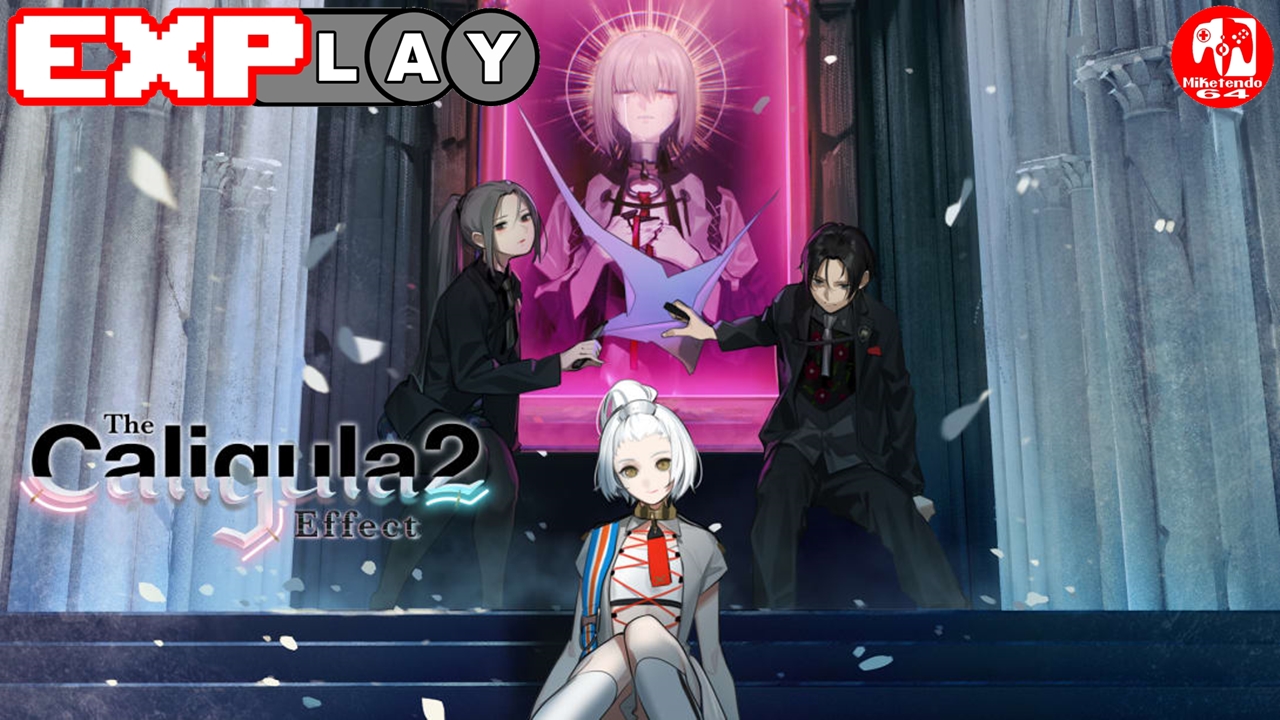 Welcome to EXPlay, (Explain & Play) the review series where we care not for scores but tell it how it is when it comes to every game we get our hands on, whilst also taking the time to include some lengthy gameplay, to give you the reader, the chance to shape your own impressions and views whilst watching and reading. In this installment, we’re covering The Caligula Effect by developer Storybird Games.

The Caligula Effect 2: (The Explanation)

The Caligula Effect 2 is a sequel to the third-person, role-playing strategy game The Caligula Effect. A virtual icon or “virtuadoll” called Regret has created the world Redo where people can escape and forget the harsh realities of real life and begin anew. All was well until another virtuadoll enters the world of Redo with designs to tear down the false world and return the people trapped in their fake realities to the real world.

The game’s protagonist (male or female depending on the gender you choose at the beginning of the game) suffers from strange dreams that are memories of their past life coming back to haunt them. While the protagonist leaves school early due to a headache, they take the train and begin to hear a strange voice. The voice belongs to a virtuadoll called X who is the one who infiltrated Regret in order to shut it down.

As the protagonist becomes self-aware of their past, they aid X in her quest. They didn’t that they have much of a choice, however, as X has bonded herself to the protagonist in order to take on a physical form. The result of this being that if she dies, the protagonist will too, and vice versa.

The gameplay in The Caligula Effect 2 mainly involves exploring different locales and fighting enemies via turn-based combat. When you engage in combat, you will be cordoned off in a circular arena and take turns in attacking the enemy or enemies in the arena with you. When it is your turn to move, you will have four types of battle commands at your disposal: Attack, Support, Action, and Items.

The Attack command lists the attacks that you can use on enemies. Support is a defensive option that allows you to buff your allies ar debuff enemies. The Action command lists actions like dash, guard, and escape. The last battle command is Items and gives you access to any consumable items that you have so you can recover health or relieve status ailments.

As you attack enemies, you will be given a foresight of sorts that will predict the outcome of your attack. During this foresight, you will see the timeline that displays when the other members in your party will attack. You can use the timeline to adjust when you want your attack to happen to make the most of the attack and possibly counter an enemy’s own attack. If the predicted outcome works for you, you can then go ahead and accept the attack. However, if the predicted outcome is less than favorable, you can cancel the attack and choose another attack or battle command and see if your party will fare better.

Obviously, if Auto-battle is turned on, you can get through battles quicker but I would recommend turning it off during tough battles with strong enemies or bosses so you can adjust your combat strategy when need be (like moving characters out of an enemy’s attack range, using an item on them, etc.).

The Caligula Effect 2 isn’t all about attacking enemies, proceed through the level and move on, there are parts in the game that will have you engaging with non-violent NPCs and run errands for them. By doing so you can increase your affinity with them and they can reward you with useful skills and items. Some will even join your party so they can help you in combat.

Much like with any other JRPG, The Caligula Effect 2 is quite a large game and has plenty to keep players engaged. The combat can feel a little repetive at times, especially if you are grinding up your party’s levels and stats so you can take on a difficult enemy. The passive solo and group quests are a welcome break from the endless combat segments but the interesting storyline helps drive the game forward.

If you are a fan of JRPG’s and always like to try something different then The Caligula Effect 2 may certainly be a game that interests you. I found the game to be more intriguing the longer I played, so much so that I might try and pick up prequel The Caligula Effect: Overdose on Switch as well.

The Caligula Effect 2: (The Gameplay)