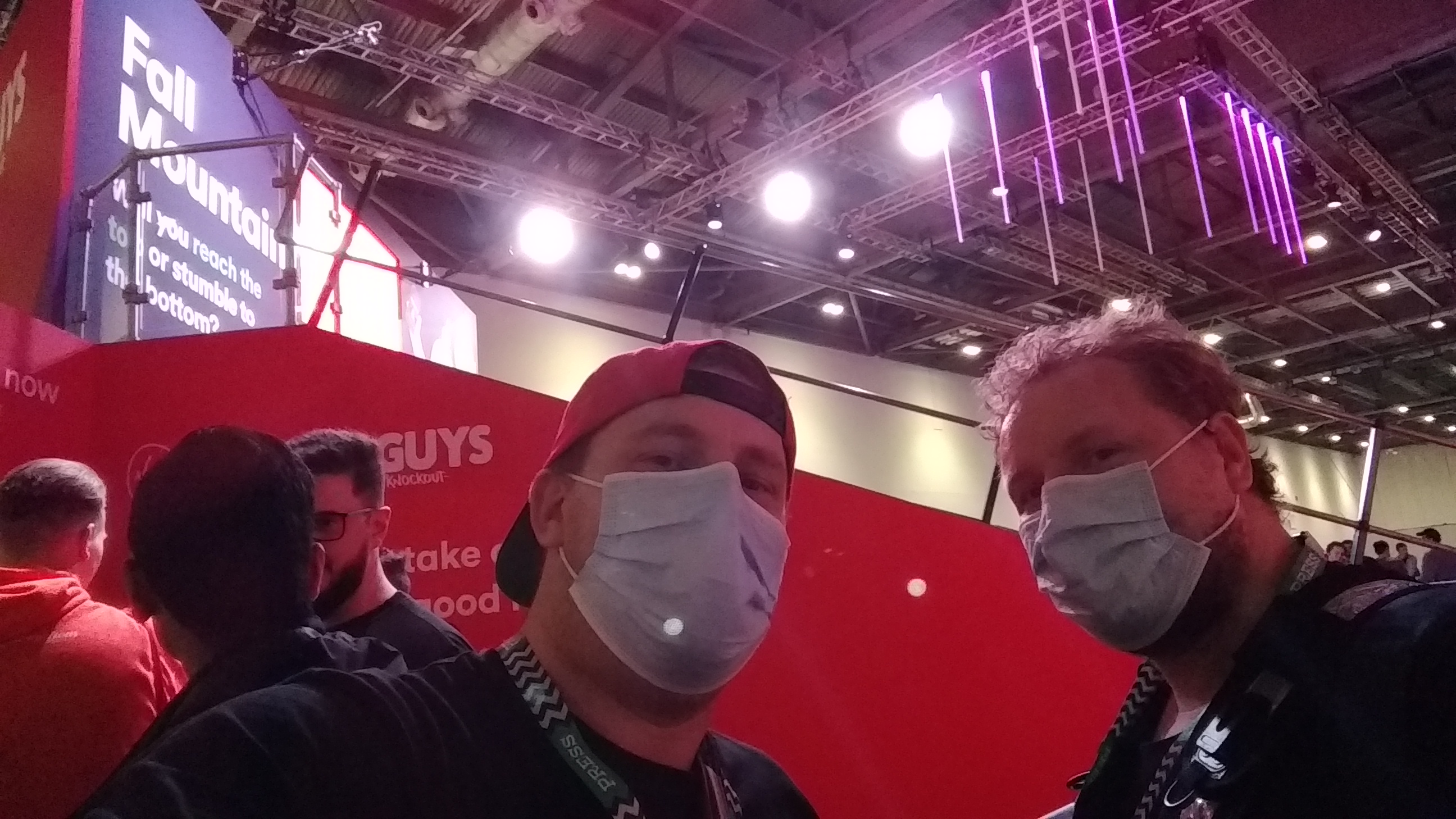 The largest Video Game event in the UK, EGX, has made a long but very welcoming return. It has been two years since the event was hosted, thanks to the worldwide pandemic forcing events to be canceled in order to keep people safe and avoid the spread of COVID-19 further. Alas, 2021 has seen life starting to return to some normality, albeit with some restrictions for the sake of health and safety.

I went to EGX back in 2019 and it was such a blast. The sheer scale and the energy of the venue was immense and there was so much to do. There was plenty of video games to play and stalls that had huge varieties of merchandise for sale. I was only there for the day but I really needed at least two days to see everything. The time passed by very quickly as I had appointments back to back with game developers and publishers and before I knew it, the venue was closing.

This time around for EGX 2021, I made sure my schedule was clear so I could experience the venue at my own pace. It paid off because I could actually get around the whole event and see all that EGX has to offer. Now, it must be said that EGX 2021, though hosted in the exact same venue as the last few years, it was somewhat smaller in scale with booths being further spaced apart and more areas designated as rest areas. What was slightly surprising was that none of the big AAA publishers were present. No Nintendo, Playstation, or Microsoft. On the plus side, the indie game booths were a lot busier and it was great to see the increased interest and traffic buzzing around them.

Though Nintendo UK didn’t have a dominant presence at the event, it did have a low-key kind of presence. Super Rare Games had a booth at EGX and Nintendo UK did loan them a couple of demo booths so SRG could demo their games on the consoles. Edward and Jessica from the Nintendo UK press team were also at the event and we had the opportunity to meet up with them and thank them in person for the support they have provided us over the years.

Back on the subject of Super Rare Games, their booth had a selection of Nintendo Switch Games that they have published up for sale including some cool-looking collector’s Editions for the likes of Dandara and The Gardens Between. I was tempted to pick up one of the CE’s but in the end, I decided to purchase ITTA which, also came with a very nice Steelbook. Seeing that I have gotten into the habit of collecting Nintendo Switch Steelbooks, the ITTA + Steelbook was a nice result!

I also got the chance to meet up with Ryan Brown AKA @Toadsanime of Super Rare Games. While my editor Jack has met up with him for a few time over the years, this was actually my first time to meet the living legend. He was such a friendly and interesting person to talk to. His passion for games is truly visible and you can see why he is quite literally a friend to everyone. There isn’t a bad bone in his body.

If I had to say what the main attraction for EGX 2021 was, I would have to say it was the Fall Guys Blunderdome and Fall Mountain. It was an area designated to the very popular Fall Guys and there was an activity that put teams of people against each other as they raced up a hill with a conveyor belt that moved downwards. Upon reaching the top of the mountain, participants could collect a crown and put it in their basket. Whichever team had the most crowns at the end, were deemed the winners.

Jack and I decided to take on the challenge and were joined by two other people to round up our team’s number to four. Jack decided that he wanted to go first and as soon as the whistle sounded, he was barrelling up the mountain like a bull chasing a Bullfighter. I followed after him when he was clear and reached the top. I must admit that I felt rather good of myself for doing so but we still had to go up again a few more times each if we wanted to get on the leaderboard. We managed to claim a respectable 14 crowns between the four of us and bearing in mind that Jack and I are not the most athletic, we still did far better than most. even if we didn’t quite make the leaderboard.

One of the best things we like about events like these is meeting people, especially those that we have interacted with on social media. Over the years, we have engaged with many members of the gaming community and it is always a amazing feeling to meet people that we have built relationships with online.

One such person is Pete Beckett from Rapid Reviews UK. I have only ever spoken with him a few times over the years but we are rather well known to each other. After all, a number of our writers have also written for Rapid Reviews and vice versa. What made meeting Pete quite funny was I was totally oblivious to him when I first saw him, even though we had actually planned to meet up that day.

As we were queuing up to enter the event for the first time, somebody actually said hello to me and I replied hello back but carried on walking. I had never actually seen Pete before so I didn’t know who he was. I just thought it was someone who was hoping to slip into the event with us or pickpocket us. How terrible of me to think that. I am ashamed of myself, though, in my very weak defense it was early and I hadn’t had any coffee yet so my brain wasn’t firing on all cylinders. When we did finally meet up properly, I immediately clicked that I saw him in the queue before and apologize for being a little suspicious beforehand.

Another awesome person I met was Jason from The Cross Players. They have a Podcast and website, and cover games across multiple platforms. They have been there over the last few days and I met Jason by chance as he was playing Super Monkey Ball in the Console Arena. We shot the breeze for a little while and he told me that he enjoys reading the articles on our website. It gave me such a sense of gratitude and it is always so humbling when someone takes the time to read something that you or one of your writers has written.

I do have more to talk about on my experience of EGX 2021 but I will discuss them in Part Two. I hope you will join us for the second part where I will talk about the some of games I played, the abundant merchandise stands, and getting my hands on some really cool KeyWe goodies.