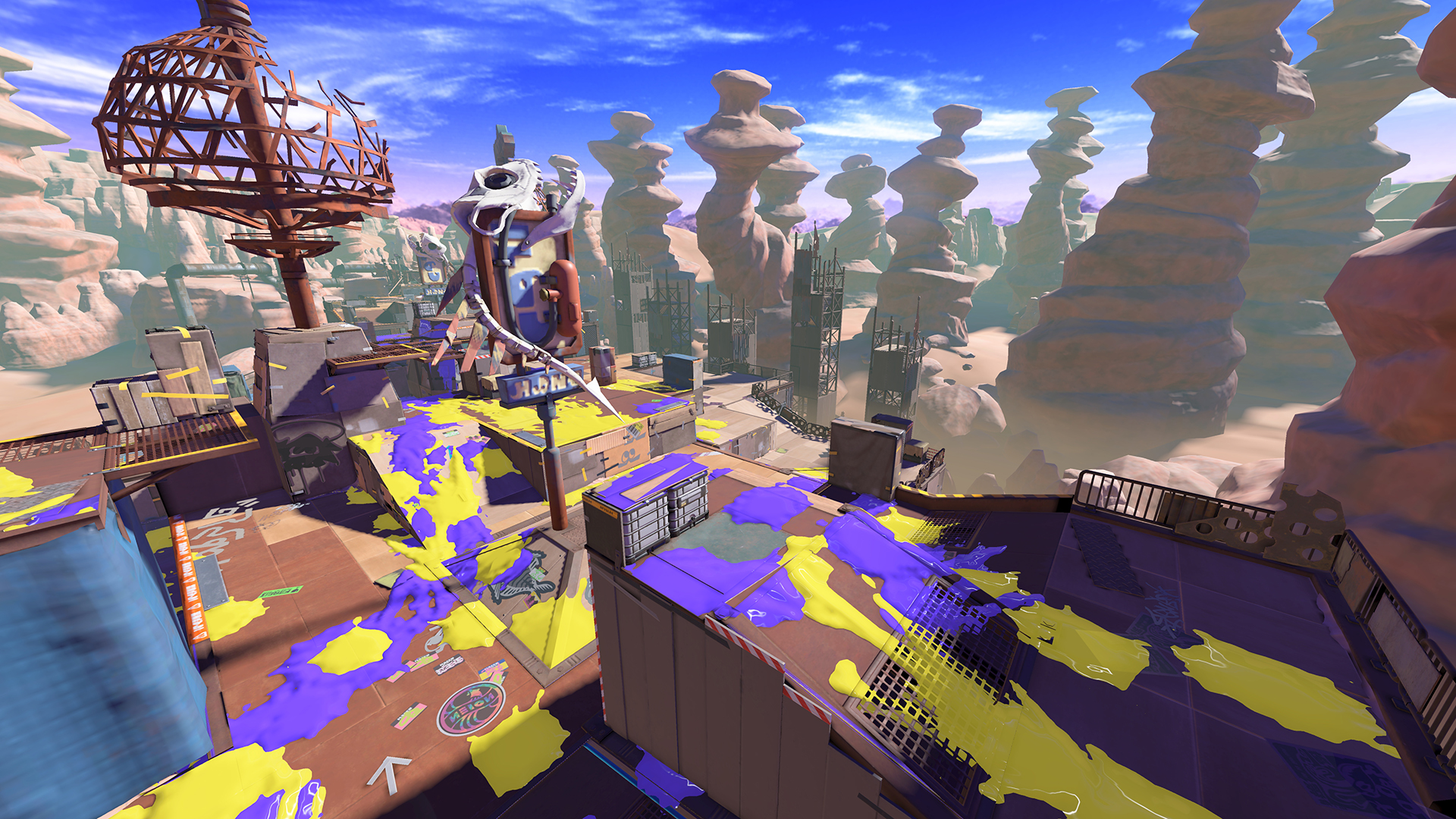 Just in time for the weekend, Nintendo has provided details on another stage confirmed for Splatoon 3 and it’s none other than Splat Gorge and this is what the Big N has to say about it:

The hot new Scorch Gorge stage is coming to Splatoon 3! We hear the odd rocks that rise up like chimneys were once undersea hydrothermal vents that now appear on land due to changes in the planet’s surface. This area is also designated as a national park and is quite popular.

Enter the Splatlands, a sun-scorched desert inhabited by battle-hardened Inklings and Octolings. Splatsville, the city of chaos, is the adrenaline-fueled heart of this dusty wasteland.

Even in this desolate environment, Turf War* reigns supreme and battles rage in new stages located in the surrounding wilds. Dynamic new moves help these fighters dodge attacks and cover more ground, along with a new bow-shaped weapon to sling ink.

Join Agent 3 in a fight against the evil Octarian army in story mode. Discover the secrets of Alterna, the Fuzzy Ooze, and how they connect to the mode’s theme, “Return of the Mammalians.”

Stay tuned for more information to be revealed, as the Splatoon 3 game is scheduled to release for the Nintendo Switch™ system in 2022.