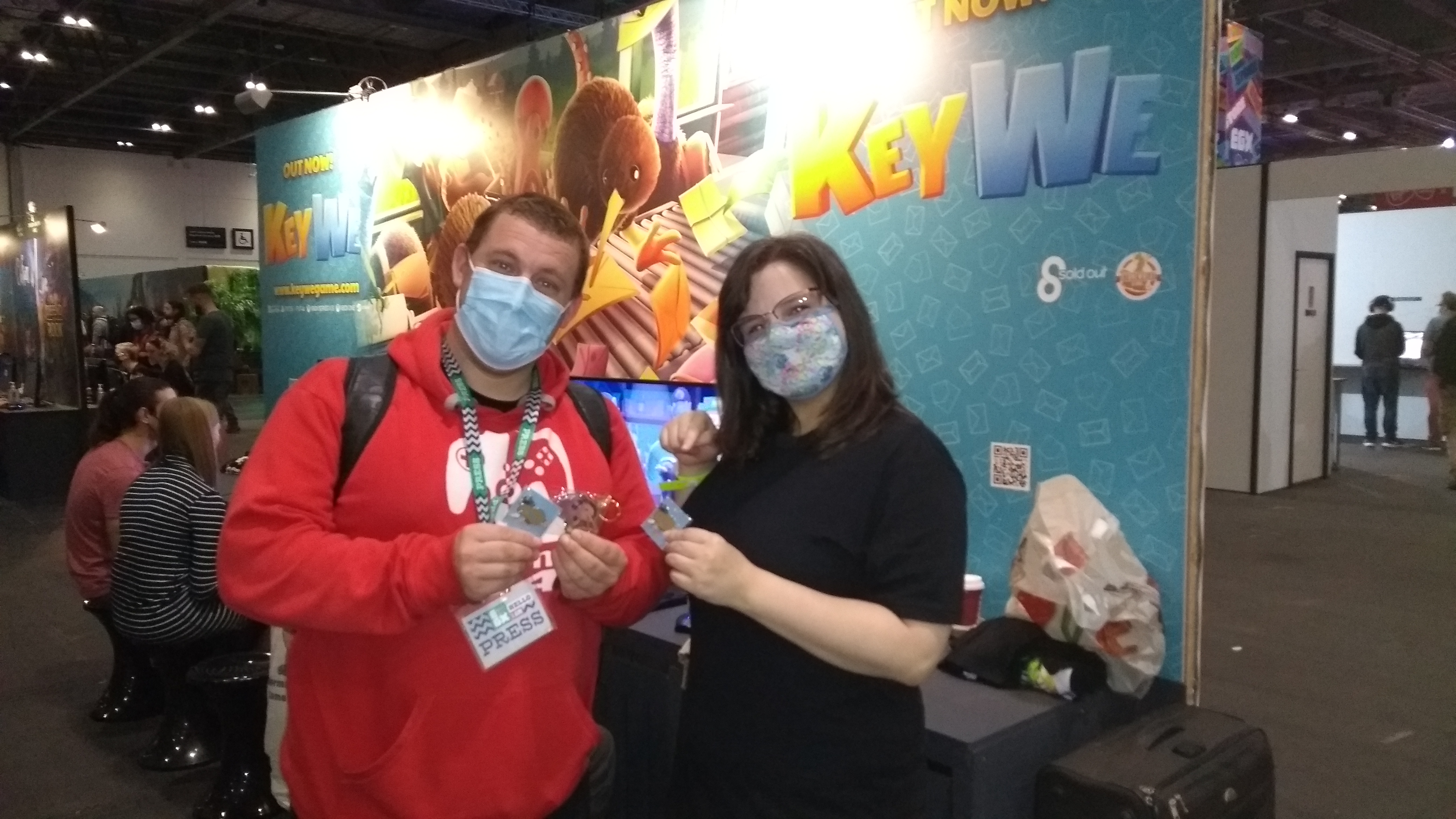 Welcome to our second part of our EGX 2021 – The  Grand Return Of Video Game Events | Part One feature. If you would like to read Part One first before reading this one, you can find it here. If you are good to go, I shall get on with it.

As mentioned in Part One, EGX 2021 was not as “big” as it has been over previous years. It had been downscaled in a way that while it still took place in the same space and surface area, the booths were more spaced apart and the visitor capacity was notably reduced. However, there were still plenty of people in attendance so the event never felt empty.

Even though the indie booths were pretty busy with people queuing up to play games, the Retro and Console Corners were also buzzing. The Video Game Library in particular had quite a good number of people playing retro games. The concept of the Video Game Library was an interesting one. People could take a look and take out any of the games that were on the shelves by the reception desk. They could then play them on any of the compatible and available consoles that took up the area of the library. When people were done, they could take the game back and play another one. What a cool idea!

In other parts of the event, close to the library, there were some consoles with games that were already inside them. One that took my eye immediately was Puzzle Bobble 2 on the PSX. I remember it being one of my mum’s favourite games so I had to give it a go, for the nostalgia if nothing else. My sister Ashleigh played with me and it was a close match but I ungraciously triumphed in the last round. Being the big brother, I should have let her win but she played more than well enough on her own that she deserved a proper win rather than a given win. Like I said though, it was really close and in the beginning, she even had the lead!

Another game that got my attention was the GameCube game Donkey Konga. It caught my eye because it had the Donkey Kong Bongo Drums controllers and I had never played with them before. Ashleigh played with me again but it was a much tougher game to play than I released. Though the premise was simple enough, tap the drums in time to the beat shown on screen. My rhythm was all out of whack and didn’t realize that you had to clap your hands sometimes as well. It was quite an experience but if I were to play it again, I would definitely need to improve my rhythm game skills.

One of my biggest highlights with video game events (and any events really) are the merchandise stands. There is so many incredible goodies that are far too tempting to resist. From T-shirts to Backpacks, Key Rings to Action Figures, I could not fight the urge to buy something or rather a few somethings. It is not uncommon for me to splurge out at video game events and EGX 2021 did have plenty of stands at hand that were more than happy to help me part ways from my cash in exchange for some cool VG merch.

One thing that did not go unnoticed was the lack of stands actually selling video games. In the past, there was always a good few stands that had video games both old and recently released but they were essentially non existent. Only Super Rare Games and a couple of other stands had games available to purchase but retro game collectors would have been out of luck this year.

Still, if Funko Pops are your thing, there were literally hundreds of the things available. You would have been hard pressed to not find a Funko you were looking unless it was an older model released a few years ago. There were plenty of Pokémon Funko Pops that I was actually surprised of how many there are. I bought one of the Mr. Mime Funko Pops for a friend of mine who is a big fan. It was surprisingly cheap in relation to the other Funkos (£18). The biggest trouble I would have with it is getting it back to Spain without damaging the box as I squeeze it into my suitcase.

As I wandered around the EGX Rezzed section of EGX (where all the lovely indie games could be played), I came across the KeyWe booth. Published by Sold Out, KeyWe is a co-op puzzle game that follows two kiwi birds who work at a post office. We covered the game on our website a few months ago and Jonathan Ober, who covered the game for us was a big fan.

I had to stop by and talk to one of the publishers so I could let them know in person how much Jonathan enjoyed the game. Yeah, we have already told them in an email but it is always nice to hear it in person as well, it feels more sincere and personal. They thanked us for our feedback and even gave us some cool KeyWe keyrings and pin badges as well as an extra set so we could send them to Jonathan.

Summary Of The Event

On the whole, I had a really good time at EGX 2021. So Nintendo UK didn’t have a major presence at the event (neither did Playstation or Xbox for that matter). It did, however, give Indie developers a chance to shine through and it was a real joy to see them so busy. The Fall Guys Fall Mountain was an exhausting but a rewarding experience and if it makes a return next year, I’ll be sure to get myself into better shape in preparation for it next time.

The key highlight from my experience is definitely meeting with people for the first time. People who I have spoken with through social media and emails but never met. It is always a joy for me to put faces to names and have a physical conversation with someone that wasn’t limited to only 140 characters.

Though many other folks may feel that EGX 2021 was not on par with previous EGX events, after two years of not having physical events, it was a breath of fresh air and a very welcome return.