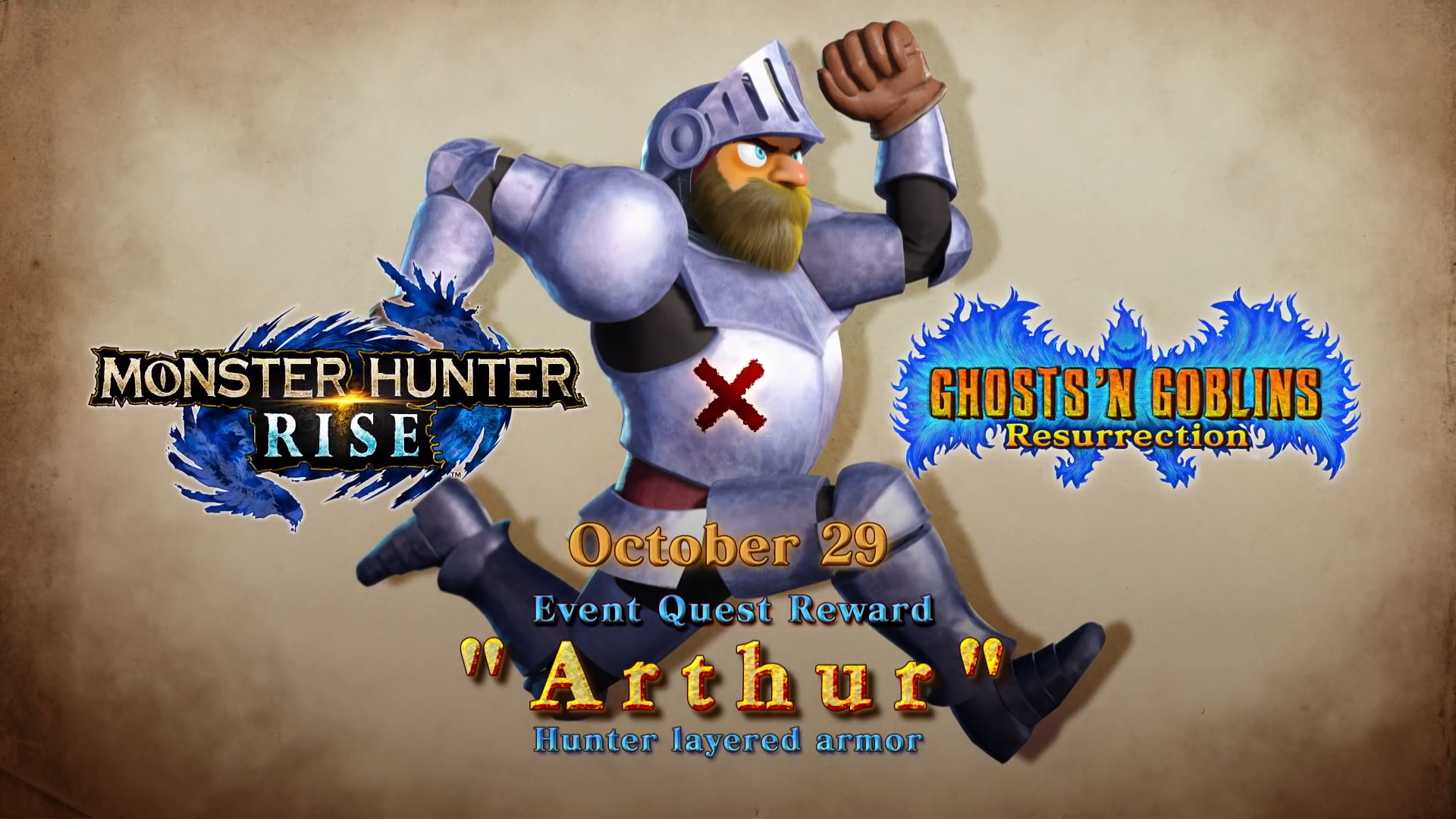 We have literally just had a Capcom Collab Event Quest for Monster Hunter Rise (Rush Palamute Layered Armor) and another has been announced already but it won’t be available for a while yet. On October 29th, A new event quest in the form of a Monster Hunter Rise X Ghosts ‘N Goblins collab will give players the chance to forge Arthur Layered Armor for their hunter.

However, this isn’t the only collab that is on the way. A Monster Hunter Rise X Sonic The Hedgehog collab event has been announced to celebrate Sonic’s 30th anniversary this November. No real details have been shared on this event except for an image shared posted on the @MonsterHunter Twitter account.