[Guide] The Nintendo Classics of WarioWare: Get it Together!

Sep 17, 2021 intelligent systems, Nintendo Classics, WarioWare: Get It Together! 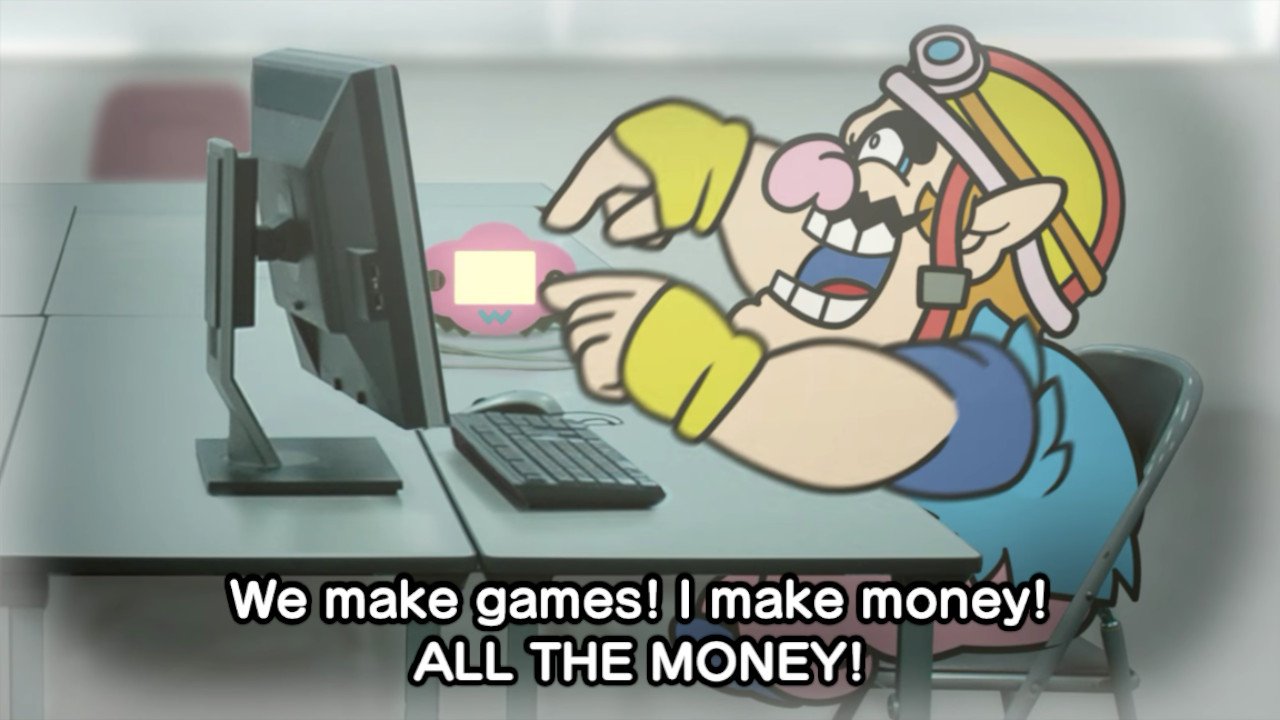 As a character that was once intended to be the villain in Donkey Kong Country, embarked on his own platforming adventures and hired an actor by the name of Jimmy Papadopoulos, to become his tennis partner, Wario has lived a very interesting life. Through and through he is a Nintendo character and one of my favourite things about the WarioWare games, are the microgames based on classic Nintendo games.

WarioWare and Nintendo Classics go hand in hand and with a brand new instalment in the series available now, as are all the details on the new Nintendo Classics that made the cut this time around and in this little guide, we’re going to be providing details on each one:

*All released years provided below are based on those provided in the European version of WarioWare: Get it Together!

Objective: Collect every coin, but DO NOT touch a Fuzzy! Trust me on this one.

Objective: Bonk the ? Block to score a coin or item. Old-school games are the coolest!

Objective: Did you know Samus can turn into a Morph Ball and roll around and stuff? Isn’t she THE COOLEST!? Help her get to her exit.

Objective: Pop the balloon at just the right moment to deliver the present to a villager! It doesn’t matter which villager gets the gift—it’s just nice to be nice, you know?

Objective: Ack! Don’t let the claw catch you like you’re some kind of collectible badge! You can run away from it or try attacking it to make it go away. Shoo, claw, SHOO!

Objective: Attack the Pellet Posies to collect the pellets! You can’t harvest pellets from flowers that haven’t bloomed, so don’t waste precious time trying to do something silly like that.

Objective: Pick two pieces that’ll match the shape of the silhouette when you combine them. This one’s like homework, only it’s fun as it’s a video game!

Objective: Do whatever you gotta do to defeat Bowser! Dude’s got it coming. Now for a hint from the world’s biggest Nintendo fan: grabbing the axe behind him will totally will do the trick!

Objective: This school seems different from my school… I mean REALLY DIFFERENT. For starters, this school has tea parties. Not only that but you gotta say the exact right thing at these tea parties. Say something weird and things get super awkward. Good luck.

Objective: Time to climb! Race to the top of the mountain, breaking blocks along the way when you need to. But watch out for the falling icicles!

Objective: OK, this is serious stuff! You gotta defeat all the enemies on screen! Hey… is that Donkey Kong’s voice I hear?

Objective: Yay! It’s time to play some old WarioWare games! Hold on… some of these things are shaped like games but aren’t games at all. Ugh. Don’t let anything in that’s not a game. It’ll ruin the system!

Objective: Time for some OLD old-school fun! In this board game, you’ve got to stop the spinner on the number that lets you move your piece the right number of spaces to reach the goal. Didja know that Nintendo used to make board games too? So cool!

Objective: Hmm…can you tell which team inked more turf? Pick a side and head that way! The honourable Judd and Li’l Judd will deliver the final verdict.

Objective: Oooh, there’s sooo much retro goodness in this game! You’ve gotta navigate a maze and try to stay alive while the screen scrolls. Keep moving so you don’t get squished!

Game: The Legend of Zelda: Breath of the Wild

Objective: Wow! Link is sooo cool! He stopped that object in its tracks using the Stasis Rune! Strike it to build up kinetic energy and send it flying.

Objective: Jeepers! Ghosts are hiding in the furniture! Talk about c-c-creeepy. Find the ghosts so Luigi can get rid of ’em!

Objective: Oh no, Captain Toad is stuck and can’t get to the Power Star! Move things around to create a path for him.

Objective: Did you know that Nintendo made an electronic drum machine back in the olden days. Just turn the Ele-Conga’s handle to get the beat going and people dancing.

Objective: Time for a pop quiz! And it’s math too! Just pick the side that has the higest number. HA! The student has become the teacher!

Objective: You play this game by twisting the Game Boy Advance system around. Check out the screen to see what you need to do, and then get twistin’!

Objective: Time to collect some eggs! Be sure to pick up the right amount, and don’t forget to check the blocks too.

Objective: Time for an epic adventure through a classic Super Mario World level! Try not to get hit by enemies as you race to the Goal Pole. Have fun, but don’t forget there’s a time limit.

As always, we hope you found this guide helpful and if there’s any new Nintendo Classic that’s taken your fancy, we’d love to know which one!