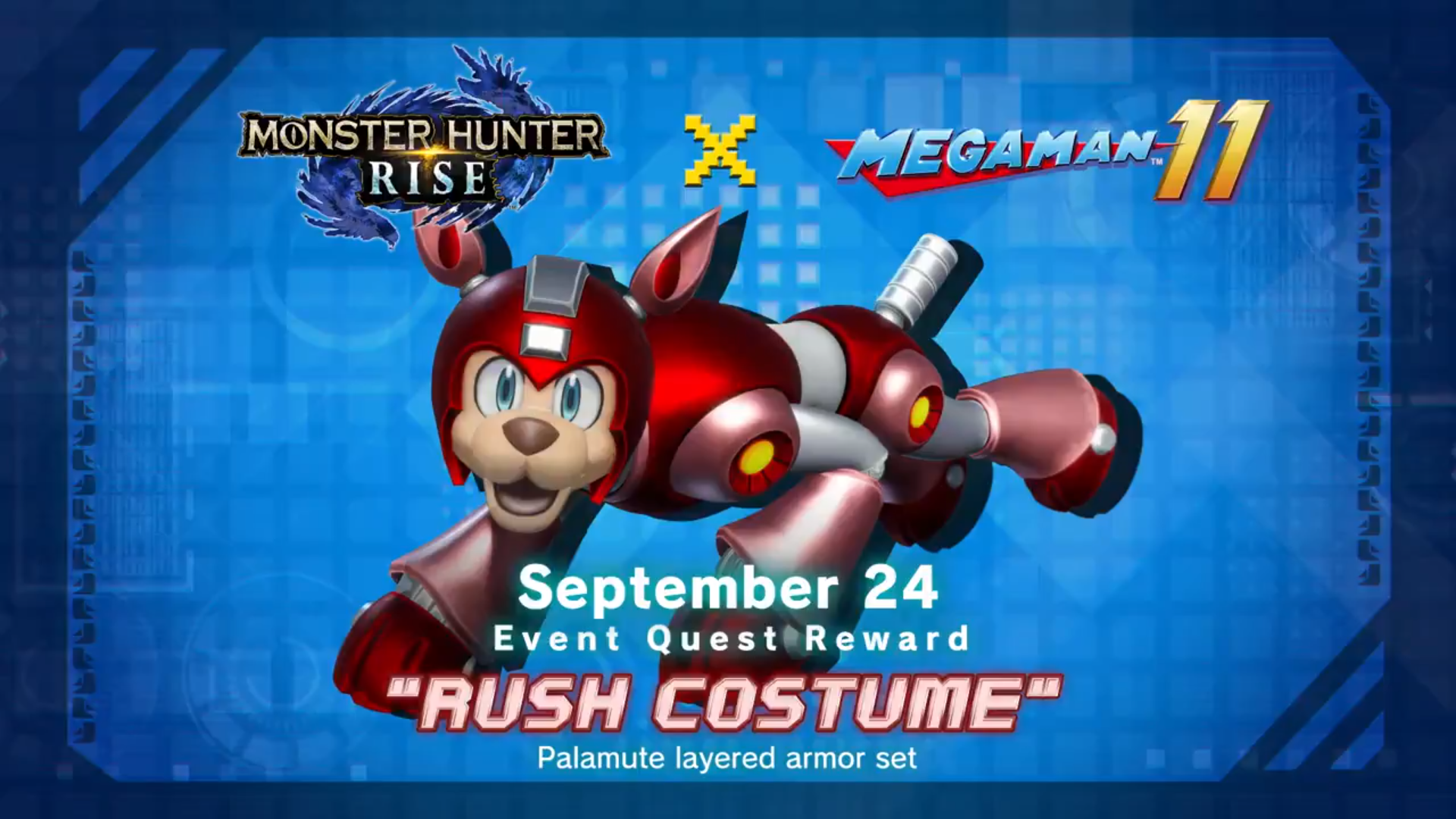 The official Monster Hunter Twitter account has announced the next Capcom Collab event for Monster Hunter Rise and it is Mega Man 11 themed. However, it isn’t the Blue Bomber that will be coming to Monster Hunter Rise. Oh no. It is his canine companion Rush. On September 24th, players will be able to take part in a new event quest and obtain a “Rush Costume” Layered Armor set for the Palamute so you can have your very own Robo dog to accompany you on hunts.

In the announcement tweet, a short announcement video was also shown. You can check it out in the embedded tweet below.

Have you been taking part in the other Capcom Collab events in Monster Hunter Rise? What has been your favorite so far? Do let us know in the comments.