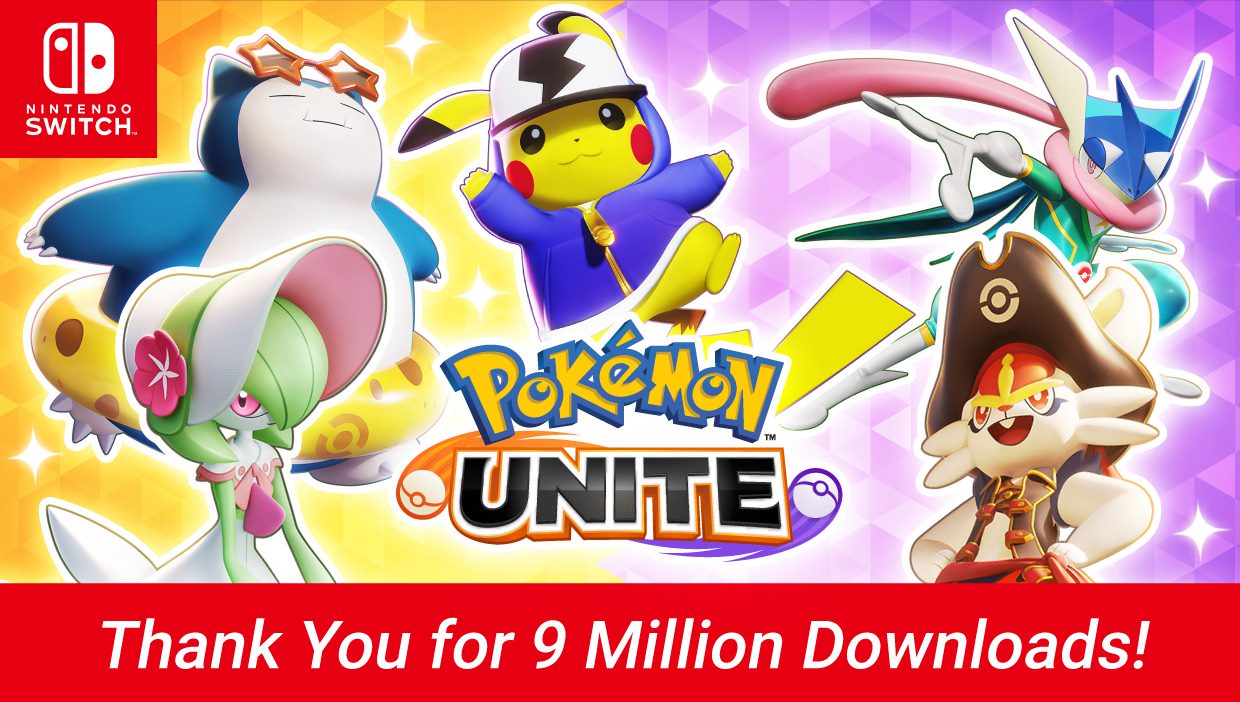 With the mobile release of Pokémon UNITE just around the corner, (September 22, 2021), the Nintendo Switch version isn’t doing too bad for itself either. It has been revealed the console release has now surpassed 9 million downloads worldwide and as such a celebratory gift is on the way in the form of 2,000 Aeos Tickets, which will be distributed from September 29, 2021.

What a goal! The Nintendo Switch version of #PokemonUNITE has just exceeded 9 million downloads! To show our excitement and gratitude, every Trainer will receive 2,000 Aeos Tickets starting 9/29.

Thanks for playing Pokémon UNITE, and look forward to the mobile launch on 9/22! pic.twitter.com/m9xyYXhL0k