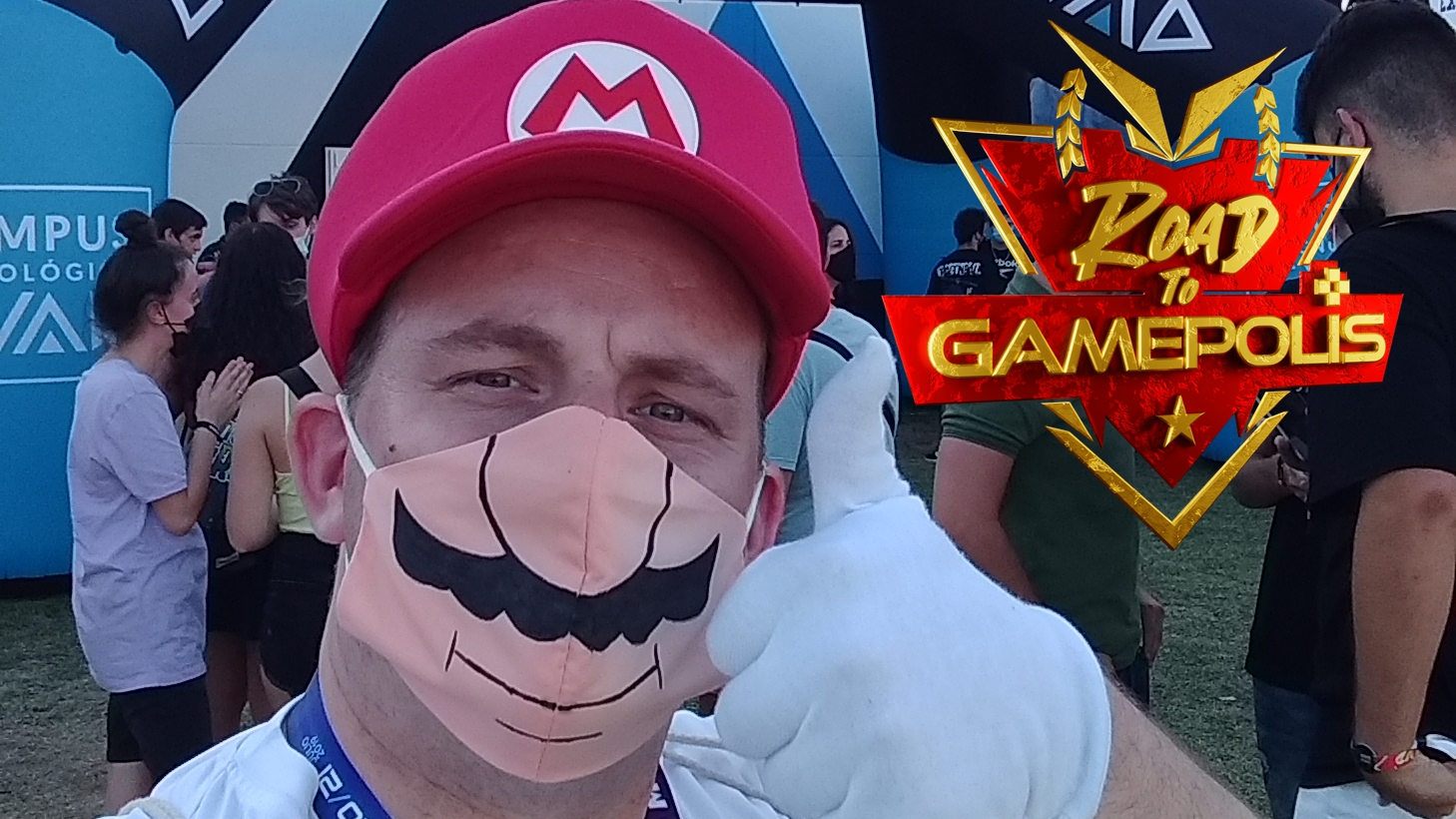 After many months of video game events being cancelled and postponed due to COVID-19, it was a breath of fresh air to finally be able to attend one. Over this weekend, I attended a local gaming festival called ‘Road to Gamepolis’. It is an offshoot event of a larger gaming festival called Gamepolis that takes place in Malaga, Spain and is visited by tens of thousands of people every year.

With the pandemic still making things difficult for physical gaming events to be enjoyed safely, the main event was cancelled and the Road to Gamepolis festival was formed so that health and safety protocols can be more closely managed without compromising too much of what makes them fun and enjoyable.

Firstly, Road to Gamepolis 2021 is a small-scale event with a much smaller visitor capacity then the main festival. It also takes place in an open area on the campus of the Technológico EVAD facility that provides courses on how to develop videogames, unlike the main festival that takes place in the larger Palacio de Ferías building in Malaga. The general size of the event could be likened to that of a school fete with a few stands, stalls and gazebos offering their wares and entertainment.

As I was accredited as press for the festival, it was only right that I attended. After all, I have attended Gamepolis for a number of years and it is less than an hour’s drive from where I live. It is also the first opportunity that I have had in a long time to attend a physical gaming event or festival since 2019. I owed it to myself to go and I am glad I did. I even got a little dressed up for the occassion.

When I turned up to the event, it was only just getting started but from outside I could see the vast queue of people waiting to get in. A few hundred happy gamers that were excited to be at the festival were lined up outside the entrance. I made my way round to the EXPO entrance so I could confirm my accreditation and entry. I was given a special wristband that seemed to work like an NFC tag. One of the organizers placed a smart device next to the band and it registered my attendance to an app. It would then be scanned again if I left or returned another day.

From there, I went to the information booth to collect my press pass and then began to wander around the campus grounds. I could see a number of different stands and gazebos, each offering something slightly different to the other. I couldn’t help but feel that they were quite limited though. For example, there was only a single stand that sold merchandise like t-shirts, bags, hoodies, and mugs at the whole event. There was also a stand that sold different kinds of candy and a small area set aside as an eatery that offered refreshments and food.

Under the gazebos, they were a number of TVs, consoles, PC towers & Monitors. One gazebo had several Nintendo Switch consoles set up so visitors could play games like Super Smash Bros. Ultimate and Mario Kart 8 Deluxe. I even spied an arcade machine sporting a The Legend of Zelda: Breath of the Wild design which was pretty cool but was unrelated to the game that was on the arcade machine itself (Street Fighter II).

I didn’t play any of the games there because I already owned a lot of them at home already and thought it best to let others play who may not have played them yet on their own consoles. I did take a moment to play a game called HUE which, an indie game that released on Nintendo Switch and other platforms back in 2019. It is a rather interesting game where you must use different color hues to change the background colours to make doors and hidden platforms appear. The game never blipped on my radar before but I am certainly interested in picking it up on the eShop now.

As well as the demo booths and a few other stands, there was a pretty hefty schedule for talks and eSports competitions inside the Technológico EVAD building. All of the talks were geared up about Video Game Development and were held at multiple times a day so even if you missed one talk, you could catch it again in a couple of hours. Some of the talks even involved Nintendo’s Game Builder Garage or “Estudio de Videojuegos” as it is titled in Spanish. EVAD has a large number of courses to teach people, especially young people from the ages to 10-17 about developing video games. It is very informative and they have seen great success in teaching others that a good number of their pupils have gone on to seek careers in Spain’s growing video game industry.

Music concerts were also held at Road to Gamepolis with a variety of musicians and DJ’s from Malaga performing sets on Stage. I couldn’t stay long at the event to listen to all of the different acts but it must have been a lot of fun for the people who could stay on and listen and have a great time. I also bet the eSports tournaments were rather engaging to watch as well.

Gaming events and festivals are a lot of fun when you are among friends and you can enjoy them together. This was my first video game event that I have gone to on my own and it did feel rather lonely for me, I must admit because I didn’t have anyone to experience it with. In a way, it also helped to see that that while it was great to be at a gaming festival again, I have been spoiled by the larger scale events that the smaller events feel somewhat lacking in comparison.

This is not a dig at the event organizers though as they had to jump through a lot of hoops just to make Road to Gamepolis happen. The event had already been suspended once in July and is nothing short of a miracle that it was even held at all, what with COVID-19 still putting on the pressure.

Though Road to Gamepolis may have been a small-scale event that is overshadowed by its big brother, its heart was in the right place and the entry fare was more than reasonable. Entry to the festival only cost like 2€ (plus administration fees) and the profits all went to a local association that help sick children in maternity wards by visiting them dressed as superheroes and bring a little happiness to their lives. The organization is Asociación Superhéroes Un niño Una sonrisa (Superheroes Association, One Child, One Smile) and if you would like to find out more about them or donate to their cause, you can visit their official website.

In a way, I like to think of my time at Road to Gamepolis 2021 as a small but essential stepping stone on the way of gaming events and festivals returning to how they were. With EGX 2021 just around the corner and Gamepolis set to return next year, I am looking forward to going to them all the more and will be even more appreciative of being able to attend them.

Thank you for reading and until next time, Keep On Gaming!