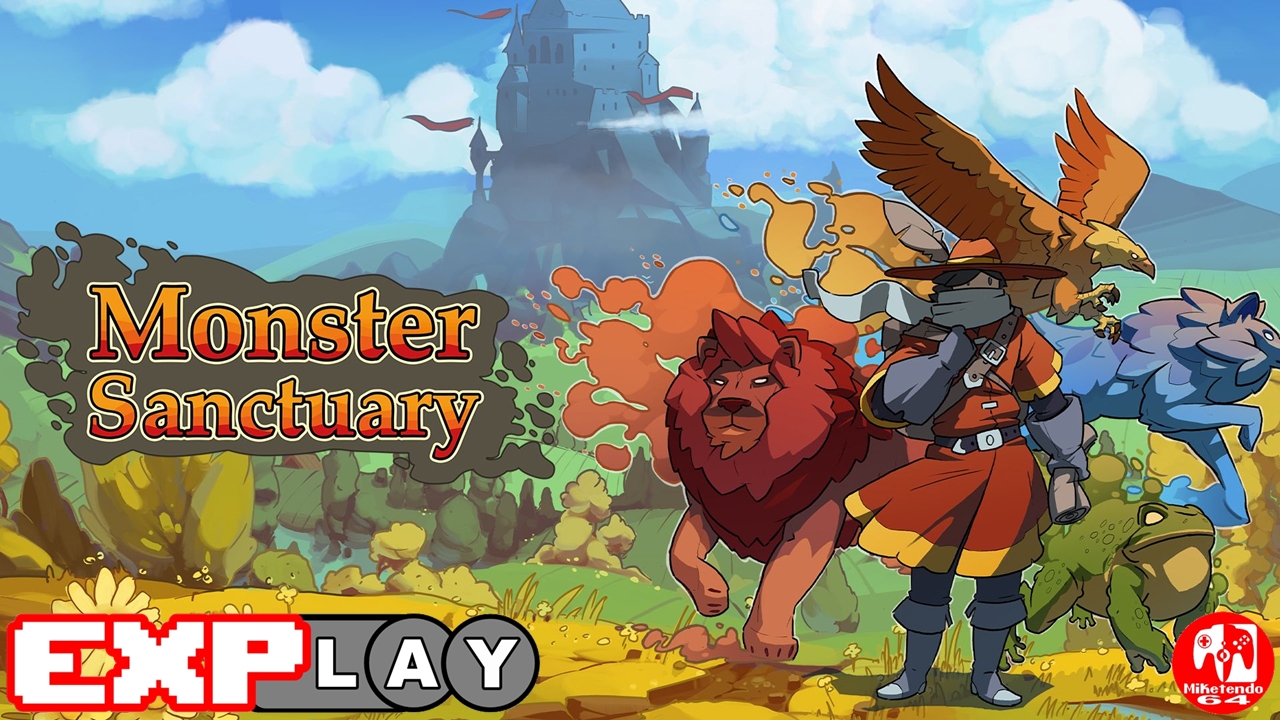 Welcome to EXPlay, (Explain & Play) the review series where we care not for scores but tell it how it is when it comes to every game we get our hands on, whilst also taking the time to include some lengthy gameplay, to give you the reader, the chance to shape your own impressions and views whilst watching and reading. In this installment, we’re covering Monster Sanctuary by developer Moi Rai Games.

I am working through my review backlog for our Miketendo64 EXPlay and today I am happy to give you some insight into Monster Sanctuary for Nintendo Switch which was released on December 8, 2020. The game is a mix of 2D platforming-based world with Pokemon-like turn-based fighting with up to three monsters on your team. During the opening of the game, you learn that monsters have once again invaded the world and it is your job as Monster Keeper to defend the town. You start by choosing from one of four monster types a spectral beast to aid you on your journey.

Along with your quests, you will be tasked with finding certain townsfolk, find items within the world, and train your monsters to strengthen their attacks to take on boss fights. Each fight plays out where either you or your opponent will cast spells, perform attacks, or choose to heal your team members, similar to fights in the Pokemon franchise. Each monster has elemental attributes that they can perform and also stats against which they are most vulnerable or have a better chance of defense towards.

The rock, paper, scissors (lizard, Spock) rules apply whereas certain moves are stronger against others. There is also a combo meter that helps multiply the damage done within each turn requiring some strategy in who to use as the multiplier stacks and adds to your overall damage dealt within the turn. Each move you make takes mana which replenishes at the start of your next turn, though you do need to be mindful of using too much mana within the longer fights.

As you traverse the overworld you may come across areas where you will need to use your monster companion to activate such as water and fire orbs, digging through tunnels to unlock secret areas, and more. This approach to world navigation made some of the 2D sections feel Metroidvania-like as uncovering them wasn’t always available in the early game as my limited monster roster did not allow me to reach certain areas. Making your way to certain areas may unlock quick travel points as well, which come in handy if you need to backtrack to unlock other secrets.

The game is told in a pixel art style that is colorful and vibrant, as well as detailed with subtle animations and parallax design to give the depth of the level. Dialogue within the game is told through small boxes and pixel text and tells a decent enough story that captivating me during my gameplay. During battles, your monsters have HP and mana meters easily recognizable during fights to see which characters need to be healed, have debuffs or buffs, or are incapacitated as they disappear during the fight.

There is a ton to do within Monster Sanctuary and a lot of customization. For one, each monster can be named which helps to give a connection to each beast you play on your team. Leveling each monster up is done through the allocation of skill points to unlock stronger moves, magic abilities, attacks, and more. There are over 100 monsters to find and collect within the game and varying paths you will take. Just like Pokemon games each of your playthroughs will be different in which starter you use and monsters you unlock during your journey. Monster Sanctuary should be played by RPG fans and is accessible enough for newcomers to the genre.