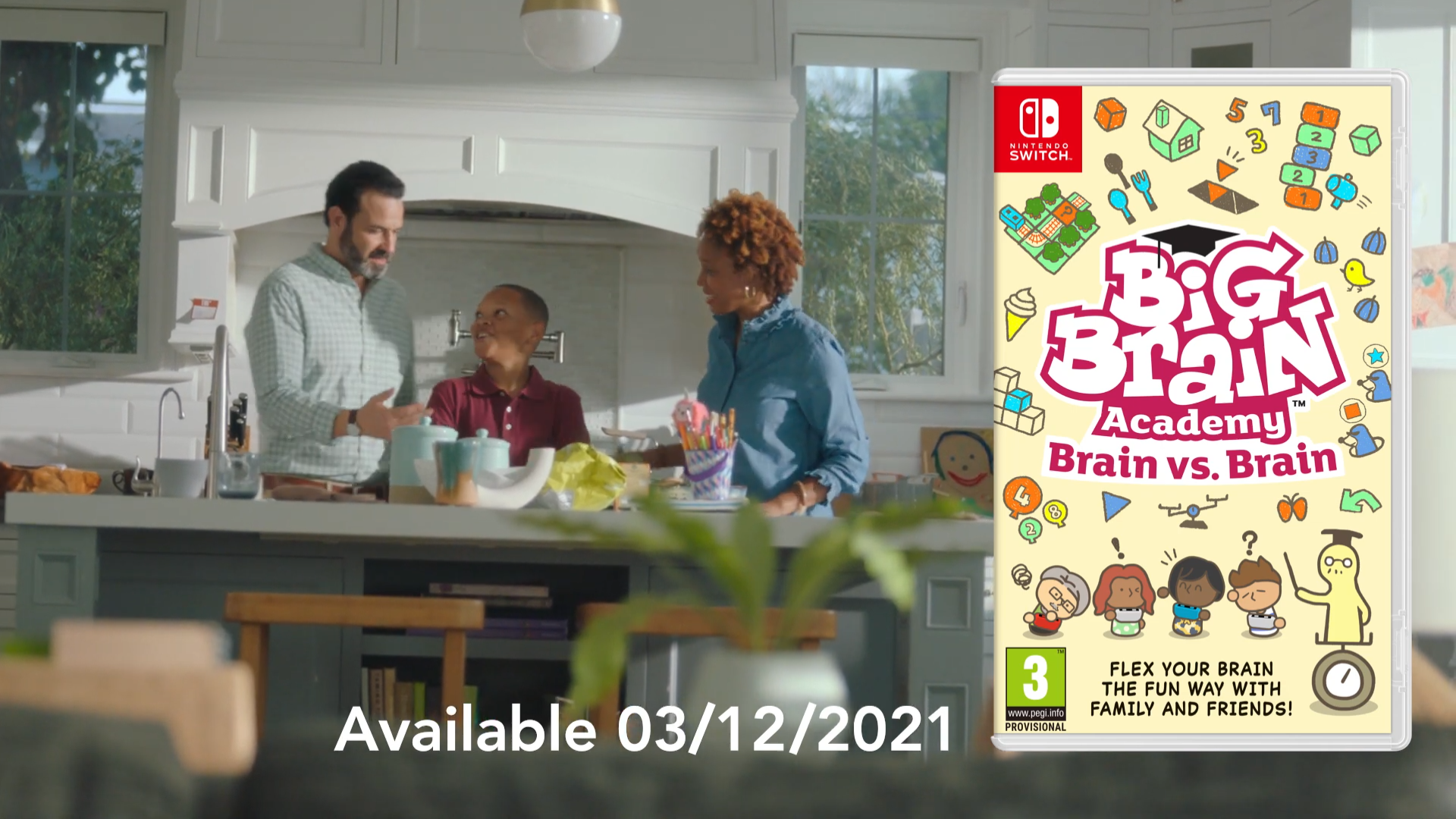 Get ready to put the old grey matter to the test this December as Nintendo has officially announced Dr. Lobe’s return in Big Brain Academy: Brain Vs Brain. Test and train your brain with a range of puzzles from five different categories: Identify, Memorize, Analyze, Compute, and Visualize. You can play alone or with up to three friends locally or compete against other users’ scores online.

Big Brain Academy: Brain Vs Brain will release on December 3rd, 2021, on Nintendo Switch. If you would like to know more about the game, we have the official announcement from Nintendo and a trailer for the game below.

PUT YOUR WITS TO WORK IN BIG BRAIN ACADEMY: BRAIN vs. BRAIN, LAUNCHING FOR NINTENDO SWITCH ON 3rd DECEMBER

Play against others in fun, brain-bending activities designed to give people of all ages and skill levels an equal chance at victory

2nd September, 2021 – This holiday season, get ready to have a brainy blast playing Big Brain Academy: Brain vs. Brain for Nintendo Switch, a fun new multiplayer* party game that anyone can play!

Have your wits about you and go brain-to-brain with others in a series of fun, family-friendly activities that are sure to test your brainpower as well as your reflexes. With Dr. Lobe (your distinguished host and guide in the game) always on hand with tips aplenty, and the ability for each player to set their own difficulty level, people of all ages and skill levels can play against each other in challenges that will test their memory, analysis, identification skills and more.

To see the game in action, check out the Big Brain Academy: Brain vs. Brain – Coming December 3rd! (Nintendo Switch).

In addition to fun multiplayer modes, Big Brain Academy: Brain vs. Brain also includes single-player options in Solo mode, perfect for daily exercises to help finesse and improve your Big Brain Brawn score. These activities are an enjoyable way to start the day or wind down at night. And with the portable power of Nintendo Switch, you can challenge yourself anytime and anywhere!

The core gameplay in Big Brain Academy: Brain vs. Brain consists of a number of different brain-teasing activities. They are made up of five categories – Identify, Memorize, Analyze, Compute and Visualize. There is a wide assortment of fun activities that will challenge your brain in different ways. These activities can be played solo, with up to three other players locally* or even against brains from all over the world using other players’ data downloaded from the internet.**

Below is an overview about the different game modes:

Big Brain Academy: Brain vs. Brain launches on 3rd December on Nintendo Switch. A fun new multiplayer party game that anyone can play, Big Brain Academy: Brain vs. Brain consists of different activities in five categories – Identify, Memorize, Analyze, Compute and Visualize. These activities can be played solo, with up to three other players locally or even against brains from all over the world.