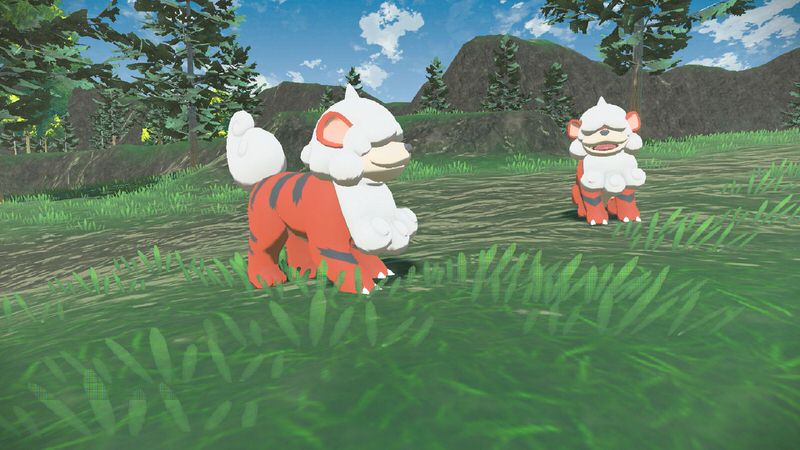 Before there was Sinnoh, there was Hisui and with the upcoming Pokémon Legends: Arceus, players will get the chance to go back in time and embark on a Pokémon adventure unlike any ever encountered and so it is time to bring back “Who’s That Pokémon?” and introduce some of the new Pokémon players can expect to encounter. In this instalment, we’re learning about Hisuian Growlithe:

This is Growlithe as it appears in the Hisui region. Its Hisuian form has longer, more voluminous fur than the previously discovered form of Growlithe. This soft, heat-retaining fur helps the Pokémon thrive even in the frigid Hisui region. The sharp horn on its head is made of rock, but it breaks easily, so Hisuian Growlithe uses it only when it’ll have the greatest effect.

Hisuian Growlithe are highly vigilant and tend to be seen watching over their territory in pairs. Apparently, they have lived apart from humans for a long time and are unused to being around people. Building trust with a Hisuian Growlithe takes time.