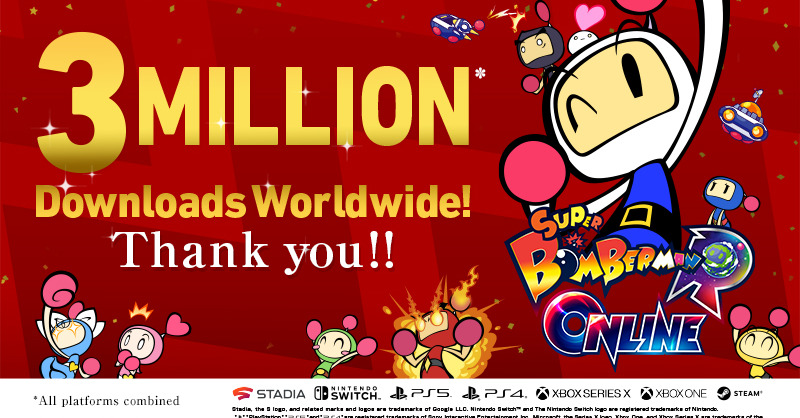 Devs blown away by the warm reception.

Whereas Konami’s Super Bomberman R made its initial debut on the Nintendo Switch as a launch title back in March 2017, it wouldn’t be until May 27, 2021 would the free to play, Battle Royale follow-up, Super Bomberman R Online, make its own Switch debut.

Incidentally, their gratitude has a time limit as the Bomber Coins are only redeemable until 14:59 UTC on July 25, 2021.

Thank you Alert!
Super #Bomberman R Online reached 3 Million Downloads!
In order of sign their up, users who play SBRO by 2:59 pm(UTC) July 25 will get 500 Bomber Coins as a thanks!
Download & Play Super Bomberman R Online for Free on XBOX, PlayStation, Steam, Switch or Stadia!