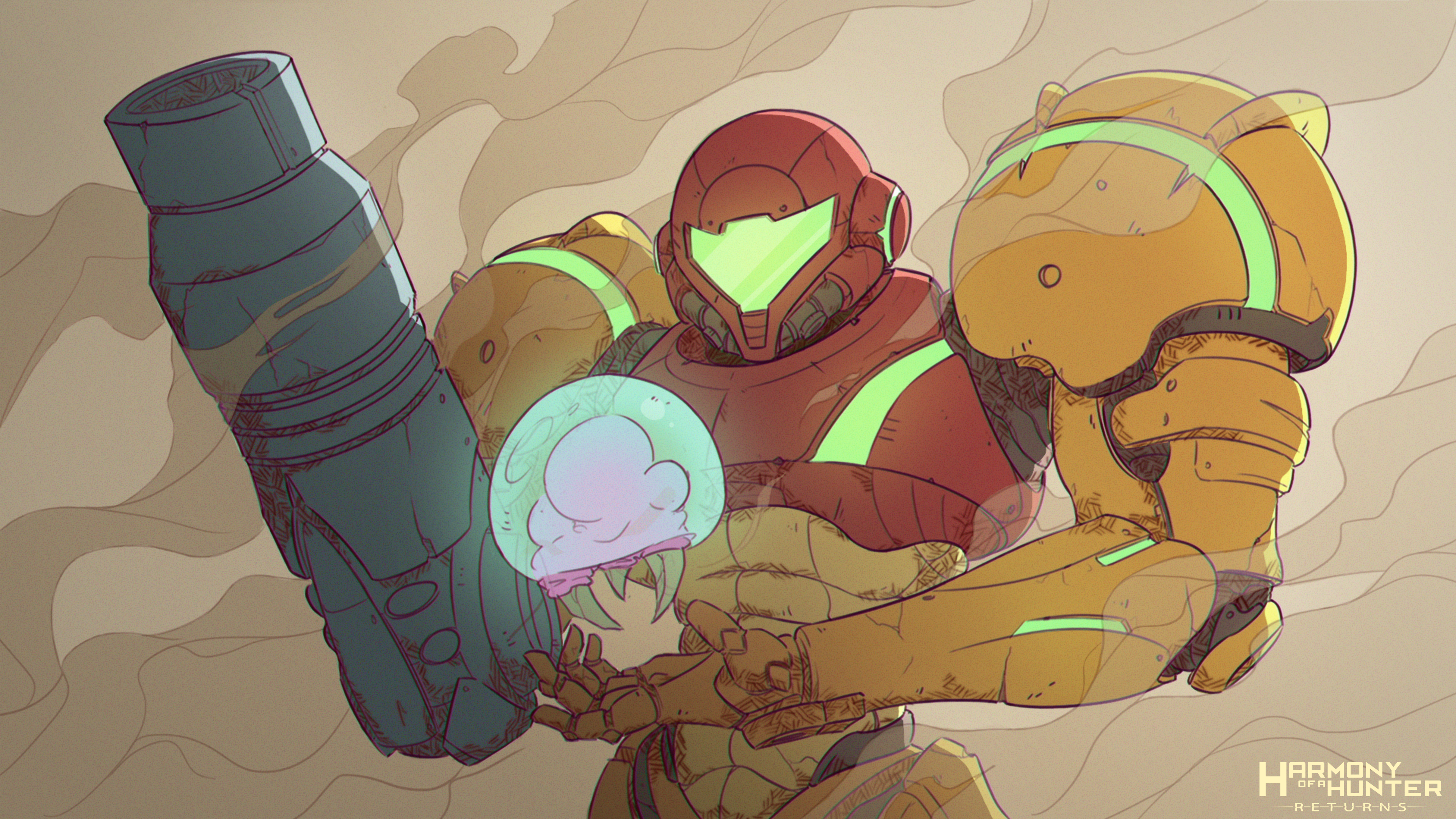 Dedicated Metroid news site Shinesparkers has announced that they will be releasing a 65-track Music Album to celebrate the Metroid series’ 35th anniversary. The album is title Harmony of a Hunter Returns and pays homage to the first ever album created by Shinesparkers as well as the returning number of musicians who collaborated on the first album and others. It is also a nod to the Nintendo 3DS game Metroid: Samus Returns.

The Harmony of a Hunter album will be available to download free from the album’s dedicated website on August 6th and consists of fan compositions of music tracks from multiple titles in the Metroid series.

Shinesparkers are excited to announce our sixth album in the “Harmony of“ series. Harmony of a Hunter Returns is a massive sixty-five-track album spanning five hours and celebrating the thirty-fifth anniversary of the Metroid franchise, covering music from every entry in the series in a wide range of different genres. The project also commemorates ten years of albums by Shinesparkers, coming full circle from our first Metroid-themed album, Harmony of a Hunter. It is our second largest album to date and the largest album we have produced dedicated to a single series.

The name “Returns” was chosen for several reasons, most notably because it was a return to Metroid albums after many years. It also signifies the many returning musicians from all previous projects, and it serves as a nod to a recent Metroid video game release “Metroid: Samus Returns”. We also returned to a few features of previous albums, such as a story-driven Ridley piece paying homage to Harmony of a Champion’s narrative, a Brinstar cover that is highly inspired by the Super Smash Bros. series representing Harmony of Heroes, and the return of HiScore, who have created yet another incredible Metroid medley like they did back in 2012 with Harmony of a Hunter: 101% Run. This track in particular, is one of the longest tracks we have ever produced, at almost twenty-five minutes long!

It was also an opportunity to cover some themes we were unable to include in previous releases, such as a selection of boss themes like the Emperor Ing (Metroid Prime 2: Echoes) and Vorash (Metroid: Other M). I am personally delighted that we were able to include the credits to Metroid Prime 3: Corruption on this release too, titled “Corruption Consumed”, which serves as the finale for this album. It is something we were unfortunately unable to deliver in the past.

We have done our best to cover as much music from across the series as possible, packed to the brim with as many Metroid themes as we could. But when we began this project, Metroid: Samus Returns was the latest entry in the video game series. Since then, Metroid Dread has been announced for the Nintendo Switch, and so we spent a bit of extra time to cover this upcoming game in our release.

While the album includes lots of well-known names, there are also many bright and talented new people that have contributed their time and experience to this project, some of whom were already familiar with, or fans of our previous releases.

The world has suffered a challenging time over the past eighteen months, and this project has given some of the people involved a sense of purpose and distraction from the concerns of Covid-19. When the idea for a new album was floated back in July 2020, the response from those contacted was overwhelmingly positive.

Due to restrictions at the time on group gatherings, we were unable to see bands and groups come together to create music this time around. However, that didn’t prevent us from organising some remotely-recorded performances, such as “Call of the Warrior” (Super Metroid), by Vincent Rubinetti and The Reddit Symphony Orchestra, or the aforementioned “Corruption Consumed”, by Julia Seeholzer (feat. The University of San Diego Choral Scholars & guests). One of our hopes is that our album will equally help others through these difficult days as we look forward to a much brighter future.

While this project has been a mostly positive distraction for me, I had a more personal reason for wanting to organise a Metroid album again. In May 2020 I received the sad news that an old friend that I had lost touch with who originally encouraged me to play Metroid for the first time, had passed away a couple of years prior. While the news hit me pretty hard at the time, I decided that I wanted to produce an album in his memory, with the blessing of his family. If it wasn’t for Jesse, I may never have found Metroid at all and, in turn, would never have directed and produced projects like this. I hope people will spare a thought for Jesse when they listen to this album and help to keep his memory alive.

Like our previous projects, Returns features some incredible artists who have created several pieces of extraordinary artwork in a variety of different styles, inspired by entries from the Metroid series. This time around, we decided to make the art pieces a bigger part of our album artwork, which fill the space while retaining the feel of our earlier designs with the familiar Screw Attack and stars.

Harmony of a Hunter: Returns is a collaborative effort, without which this project would not be possible. My heartfelt thanks go out to the entire team for helping to make this project a reality, especially to my two Assistant Directors Zack Parrish and Sebastian Mårtensson, who have also contributed arrangements to the project, both individually and in a collaborative capacity.

Harmony of a Hunter: Returns will be available as a free download from August 6th 2021 via the album’s dedicated website which will be updated over time with further content. You can also use it to check out our previous albums and learn more about the people behind these different projects.