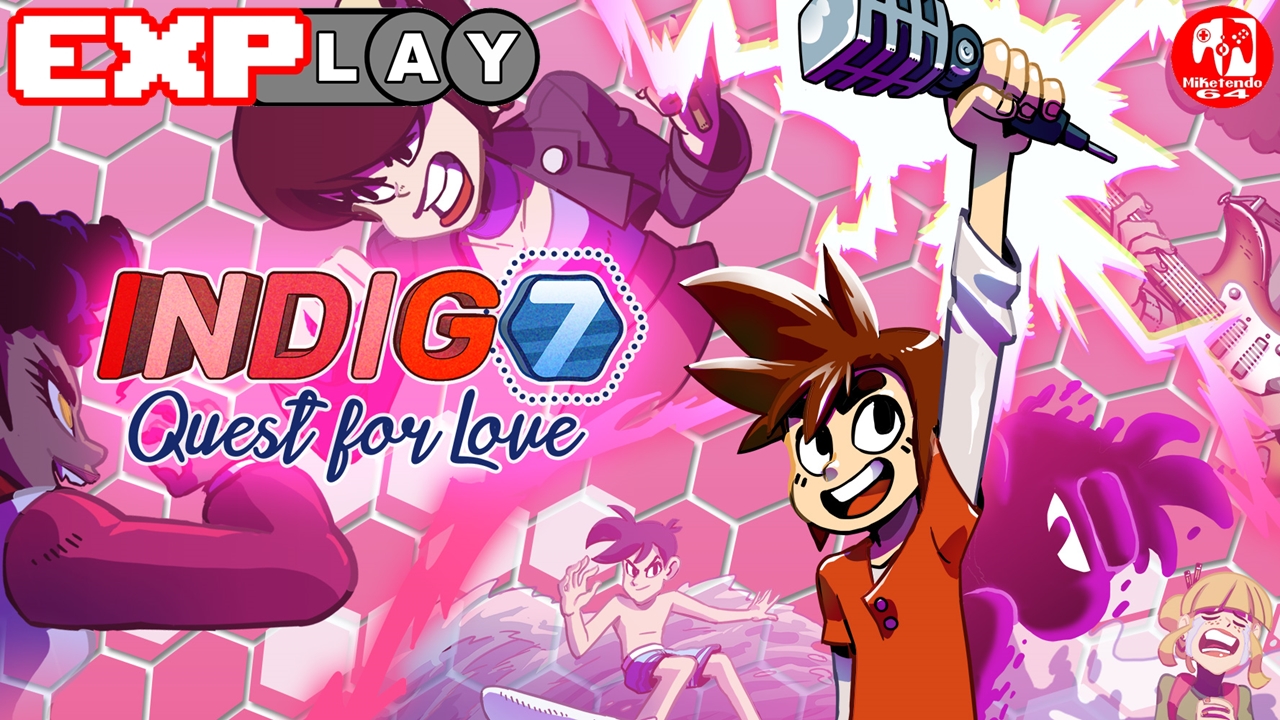 Welcome to EXPlay, (Explain & Play) the review series where we care not for scores but tell it how it is when it comes to every game we get our hands on, whilst also taking the time to include some lengthy gameplay, to give you the reader, the chance to shape your own impressions and views whilst watching and reading. In this installment, we’re covering Indigo 7: Quest For Love by developer Dolores Entertainment.

Indigo 7: Quest For Love: (The Explanation)

Indigo 7: Quest For Love is a fun and colorful puzzle game inspired by Puyo Puyo Tetris and Scott Pilgrim Vs. The World and follows an up-and-coming rock band on their summer adventure. When the band’s lead singer suffers heartbreak due to his girlfriend dumping him, his fellow bandmates decide to cheer him up by having a summer vacation by the beach. He immediately overcomes his heartbreak and sets his sights to fall in love with someone during their summer vacation. As the band set off with their hopes high, they soon find themselves on an adventure that will end up with them competing in a Battle of the Bands Tournament.

Despite the story of the game being set around rock music, the gameplay is anything but music related. It is a puzzle game that has players compete to clear boards by matching the colors within a set number of turns. As the player changes their color, any unclaimed tiles that are adjacent to the players tiles will convert into the players tiles. As you claim tiles, you will earn points but if you can rack up combo streaks by gradually increasing the number of tiles you claim, you will earn even more. Be careful though because if you hit a streak that is less than your previous turn, your combo meter will return to zero.

There are three main game modes; Adventure, Single Player, and Multiplayer, The Adventure Mode, takes players through the games’ story via comic book cutscenes and have theme play through multiple stages. Each stage has two optional objectives that will reward you with a star if you successfully achieve them. Up to three stars can be earned per stage but both objectives have to be completed in the same session in order to get all three stars.

The Single Player Mode and Multiplayer Mode has a selection of sub-modes that offer different challenges. Single Player for example has five sub modes and allows the player to go up against three CPUs depending on the game mode. There is VS CPU, Conquest, Conquest VS CPU, Time Attack, and Color Attack. The Multiplayer Mode allows up to four human players to compete against each other in VS, Conquest VS, and Party Bomb. Each mode has its own set of rules but the general goal is the same, claim more tiles / earn more points than the opposing players.

Indigo 7: Quest For Love is certainly an interesting game but it is not normally one that would ping on my radar. After playing it for a while, the gameplay is actually pretty fun and requires an amount of strategy and quick thinking in order to claim victory. The sound affects can be a little off putting at times. For example, at the beginning of each stage, there is the over exaggerating cry of “ROCK!” that bellows right after the countdown. The highly excitable cheers and cries of the players characters when they win can also be a little grating. These aren’t big issues to be fair, and are more like my own personal pet peeves.

If you like Puzzle games in the similar realm to Puyo Puyo Tetris, then you may quite enjoy Indigo 7: Quest For Love. It is definitely a game that you will enjoy more playing with friends but the adventure mode and single player modes also have plenty to offer those wanting to play solo.

Indigo 7: Quest For Love: (The Gameplay)