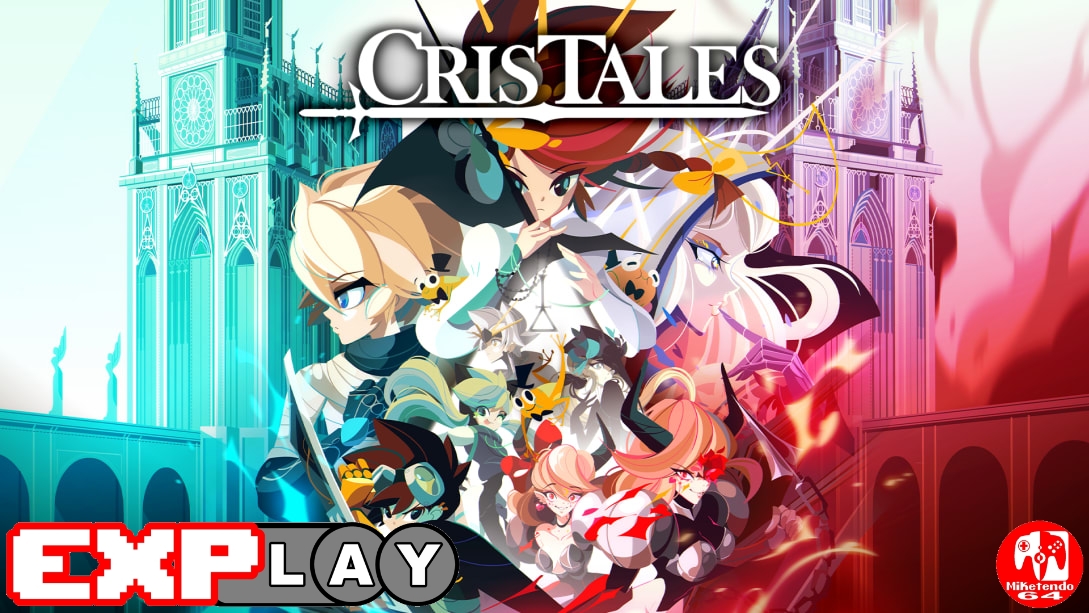 Welcome to EXPlay, (Explain & Play) the review series where we care not for scores but tell it how it is when it comes to every game we get our hands on, whilst also taking the time to include some lengthy gameplay, to give you the reader, the chance to shape your own impressions and views whilst watching and reading. In this instalment, we’re covering Cris Tales by joint developers Dreams Uncorporated, SYCK and Poppy Works.

E3 2019 was great for many reasons, Banjo & Kazooie were revealed for Super Smash Bros. Ultimate, a sequel to The Legend of Zelda: Breath of the Wild was announced, with a teaser trailer shared and the Colombia based indie studio, Dreams Uncorporated, officially announced Cris Tales, at the time, an upcoming RPG meant to serve as a tribute to  RPG classics such as Chrono Trigger and Final Fantasy. Sadly, I was not at E3 to see the reveal in person, but I was at Gamescom 2019, where I got to meet with Modus Games to witness the gameplay of Cris Tales and immediately fell in love with it.

Originally slated for the end of 2020, unfortunately, Cris Tales ended up being delayed in the efforts of allowing the game’s developers the added time they needed to produce a better quality product, but while the full game is a step up from the demo in terms of the game’s performance, ultimately the performance is where the game fails the most. Despite the game’s impressive hand-drawn visuals that are comparable to that of Paper Mario, with excellent usage of colours, and a UI screen that is very user friendly, Cris Tales seems very long-winded.

Whilst exploring, battles can trigger randomly in old-school Pokémon fashion, but the loading screens between each battle, constantly feel like they take forever to load, with the loading screens at the end of each battle doing the same thing, but then the actual battles themselves seem to take longer to play out than needed. Don’t get me wrong, it’s nice players are given time to hit the A button at just the right moments to deal more damage or reduce damage taken, but each battle feels repetitive and slow-going.

For me, this is a huge shame, especially when Cris Tales is literally the time-warping RPG where lead character Crisbell, an orphan from Narim, can send enemies on the left hand of the screen into the past, whereas sending enemies on the right-hand side of the screen, into the future, which can make them stronger or weaker, depending on which transformation the time-travel reverts them to. Yet, it’s not just enemies time can have an effect on, but status effects as well, if an enemy is in the past and poisoned, by bringing them back to the present, all poison damaged is delivered all at once. You can also plant an explosive in the present, send an opposing monster into the future and have a massive explosion take place.

This element alone can make battles very interesting, but again, because of the slowness aspect, the more you play, gaining access to new kinds of abilities and combos that should be interesting to behold and work out, battles swiftly become more of a chore than a pleasure, that it makes me wish an auto-battle element or even fast forward function was implemented, just to speed things along.

Aside from that main grievance, however, Cris Tales is an utterly fantastic game with a unique premise, where players must constantly traverse past, present and future, to uncover secrets, solve puzzles and complete side quests. Another downside element for those who did play the demo is, sadly progress in the demo does not carry over, so if you did enjoy the demo and have yet to pick up the game, you will need to repeat the first hour all over again.

On the plus side, it’s more time spent with Crisbell, Christopher, Wilhelm and Matias and the voice actors who helped to bring each of this characters to life. Also, for those who do start playing, this is a game where you’ll want to stick around for the end, as it is a lot of fun seeing just how far little ophan Crisbell will go and the extent to which her powers as a time mage develops.

The tale of two Cris’s is an interesting one indeed. There’s plenty of character development to be had, in addition to the main trio of heroes growing closer together, but while Cris Tales does a lot right, unfortunately, there are a few things that let it down, such as its slow pacing and performance issues. For a game about the past, present and future, its bizarre there is no fast forward function, especially when the loading screens take a long time to load, bogging down what is otherwise a fantastic turn-based RPG that does a great job of bringing classic RPGs to the present. Oh, and no screen capture? What a cop out.