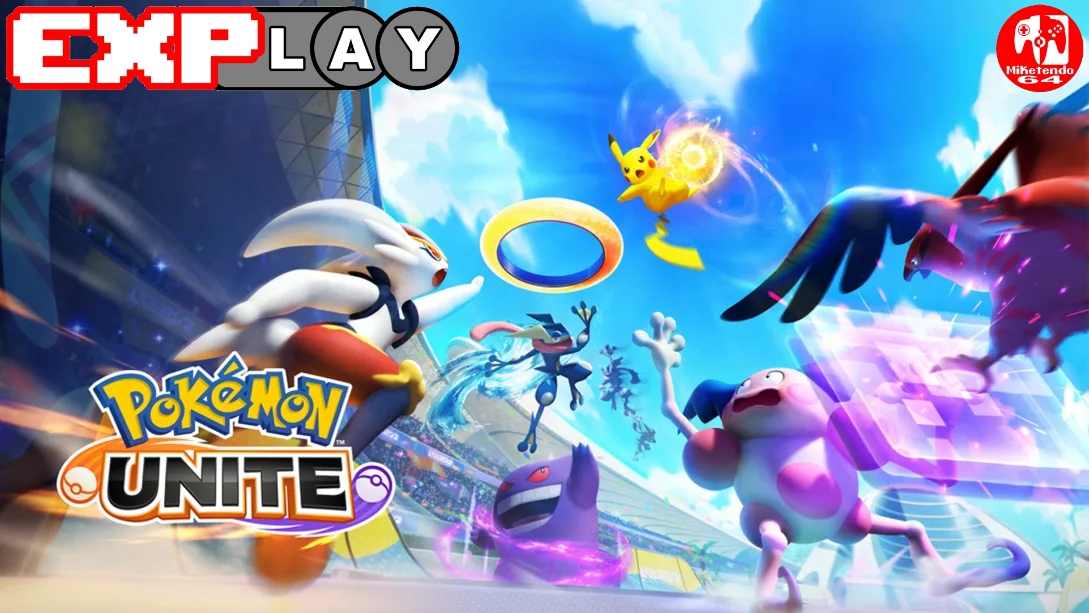 Welcome to EXPlay, (Explain & Play) the review series where we care not for scores but tell it how it is when it comes to every game we get our hands on, whilst also taking the time to include some lengthy gameplay, to give you the reader, the chance to shape your own impressions and views whilst watching and reading. In this instalment, we’re covering Pokémon UNITE by joint developers Tencent and TiMi Studio Group.

From RPGs to brain-teasing puzzle games, pinball and photography, when it comes to Pokémon games, Game Freak and The Pokémon Company have proved they can create a Pokémon game for any genre they desire and their latest instalment in the Pokémon franchise is further proof of that. Why simply settle for 1-on-1 or 2-on-2 battles when players can now do battle in teams of 4-on-4 and even 5-on-5 thanks to Pokémon UNITE.

From the developers responsible for Multiplayer Online Battle Arena (MOBA) games Arena of Valor and Call of Duty: Mobile, comes Pokémon UNITE, the new online-based battle game where Pokémon of all shapes, sizes and species, can come together in special arenas and stadiums on Aeos Island and take part in Unite battles. Team-focused battles where two teams of trainers do battle against one another, sending out their prized Pokémon to do battle against one another on maps split into two halves, but also battle wild Pokémon, in the effort to collect Aeos Energy and then deposit the stored energy you’ve acquired in control points on your opponent’s side of the map to score points.

Be it Ranked, Standard or Quick, all match types follow the same rules when it comes to winning, being the team that scores the most points. So, similar to Splatoon, it’s not about how many Pokémon you defeat, but the number of points your team scores compared to the points your opponents score. Where these match types do differ, however, is in duration as both ranked and standard matches are 10 minutes long, but Quick battles are only five minutes in length. Additionally, regardless of match type, each battle starts the same way, with a player selecting the Pokémon they wish to use, (only 1 of each on each team), but when choosing Charizard, when the battle starts, players will actually start with a Charmander.

This is because, at the beginning of the match, you start with a weaker version of your desired combatant, in this case, a lower-levelled, pre-evolved Pokémon, but the more you battle, the more experience you will gain. As your Pokémon gains experience and levels up, they can learn new moves and evolve, all the way to their final form and gain access to their Unite Move, a powerful move that can turn the tide of battle when overwhelmed, but not if ambushed by multiple Pokémon, all a higher level than yourself.

Not every Pokémon has a base form, as Snorlax and Lucario will appear exactly as they are, but as they gain experience and level up, they will become stronger and serve as a powerhouse in the last half of the battle. Still, it’s not just the Pokémon who can level up as players themselves can increase their rank and class, as well as raise their trainer level, earning themselves access to new prizes and rewards, which includes new Unite Licenses, gaining access to new Pokémon and even Held Items that can provide stat boosts to your Pokémon in battle.

For the most part, Pokémon UNITE is rather flawless when it comes to battling. The action is far more addictive than expected, the voice acting is engaging, but, being as though this is the console version of the game, the controls are very responsive. It is a shame the Switch release doesn’t offer touch-screen controls so players could try them out, especially since the mobile version will be using this particular control scheme when it releases in September, but at least the general presentation is easy on the eye.

The menu screen can seem a little too much in one place, but the actual sub-menus are much better handled, and there is a huge amount of challenges available for those eager to earn them. Heck, here’s a positive. Although the game features many in-game purchases and a season pass, players who haven’t purchased the pass can still earn some of the available rewards upon levelling up by earning the required amount of points. You won’t be able to acquire the special clothing items or the Holowear items for your Pokémon, but it is a nice touch nonetheless.

When it comes to Pokémon, the Nintendo Switch has seen its share of offerings and even in its base state now, Pokémon UNITE has to be among the best of the best. In fact, as far as the dual release mobile and Switch games go (Pokémon Quest, Pokémon Café Mix and Pokémon UNITE), UNITE is hands down the clear winner. It is so easy to get the hang of. Even when performance dips or outright glitches, I’ve never actually been booted out of a single game, always being able to stay in the match and carry on playing.

UNITE has your typical Gen 1 representation as part of its base game roster, but as it stands with 20 fighters in total, it’s still an impressive line-up nonetheless, with Pokémon like Venusaur being a lot more fun to use than expected and as for Zeraora, it’s great to be able to receive the Mythical Pokémon as launch distribution gift, but this little powerhouse does stand out from the rest of the group, even though Zeraora is a lot of fun to use.