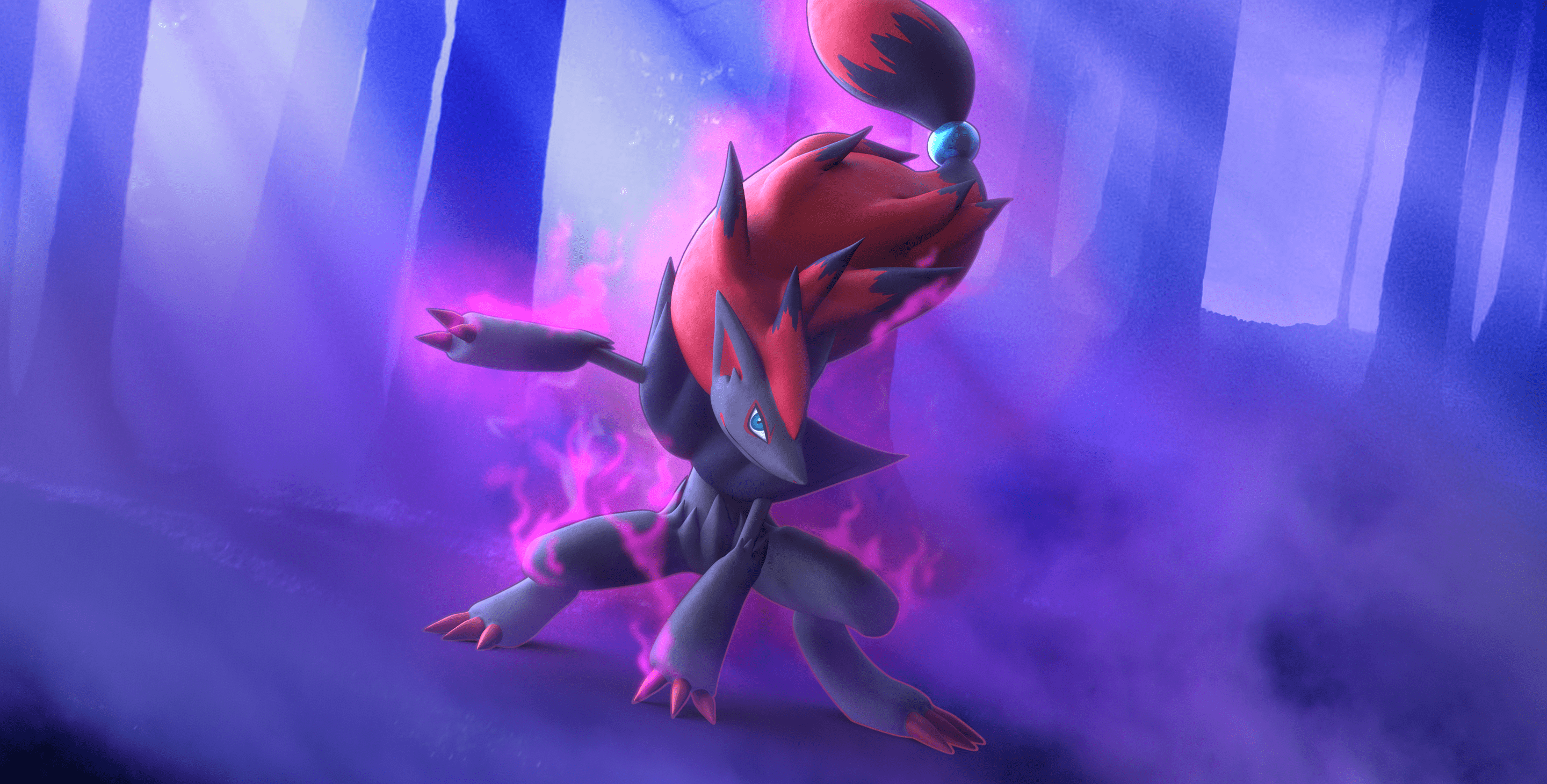 Since Pokémon UNITE released on July 21, 2021, plenty of details have come to light on the game’s available Pokémon and their Unite Moves and in the spirit of Uniting information, here is a detailed list of all known Unite Moves for the Pokémon of Pokémon UNITE:

Its Unite Move, Plasma Gale, sends out a powerful electric blast that creates a field of lightning around the area where the blast hits.

Pikachu’s Unite Move is Thunderstorm, an attack that blasts all surrounding opposing Pokémon with powerful lightning.

Charizard’s Unite Move is Seismic Slam, an attack in which Charizard aims for and grabs one opposing Pokémon before bringing it up into the air and slamming it down to the ground.

Snorlax’s Unite Move is Power Nap, an attack in which Snorlax nods off and can roll around in its sleep to attack its opponents.

By using its Unite Move, Rubble Rouser, Crustle covers itself in a swirl of rocks and keeps its opponents from getting anywhere near it.

Its Unite Move is Waterburst Shuriken, an attack in which Greninja deals massive damage to opponents by throwing a huge water shuriken down on them from above.

Eldegoss’s Unite Move is Cotton Cloud Crash, an attack that lifts Eldegoss into the air to slam down onto the ground, restoring HP to allies and dealing damage to opposing Pokémon.

Talonflame’s Unite Move is Flame Sweep, an attack in which Talonflame charges forward over a long distance while cloaked in flame, shoving its opponents aside.

Its Unite Move is Aura Cannon, a move that sends out an aura blast that deals massive damage to opponents.

Venusaur’s Unite Move is Verdant Anger, an attack that shoots out a powerful seed bomb that scatters and damages Pokémon all around.

Its Unite Move, Showtime!, is a mysterious pantomime that stuns opponents in the area around it.

Slowbro’s Unite Move is Slowbeam, which locks opponents in place. However, Slowbro itself also becomes unable to move, so it’s best to have some backup from allies.

Its Unite Move, Midnight Slash, is an attack in which Absol slashes and throws opposing Pokémon while dealing great damage to them.

Its Unite Move, Barrage Blow, is an attack in which Machamp rushes forward and unleashes a combo attack on opponents in front of it.

Its Unite Move, Starlight Recital, provides protection to Wigglytuff and its nearby allies.

Alolan Ninetales uses a Unite Move called Snow Globe, an attack in which it creates a blizzard around itself to freeze its opponents.

Its Unite Move, Gatling Gulp Missile, is another of Cramorant’s specialties. It shoots out a flurry of Gulp Missiles at any opposing Pokémon that approach.

It can sneak up behind its opponents without making a sound. On top of that, its Unite Move, Phantom Ambush, lets it turn invisible. It’s a move truly befitting Gengar, the Shadow Pokémon!

Garchomp’s Unite Move is Livid Outrage, an attack in which Garchomp gives into its furious rage and attacks its opponents.

Cinderace’s Unite Move is Blazing Bicycle Kick, an attack in which Cinderace kicks a giant ball of fire at its opponents, dealing massive damage.

Blissey’s Unite Move, Bliss Assistance, allows Blissey to dash to an ally’s aid while protecting that ally from attacks!

Its Unite Move is Hydro Typhoon. Blastoise spins around and shoots out powerful blasts of water, washing away all opposing Pokémon around it.

Mamoswine’s Unite Move is Mammoth Mash, an attack in which Mamoswine stomps the ground, dealing damage to nearby opponents and decreasing their movement speed with each stomp!

When Sylveon uses its Unite Move, Fairy Frolic, it jumps into the air, dealing damage when it lands to nearby opposing Pokémon and restoring its HP. For a short time afterward, a set percentage of damage dealt by Sylveon is converted into HP!

Greedent’s Unite Move, Berry Belly Flop, recovers its HP while dealing damage to opposing Pokémon. Greedent then eats a special Berry allowing it to stash an unlimited amount of Berries in its tail for a short time and resetting the cooldown on all its moves!

Decidueye’s Unite Move, Nock Nock, fires quills in the designated direction, dealing damage to opposing Pokémon. It ends by unleashing a particularly large quill that deals damage to all opposing Pokémon it hits.

Tsareena’s Unite Move, Queen Ascendent sends Tsareena leaping toward an opposing Pokémon and kicking it high into the air before showering it with a flurry of kicks while airborne. When Tsareena lands on the ground at the conclusion of this epic attack, it recovers HP.

Have a maximum impact with Dragonite’s Unite Move, Draco Impact, which renders this draconic powerhouse unstoppable. Gain momentum by flying high into the air before crashing down on the opposition accompanied by a rain of comets.

Go for the knockout with Aegislash’s Unite Move, the fittingly named Coup de Grace. Aegislash unleashes a ground-splitting slash in a designated direction, dealing damage to opposing Pokémon and dealing even greater damage to opponents with low remaining HP.

Unleashing Hoopa’s full power, Rings Unbound transforms Hoopa into Hoopa Unbound for a short time. Hoopa Unbound increases Hoopa’s max HP and creates a ring at a designated location. Each ally Pokémon can warp to that location once only.

Bash the opposition with Azumarill’s Unite Move, Belly Bash. Azumarill pounds its stomach, creating a shield for itself and sacrificing HP for increased attack power before charging enemy Pokémon.

Send your opponents flying with Espeon’s Unite Move, Psychic Solare. This Pokémon uses its psychic power to suspend the opposition in midair before blasting them with an explosion!

Steal the show with Glaceon’s Unite Move, Glacial Stage. This ice-cold attack creates a diamond-shaped zone that damages and decreases the movement speed of all opponents while increasing Glaceon’s movement speed and ice crystals.

Muscle up and slam the competition with Buzzwole’s Unite Move, Ultra Swole Slam. Buzzwole flies at high speed and takes to the sky, dealing damage to all opposing Pokémon in the area of effect before targeting the opposing Pokémon with the lowest percentage of HP among those hit and charging down at it to deal additional damage.

Make your way to the top with Tyranitar’s Unite Move, Tyrannical Rampage. Tyranitar explodes with anger and goes on a rampage, increasing its movement speed and gaining hinderance resistance. While Tyranitar is rampaging, its basic attacks quake and deal more damage—and if a Pokémon on the opposing team attacks when at low HP, it’ll be immediately knocked out!

Confuse and elude your opponents with Mew’s Unite Move, Mystical Mirage. Mew floats up and becomes invincible, blanketing all surrounding ally Pokémon with stealth and dealing damage in the area of effect.

Start a stampede with Dodrio’s Unite Move, Triple Trample. Dodrio becomes immune to hindrances and runs to a designated location with unstoppable might. If Dodrio runs into an opponent, it deals damage and throws them into the air.

Dash in and confuse your opponent with a flurry of copies. Whether you deal explosive damage or hinder your opponent will depend on who you battle as—Scyther or Scizor. At the end of Scyther’s Unite Move, Green Illusion Dive, each copy returns to Scyther, dealing bonus damage. At the end of Scizor’s Unite Move, Red Illusion Dive, Scizor can grab an opponent and run through a copy, incapacitating the opponent. Choose wisely!

Reach for the stars and moon with Clefable’s Unite Move, Wonder Wish. Clefable waggles its finger, healing nearby allies, before pulling out a powerful move at random that can turn the tide of any battle.

Leave the competition frozen with fear with Sableye’s Unite Move, Phantom Ambush. Sableye glares with a bright light, leaving all Pokémon facing Sableye unable to act and frozen in place. All Pokémon facing away are instead slowed for a short amount of time.

As always, we hope you found this guide helpful. For other Pokémon UNITE guides, we have the following: