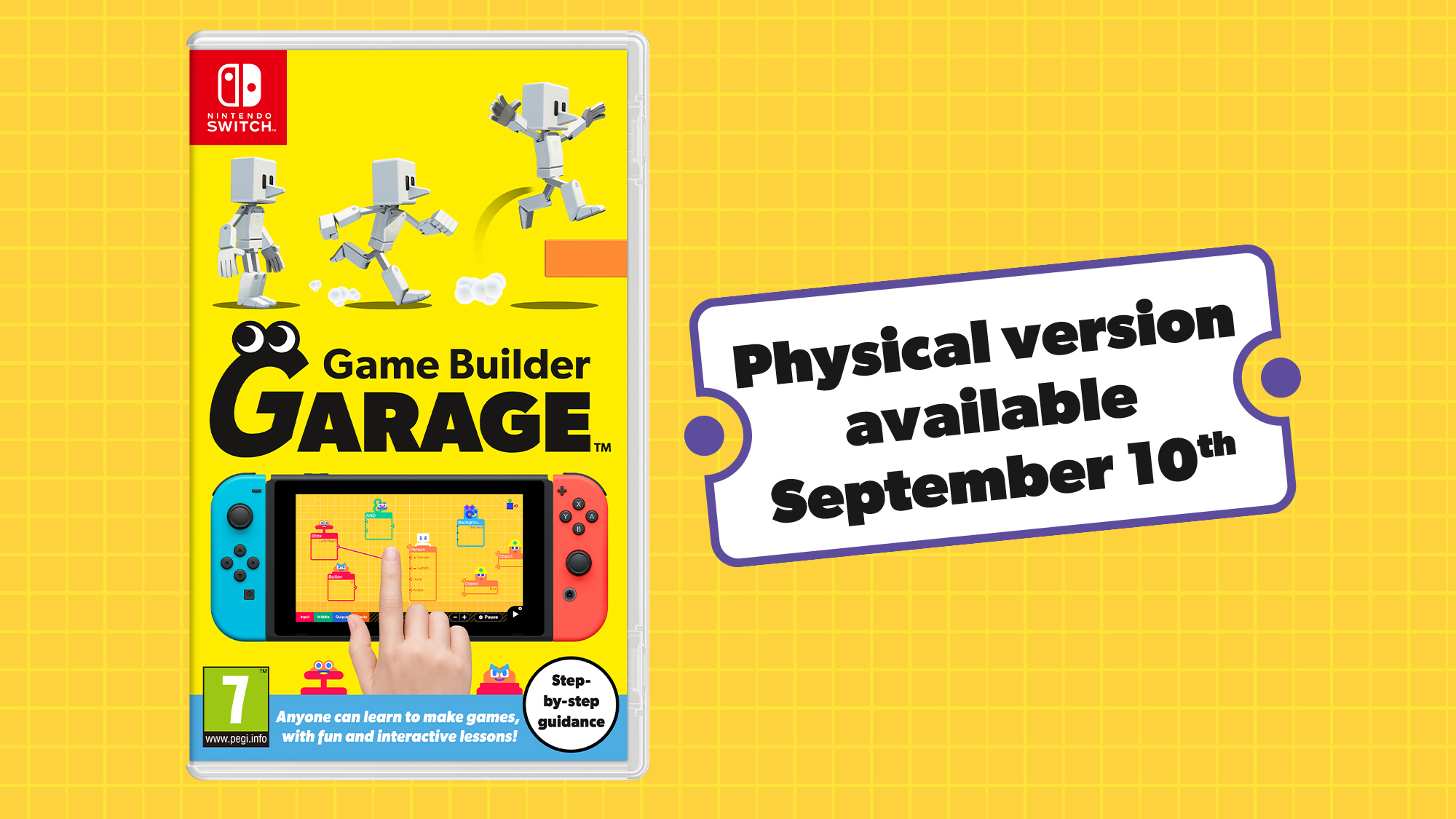 Game Builder Garage To Get Physical Release In Europe

Nintendo of Europe has announced today that Game Builder Garage will be getting a physical release in Europe. Of course, there is a slight wait as the game won’t be hitting physical retail until September 10th. It’s not quite certain why Nintendo has decided to finally release the game physically in Europe. Was it their idea all along or have they listened to European fans responses hence why they have made a decision for the European physical launch. Either way, it’s happening.

Learn to make games with fun interactive lessons and step-by-step guidance. A physical version of #GameBuilderGarage will be available from 10/09! pic.twitter.com/epgbwh2fEv

Will any of you be picking it up now that it is getting a physical release? For those of you who already bought it digitally, will you be double dipping? Do let us know in the comments.