[Feature] Looking back at Video Game Events And Awaiting Their Return 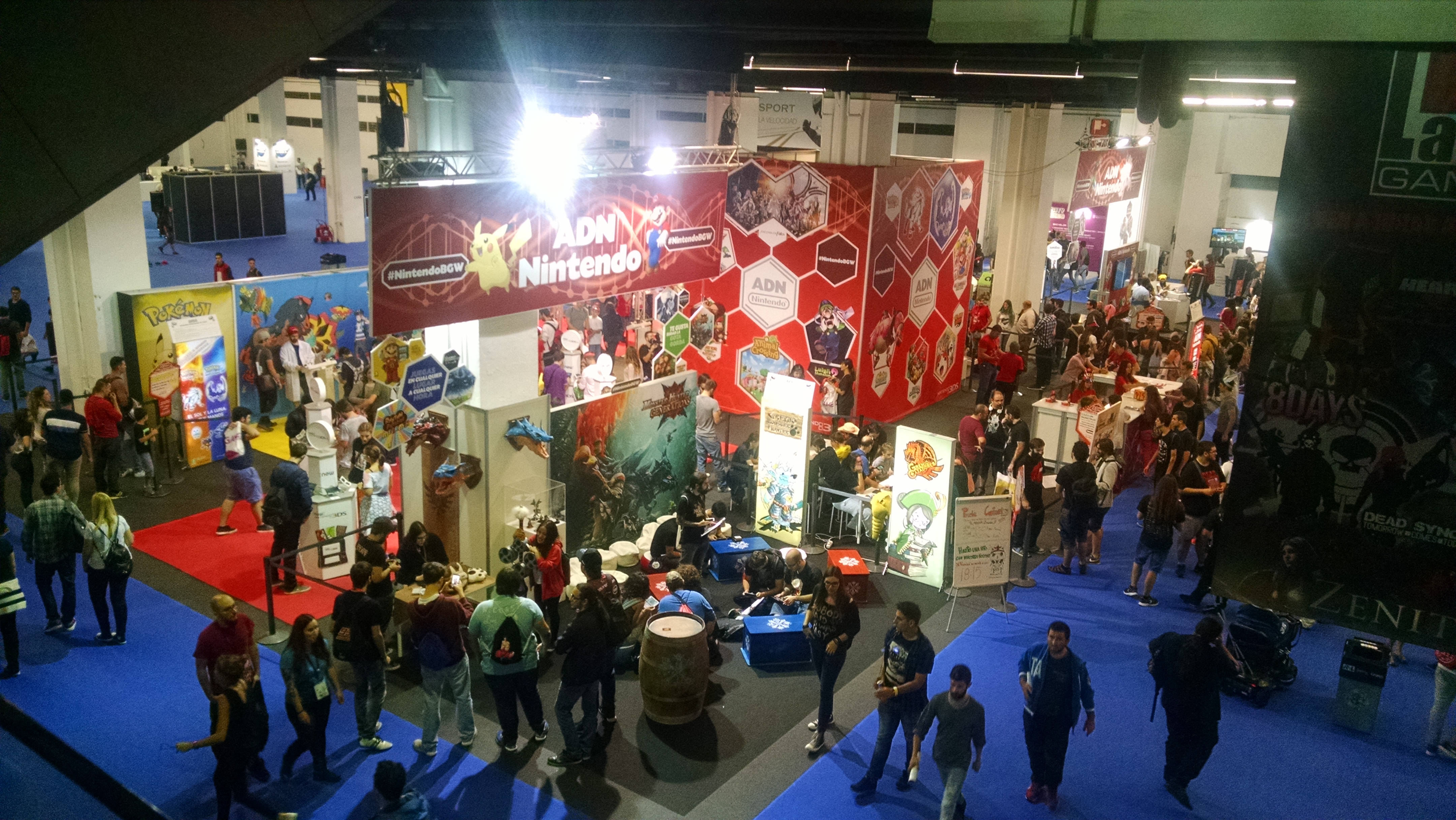 Video game events have taken a hit since the pandemic began and forced many to be canceled or converted into digital showcases. Though the digital showcases and events have helped both large and small video game companies to share and reveal their games with the rest of the world, there really is nothing quite like meeting these people in real life and playing their games firsthand.

Over the years since I began Miketendo64, I have attended a number of video game events including the likes of EGX in London, England, Barcelona Games World (now known as Nice One Barcelona) in Barcelona, Spain, and Gamepolis in Malaga, Spain. I was also at one point going to go to Gamescom in Cologne, Germany but then COVID-19 had other ideas and kiboshed (sabotaged) my trip. Thanks Corona (!)

I have also attended smaller press events held by the likes of Koei Tecmo and Wired Productions and even had the opportunity to go to Nintendo UK’s HQ itself. However, because of time and date restrictions, I could not attend. Luckily for me though, my editor-in-chief and brother Jack was available to represent Miketendo64 and go in my stead.

Anyway, back to video game events at hand. I know some people can say if you have been to one, you have been to them all but that isn’t really the case. Okay, so if you look at each gaming event plainly, they all have their developer stands and demo booths, they have aisles of video game merchandise stalls and theatre halls where developers and influential people in the medium of video games talk about their projects and experiences. They can be hot and stuffy and sweat is pouring off you even though it is 15ºc outside and all the popular games have long queues of people waiting over an hour just to play a demo of a game with a 15 minute-limitation.

Yes, that can pretty much sum up video game events to most people but what they may fail to see is the atmosphere and the energy that comes from these events. Introverted gamers who don’t have many friends can meet a whole community of like-minded individuals and make lasting friendships with them. Those who are part of an online gaming community can come to these events and meet and hang out with fellow members in person for the first time. You can also meet some pretty special people at these events that you may never have the opportunity to do so anywhere else. The Pros may seem fewer in relation to the Cons but the Pros far outweigh them in all aspects.

Barcelona Games World was my first big video game event. It was October 2016 and I wanted to experience something special with my brother and sister and go on a big trip. I booked the train tickets, the hotel, and even acquired press passes for two of us and purchased a professional visitor pass for the other. As we registered at the Press desk, we were given an extra press pass so all three of us had our own one. Result!

It was the first time for any of us to attend any video game event and we were so excited. The atmosphere was incredible. People were buzzing everywhere, there was so much to do and games to play but the highlight of the trip was that the voice of Super Mario, Charles Martinet himself was in attendance and I got to take a photo with him!!! Well, actually, Jack went above and beyond and did one better. He spoke to the Nintendo rep at the event and managed to get us an interview with Charles Martinet. Legend!!! (Both Jack and Charles Martinet, of course).

That was such a great time but it was only the start of things to come. I caught the bug and wanted to go to more video game events and meet more great people. A little closer to home for me is an event held once a year in Malaga, Spain (I have mentioned before that I live in Spain, right? No? Oh, well, yes. I live in Spain). The Gaming event is called Gamepolis and is one of the biggest gaming events in the whole of Andalusia, if not Spain itself. I have attended this event a few times over the year and it has gotten better every time. I have made some pretty good contacts with reps at Nintendo Spain over the years of my attendance and have been allowed to attend private press events and play games that were months away from their destined releases.

My last visit to Gamepolis in 2019 was by far the best yet as it had a lot of E3 2019 revealed games available to play for the first time in Europe (Gamescom is held in August whereas Gamepolis is in July). The event also had a very special guest in attendance who is a complete Rock Star in the gaming world and known as the grandfather of First-Person Shooters. It was the co-parent of DOOM himself… Mr. John Romero.

He was there with his wife Brenda who is also a video game developer promoting their game Sigil. John was also on hand to play one-on-one DOOM Deathmatch will willing participants as well as signing autographs and taking photos.

EGX in London was perhaps one of the biggest video game events I have been to. I only had a few days in the UK and had to plan things accordingly. It was literally, fly into the UK, go to the event the next day, and the following day, I would fly back. I went to the event with my sister Ashleigh and we met up with Barry Dunne of Impact Game Station who I have known through Twitter for years but never actually met in person. It was a great experience to meet him in person and we got to hang out for the whole day. As a bonus, I also met the brilliant Jack Gawny of Nintendo Village too!

I forever cherish the memories of meeting these incredible people at video game events and can’t wait to go to another one soon and as luck will have it, I will be. Though E3 2021 was a virtual event this year and Gamescom 2021 is following suit, Gamepolis has changed tack this year to host an open-air event in the form of Road To Gamepolis. It is not held in the typical venue as other years and is instead, being held on the campus of a university that teaches video game development.

The campus offers wide-open spaces the event is restricted with a limited visitor capacity with every visitor being registered. This is so if any of the visitors who attend the event have COVID-19, the other attendees can be informed and get themselves checked out and self-isolate if needed.

Road to Gamepolis will be the first event I will be attending since the pandemic hit and I will, of course, take any and all precautions necessary to keep myself safe during my time at the event. I might even cosplay a little myself. Now, who should I go as? hmm?

Jokes aside. I am really looking forward to some normality in my life again and I am sure a lot of you are too. Though none of us will be going to Gamescom this year, here is hoping that we may be able to meet up with some of you at the likes of EGX this October if circumstances sort themselves out.

Well, thank you for reading this article. I hope you have found it enjoyable and if you would like to share your own video game event memories with us, please do so in the comments. We would love to read them and learn about your favourite experiences and the amazing people you have met and forged friendships with.