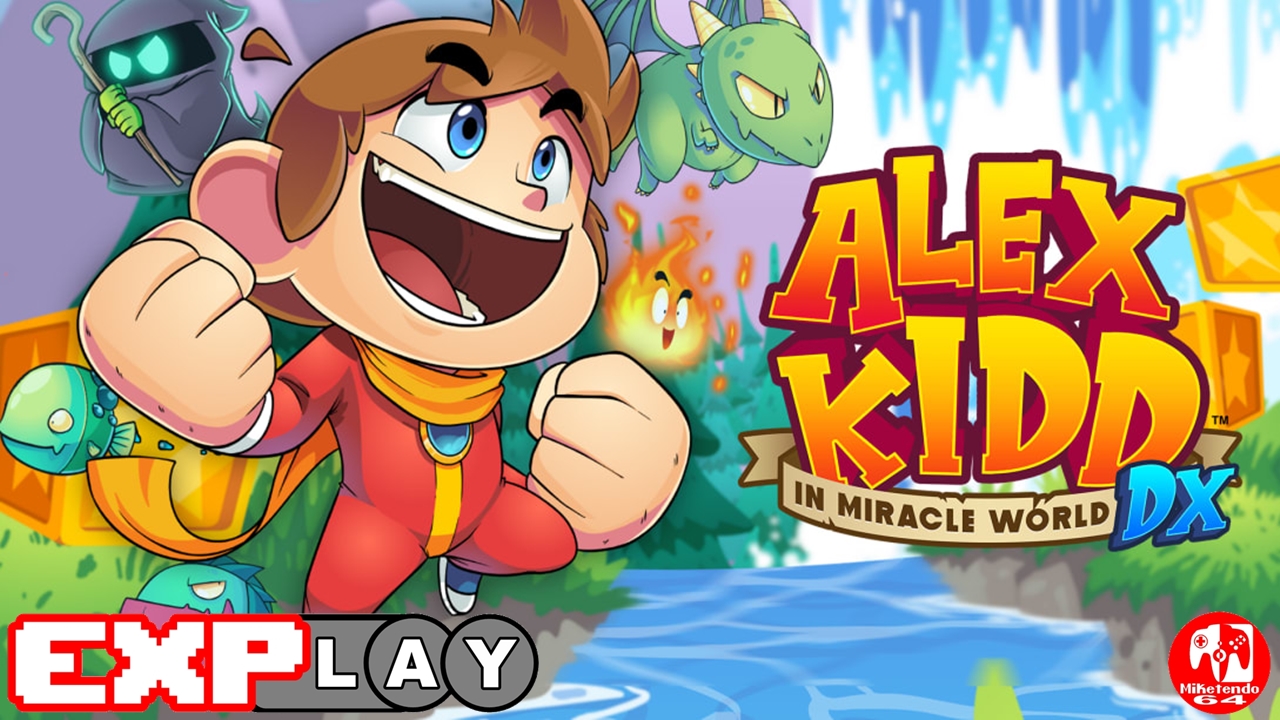 Welcome to EXPlay, (Explain & Play) the review series where we care not for scores but tell it how it is when it comes to every game we get our hands on, whilst also taking the time to include some lengthy gameplay, to give you the reader, the chance to shape your own impressions and views whilst watching and reading. In this installment, we’re covering Alex Kidd In Miracle World DX by developer Jankenteam.

Alex Kidd In Miracle World DX is a HD remastered version of a well-known SEGA Classic. It follows the young hero Alex Kidd, prince of the Radaxians who must fight against the invasion of Janken the Great and his minions.

Alex must navigate his way through multiple stages filled with perils until he faces off against Janken the Great. On his journey, he will face many enemies and while Alex has a powerful punch that can fell most enemies in a single swing, he is just as easily defeated himself if an enemy touches him.

As well as enemies, there are also plenty of obstacles that Alex will need to overcome like pitfalls, fire bubbles, death boxes and more. To even the odds a little. there are boxes that contain money bags that will allow Alex to buy items when at a shop. Alex can also find power-ups in special crates but be warned, if you already have a power-up in use or have already collected a power-up from that crate before you died, a phantom might come out instead and take another life from you. You’ve Been Warned!

Towards the end of certain stages, Alex Kidd will have to take on mini bosses. Some will require you to avoid them and wait for an opening to hit them, other times you will have to play a game of Jan-Ken-Pon (Rock, Paper, Scissors) where the winner is decided in a best out of three match.

With Alex Kidd In Miracle World DX being the HD remaster that it is, it’s visuals and audio have been given a major overhaul to make it look much more moden. However, for those that are nostalgic for the original visuals, you can change between between visual styles by simply pressing the ZR button.

The Original/HD visual select is not the only new feature either. As well as a Boss Rush Mode and a Classic Mode (which needs to be unlocked first), there is also what I find to be perhaps the most welcome feature of all… an option to have infinite lives! Oh this has made playing Alex Kidd In Miracle World DX so much less infuriating. Don’t get me wrong. I do enjoy the game but I am terrible at it and after dying more times than I am comfortable with, the Infinite Lives option allows players to keep all their hard-earned cash no matter how many times they die. Otherwise, when you get a Game Over screen, you lose the lot.

Alex Kidd In Miracle World DX is a game that I think will be more well-received by players who remember the original and perhaps want to share their love of the game with their children. The HD remaster to me feels just as challenging as the original SEGA classic while being a little more forgiving in regards controls. New players to this game may struggle at first but if you keep at it, you’ll be Jan-Ken-Pon‘ing your way through it like a champ.