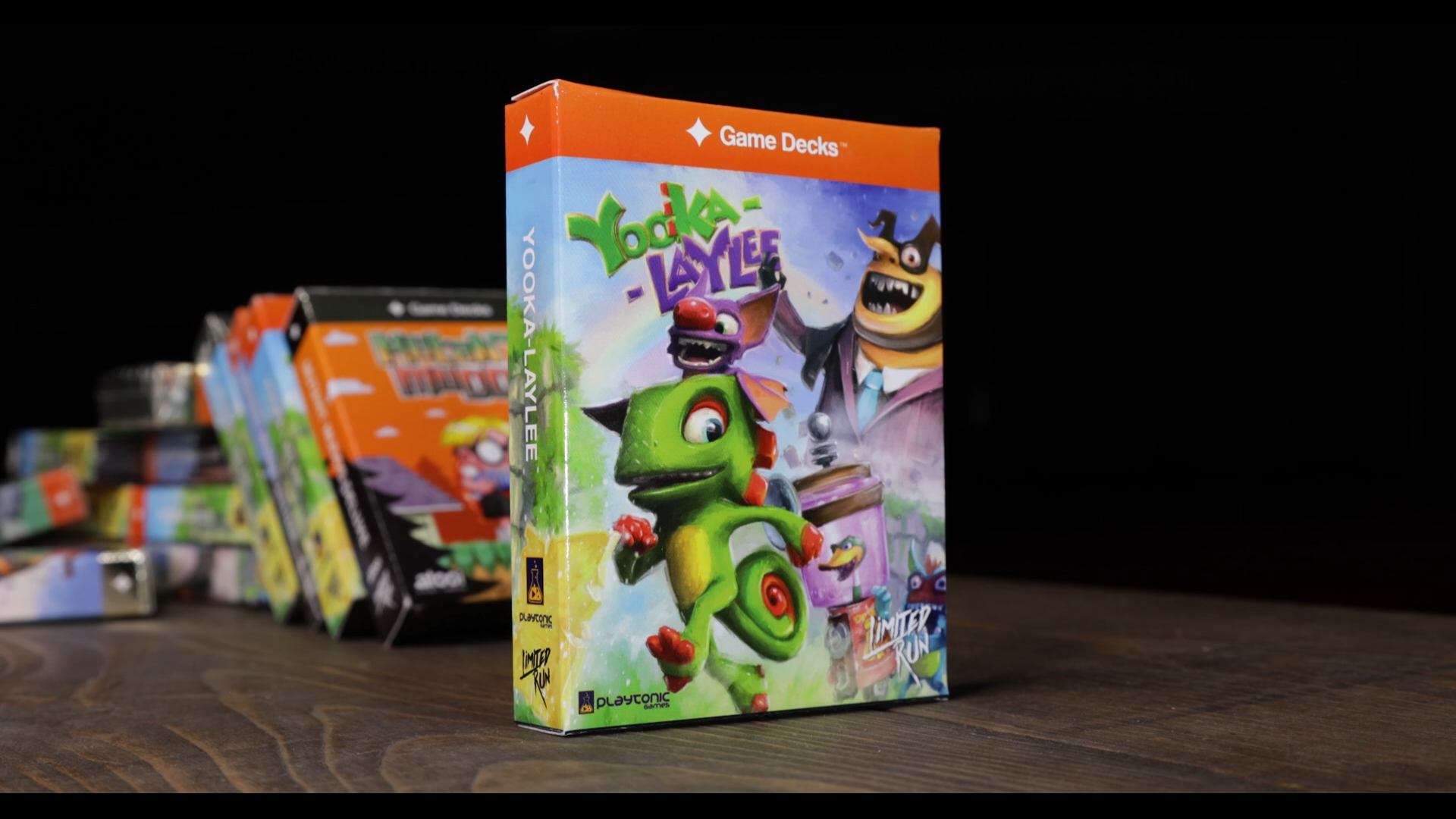 Limited Run Games and Game Decks have announced that they are working together on an exclusive Yooka-Laylee Game Decks Tabletop Game that up to four people can play together. On June 29th, 2021, you can join Yooka and Laylee on an all-new adventure that is “crammed with characters, challenges, and collectibles” that are based on the indie smash title.

The Yooka-Laylee tabletop game by Game Decks includes the following:

An official statement from Game Decks:

When Playtonic agreed to work with us, they said under one condition: that we produce and release an album of brand-new Yooka-Laylee songs to launch alongside it as an official Game Decks soundtrack. Actually that’s a lie – they’re very nice and would never demand anything, but we did it anyway and are proud to announce “Yooka-Laylee Capital B-Sides” – an Original Game Decks Soundtrack featuring ten tunes written and produced by Perry Burkum that are perfect when paired with the tabletop game. Check out a sample of the first track in our launch trailer! The CD will be sold with the Special Edition of Yooka-Laylee Game Decks.

The Gold Edition of Yooka-Laylee features a beautiful gold foil-stamped cover, as well as some exclusive alternate Player Pieces, Dice and Cover Card. This edition of the game is super limited, and will only be available as part of a special Yooka-Laylee collection released with Limited Run Games on the same day.

But the announcements don’t stop there! Finally, we will also be selling a special version of our first release – Mutant Mudds Deluxe – for anyone who missed out on it when we launched it alongside Atooi Collection on the 3DS. This game is completely compatible with Yooka-Laylee and can be combined for a truly epic and wacky tabletop experience!

For more information regarding Game Decks, please visit:
GameDecks.fun or join the conversation on Twitter @PlayGameDecks!