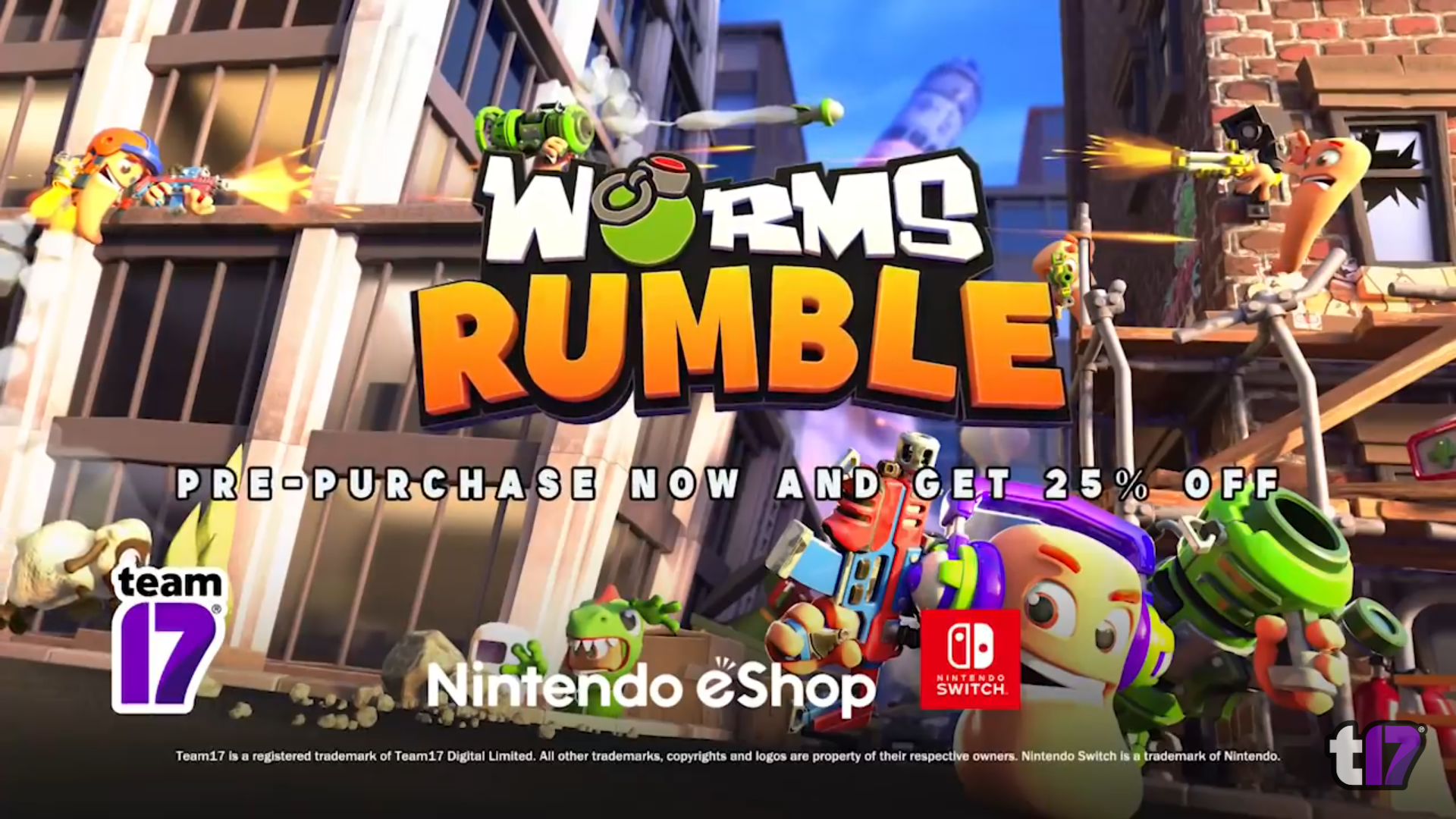 In space, no-one can hear you scream, ‘INCOMING!’

15th June 2021– Team17 has today announced that Worms Rumble, the first real-time action instalment in the beloved, multi-award-winning Worms series, is launching on Nintendo Switch from 23rd June. The release of the game, which first launched in November last year, will coincide with the availability of a brand-new and free arena: Spaceport Showdown.

A pre-order discount of 25% is available on digital edition purchases Nintendo Switch, with a physical release scheduled to arrive on 13th July.